Writing And The Movies 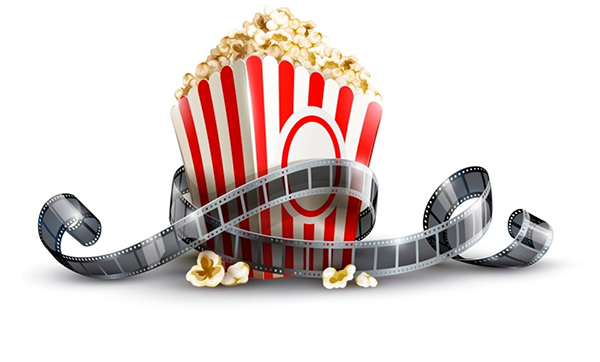 Years ago I watched a reality TV show that chronicled Jamie Oliver’s (at times desperate) attempts to teach a group of unambitious youth the art and craft of cooking, the idea being that they would go on to culinary school and, in due course, become chefs themselves.

As I say, that was the idea. I’m not sure how it turned out, but one scene from the program has remained with me through the years. Let me try to set this up.

One thing I learnt from Food TV, and from Jamie Oliver’s shows in particular, is what I call the number one rule of cooking: One must taste the food one prepares. Does it need more seasoning? Is it undercooked? Overcooked? And so on. All these questions can only be answered by tasting the food.

Obvious, right? But I hadn’t been doing it! This simple rule radically improved my cooking.

Back to Jamie Oliver’s reality show. This dictum I’ve just shared, what I’ve called the number one rule of cooking, is of course something Jamie Oliver shared with his proteges. So you can imagine how surprised he was when one of the aspiring chefs categorically refused to taste seafood. She wasn’t allergic to shellfish and she wasn’t a vegetarian. Shrimp, she said, were “icky.”

How, he asked her, can you expect to prepare seafood if you’ve never tasted it? How could you hope to prepare a dish—and prepare it well—if you have no idea how you want the dish to taste? (There’s a difference between liking something, and knowing how it should taste.)

Perhaps you can see where this is going. Just as a cook must be familiar with how a certain dish should taste (how else could she be sure she'd gotten it right?), so a writer must read within her genre and so be familiar with the kind of stories she writes/tells. This goes back to the (often repeated) first rule of writing: To write, you must read.

When I was a teenager, my friends and I would head down to the local theater every weekend. Every weekend. Sometimes we would even go on a weekday, though our parents (“You need to do your homework!”) tried to discourage this.

We ended up watching about 80% of the movies available in our area, and that includes art house pictures, though our little town didn’t have many of those.

Some movies we liked, a few we loved and there were what we called “the groaners,” movies so terrible we considered it our duty to warn others against them.

But, honestly, the true joy of going to see a movie had more to do with what happened after the movie. The group of us would head off to a restaurant to eat and discuss. It didn’t so much matter whether the movie was bad or good, what mattered was what we thought of it and why.

The members of our amorphous little group melted away over the years, drawn away by the demands of work or family.

And that was fine. In fact, I think we barely noticed as the group shrank and, eventually, died. Our lives had changed, we had drifted into adulthood, and the slow dissolving of the group seemed inevitable.

It’s only now, after a span of more years than I care to count, that I look back and feel it as the loss it was; and not just in terms of the strange, unconscious, camaraderie we shared, but in terms of ... well, in terms of the shared experience of story.

Until recently I had almost given up watching movies. After The Group had faded into memory I all but stopped going to movie theaters. I didn’t even watch many movies at home, though I hadn't realized this until the other day when I looked at a list of one hundred of the top rated movies of 2014 and realized I had watched four on the list. Four out of one hundred!

My mind plays the most devilish tricks on me. The moment I realized how few movies I’ve seen lately I remembered Jamie Oliver’s student, the one who refused to eat seafood.

Then I had an epiphany: That was me!

Yes, of course, I read, but story comes in many forms. I find that reading and watching a movie—even when both tell the same story—are different experiences. The point about the number one rule of writing—To write, you must read—is for writers to immerse themselves in story, which can only happen through a steady diet of all sorts of different stories by all sorts of different writers.

As I say, reading is essential for a writer, but I think it would be a mistake to neglect (as I have) movies.

First, there are practical considerations. Even a short book takes about three times as long to read as the longest movie takes to watch. Also, book clubs aside, I generally don’t read the same book at exactly the same time as my friends and there is something to be said for experiencing a story together.

And, finally, there’s something magical about sitting in the dark, having one’s senses assaulted with sound and light, having one’s mind teased and entertained with new ideas, vicariously experiencing (as much as we are able) how it might be for someone else, learning to walk in the shoes of another.

So. The point—one of them at least—of this rambling and somewhat ramshackle post is that I have resolved to watch more movies. My goal is to watch at least 50 of the movies in the top 100 list for each year, beginning with 2014.

I don’t know if watching more movies will make me a better writer, but it certainly couldn’t hurt!

What about you? How many movies did you watch last year? What about this year? What were your favorites? Did you watch what I’ve called a ‘groaner,’ a movie so bad you feel obligated to warn others away from it? If so, do tell!

Till next time, happy writing (and watching)!
Karen Woodward at 11:46:00 AM
Share