Getting Motivated To Write 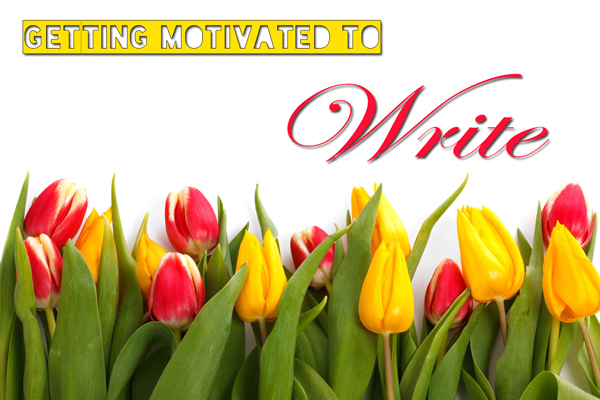 Let’s talk about getting motivated to write. That’s something I’m having trouble with at present.

That’s the bad news. The good news is I discovered an article that maybe—just maybe—will help me get back into gear. It’s called: This Fun Creative Writing Exercise Will Change Your Life.

With a title like that, I thought it was setting itself up for failure. But it is a wonderfully inspiring exercise.

I encourage you to read Joe Bunting’s article in its entirety, it’s great stuff, but for the tl;dr-ers among us, here are the essentials.

a. Write down the first thing that comes to mind.

The first thing that came to my mind was “boy.” Go figure. ;)

b. Think of something as different as possible from the thing you wrote down.

c. Repeat step (b) until you come to the end of the sentence.

That’s it! My example doesn’t mean anything, it’s gibberish, but it got me putting one word in front of the other and, after all, that is the essence of writing.

“When you do this exercise, write with the sounds of words in mind, not their meaning. Try out movie/historical/song/literary references, mashing them up with gibberish rhymes (e.g. “Twain’s hammersaw is bringing me low slow like a long bow“). Make up new words. Pay attention to the sounds of words. Try to come up with the most random noun you can. Then, put it next to a list of five verbs. DON’T use punctation (unless that sounds fun to you, of course).”

So, play the writing game and have fun.

And if that doesn’t work (or even if it does!) think about giving your writing space a makeover (see: Create a Warm, Low Light Workspace to Boost Creativity).