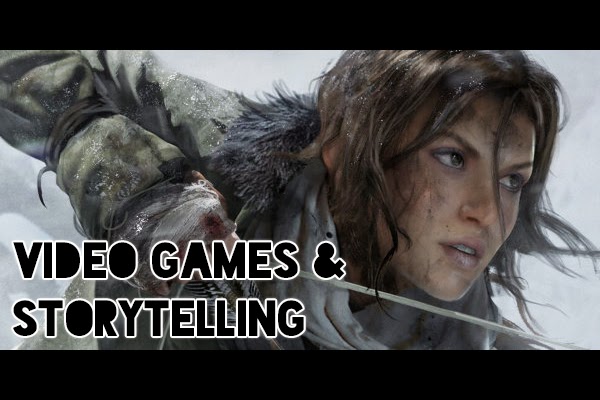 After The Accident I needed to get my mind off my (extremely minor) physical maladies so I re-subscribed to World of Warcraft (WoW) after an absence of about a year and a half.

BIG mistake. Games can be addictive.

I don’t know about you, but when I’m reading a suspenseful book I honestly can’t put it down. Yes, it’s a figure of speech in that no one has a cocked gun to my temple saying, “Read if you know what’s good for you. Read.” I keep saying to myself, “Just one more page” or “I’ll just finish this chapter.”

Uh huh. I read till the story is complete and fall asleep as the sun peeks over the horizon.

Games—certain games—are every bit as compelling as a suspenseful tale. Baldur’s Gate repeatedly kept me up way past anything resembling a normal bedtime and, lately, World of Warcraft has done the same.

But this isn’t a post about gaming addiction. No. It’s a post about how certain games—the games that have the ability to captivate me—have a similar structure to certain kinds of stories. And thus, perhaps, their appeal.

A stranger (and future hero) wanders into an isolated farming community that has a problem.

This problem could be anything from cattle rustling to zombies, but lets say that the town is overrun with gigantic ladybugs. They’ve eaten all the farmers crops and now brazenly wander the aisles of the supermarket.

The Mayor fears that after finishing off all the Pringles (you can’t eat just one) that the gargantuan ladybugs will begin chowing down on the townspeople. The town expects him to fix things, and if he doesn’t he’s never going to be reelected—the town will be gone!

The Mayor gives the stranger some weapons, asks him to please take care of things, and the hero walks into the supermarket to kick some Coccinellidae butt.

I’ve found that the first few quests of a game are pretty easy. This is similar to a story. In the beginning, despite what the hero might think, things are not so bad for him or her. They have it relatively easy—at least, compared to what’s in store for them!

This is where we set up the world—in a game we’re also letting the user get familiar with how to move around in it. In both a story and a game the hero wanders around doing minor tasks, making both friends and enemies.

This is the beginning, the ‘getting to know the world’ phase. Pretty soon, though, we come across ...

Our hero rids the supermarket of ladybugs but the next day they’re back. And now it’s not just ladybugs, now worms the size of a Buick wiggle down the street pursued by and a chicken so big it could feed a family for a year.

The mayor calls the hero over. “This is no good!” the mayor says, gesticulating wildly. “We keep killing the monsters but they just come back! We need to get to the bottom of things, see what’s causing this. And by ‘we’ I mean ‘you’!”

At this point the hero will talk to various townspeople, gather clues, be ambushed a couple of times, get into innumerable fights, until he/she  develops ...

The hero decides they know what’s going on and devise a plan to end things. Often, the plan goes horribly wrong. The reasons for this vary. It could be that someone the hero trusts has sold her out. It could be just that she guessed wrong. Whatever it is, the hero is led into one last, final, battle with the odds stacked against her.

In a game this is going to be the toughest fight, one that a gamer (at least, if they’re me!) will have to re-load and take several runs at. (In an online game like WoW this would mean failing the quest, abandoning it and picking it up again from the quest-giver.)

For instance, lets say that our hero discovers that the real danger to the ladybug infested town is Division X, a super secret branch of the government whose mission is to develop a cure for a particularly insidious disease. As a result, though, Dr. Iam Squicky stumbles onto the secret of everlasting life.

Unfortunately, there were a few accidents at the lab. The lab’s containment was breeched and, somehow, a unsuccessful batch of the formula had been released into the towns water supply. The ladybugs (worms, etc) were the first effected because of their size. Eventually, unless something is done, the same thing will happen to the human population!

When the hero informs the mayor of the fate that awaits every eligible voter in the town the small man nearly has a meltdown. “You have to do something!” he yells. “Name your price. Whatever it takes.” And then the hero goes off and handles things, defeating the Big Bad. At the end, the townspeople apologize for initially misjudging the hero and decide the town needs a new mayor. The End.

Of course that’s oversimplified. Normally the hero would have at least two allies, one of whom would be a bit shady. And there would be at least one enemy other than the Big Bad. And all these secondary characters would have their own, overlapping, story arcs.

- Initial problem.
- Initial problem is solved.
- Hero rewarded.
- Deeper problem revealed, hero asked to help out again. Perhaps the hero needs persuasion this time.
- Hero investigates, talks to people, makes friends and enemies.
- Hero takes an initial run at the problem but only makes things worse.
- Dark night  of the soul. The townspeople blame him for their troubles, etc.
- Hero solves the problem, figures things out. He knows how to set things right, he just needs a couple of gadgets/spells/etc.
- Final fight/showdown.
- Aftermath/cashing out the stakes.

If you’re a gamer and would like to share your impressions of your favorite game, what made it addictive for you, please do!