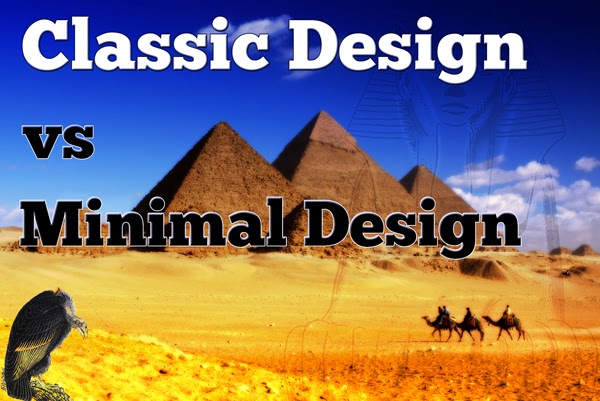 I know I said this blog post would either be about Part 7 of my series on Dan Harmon’s unique take on the structure of stories or I would delve into the beautiful dark heart of the gothic genre.

I’m going to do neither, because I came across a wonderfully informative post about story structure written by Deborah Chester. You can read it on her blog, Chronicles of the Scribe. It’s called Fighting for Story.

By the way, if you don’t know who Deborah Chester is, in addition to having written over 35 science fiction and fantasy books she holds the John Crain Presidential Professorship at the University of Oklahoma. In fact, she was Jim Butcher’s writing teacher back in the day and he dedicated his first book, Storm Front, to her.

Unless otherwise indicated, everything I talk about, below, has been drawn from DC’s post, “Fighting For Story.” I urge you to head over to her blog and read it for yourself. It’s stuffed to bursting with insights on how to write suspenseful prose.

Before we get going I want to talk a bit about what DC calls classic design. She writes:

“It [classic design] follows this pattern:  a protagonist pursues a goal despite the active opposition of an antagonist until the conflict escalates to an ultimate showdown and the protagonist prevails or loses.”

Also, in a classically designed story, there is an inciting incident that is the “catalytic moment of change in the protagonist’s circumstances that forces him or her to take action.” Further, at the end of the story, the “climax will resolve the protagonist’s problem one way or another.”

Chester’s object in writing “Fighting for Story” is to compare and contrast classic design with what she calls minimal design. She writes that “Minimal story design is where the protagonist is facing a problematic story situation but is reactive to it and may not necessarily be facing a direct foe.”

I’m acquainted with stories that use minimal design and—I won’t lie—I loved many of them! To each their own.

From what I can tell, the stories that DC refers to as minimally designed also (more or less) follow Joseph Campbell’s story structure. In what follows I’ll use American Beauty and Pulp Fiction as examples of minimally designed stories. One of the differences between these stories and, say, The Matrix (a classically designed story if there ever was one), is that the stakes seem to be handled a bit differently.

From the first scene of American Beauty we know Lester Burnham is going to die, we just don’t know who will kill him or how the deed is done. Or, really, why anyone could possibly be passionate enough about Lester Burnham to kill him. Aside from those not insubstantial questions, a large part of the appeal of American Beauty is voyeuristic (or so I would argue). We hover about the family unseen. Fascinated, we watch them implode.

In American Beauty no one person is a Big Bad, if anything fits that description it is the inevitability of endings and failure and death. It is the constant awareness of our own inevitable mortality. Wonderful movie. It’s one of my top 10 favorites. Pulp fiction as well. It’s a brilliant story that made me laugh and gasp in surprise and, yes, cry. And all the while being ever so slightly ironic. (Or maybe not ever so slightly.)

Pulp Fiction and American Beauty are two very different movies but, from what I can gather from “Fighting for Story,” both would be examples of minimal design. My own take is this: If that’s the sort of story that lives inside you—go for it! Write it.

Alan Ball wrote and produced American Beauty and then went on to create and write the hit HBO series Six Feet Under. Quentin Tarantino hasn’t had a bad career either. ;)

Now, I’m not saying that if anyone employs minimal design in their stories then stardom (as much as stardom is possible for writers!) is guaranteed. Quite the opposite. I believe that it is much more difficult to write a compelling story if one employs a minimal design. Ultimately, I don’t believe one kind of story is superior to the other. We as people—as readers and writers—need both. I read and enjoy both, but I do have a soft spot in my heart for a good classically designed story, a story such as Deborah Chester and Jim Butcher (and many, many others) write.

Sorry for the long aside, but I wanted to make it clear that I don’t think minimal design is in any way bad. Jim Butcher has had a few things to say about the difference between classically and minimally designed stories—even though he never, to my knowledge, used those exact terms. And, as usual, he puts it far better than I could. Although in this quotation JB’s focus is narrower than DC’s, I believe the general point comes through. Jim Butcher writes:

“Sticking with the purely craft-oriented standpoint, we'll start with a basic question: what makes a good character?

“FIRST AND FOREMOST, FICTION WRITERS, YOUR CHARACTERS MUST BE INTERESTING.

“I mean, come on. Who is going to want to read about boring people? I can do that in the newspaper, or in any history class. Increasingly, as our society moves into the MTV-Information-broadband-instant-gratification age, reader tolerance for the dull and the plain is going to go down.

“Bottom line: without interesting characters, your book is already dead. You can write something that flies in the face of this if you like, and people the story town of Plainsville with John Smiths, and who knows, maybe you'll create an immortal piece of literary art. But for poor slobs like me whose sons are suddenly wearing larger shoes than them, and who are looking with mild panic at the costs of a college degree, there are a couple of basic principles to think about which could really help you in all kinds of ways.” (Characters)

Now that we’ve gotten that out of the way, let’s see how we can employ Classic Design in our stories.

Ack! I’m at a thousand words. Well, I’ll leave the rest of this post till tomorrow. On Monday I’ll write about Deborah Chester’s tips on how to craft a compelling story your readers won’t be able to put down. Till then, have a great day, and good writing.
Karen Woodward at 1:24:00 PM
Share