The Dark Art of Blogging 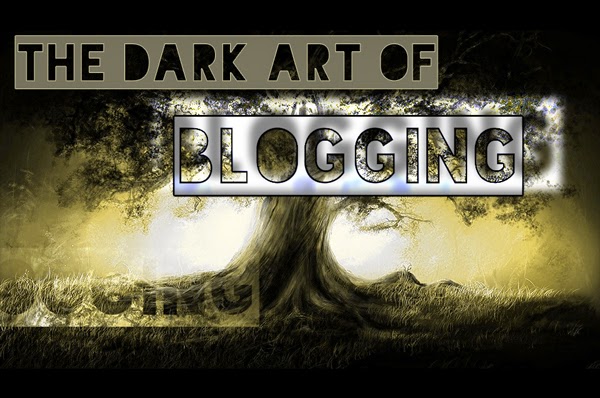 Yesterday a friend told me he needs to stop blogging. It was a shock, but I think it’s the right decision for him, and I strongly suspect he’ll be back one day in the not-too-distant future.

It made me remember a time when, years ago, I needed to walk away from blogging. I was the primary caregiver for my parents. They needed help in their last years and I was glad to give it.

During the worst patch, I stopped blogging for a few months. I had to. And, looking back, I’m glad I did. It was too much. In the odd half hour I could snatch for myself I needed to let my mind grope toward a static whiteness. At least, that’s what it felt like. Overload. I started hearing Scotty, “She cannae take any more of this, Captain! She’s gonna blow!”

Although I stopped blogging, I never stopped writing. Even if it was just scrawling down fragments of a story on the outside of torn envelopes.

It’s almost ironic that when one needs the most time to meditate, to be still and feel and struggle to make sense of the apparently senseless, that one actually has less time.

And, of course, I came back! I have my friends to thank for that. When it was all over, they kindly, gently, encouraged me to resume blogging. And when I did I realized how much it meant to me, how much I’d missed it.

So, looking back, I’m convinced that taking time away was the right decision. I think that if I had driven myself to keep blogging I may have ended up resenting my blog and, as a result, stopped for good.

How I Blog, My Process

For a while now I’ve meant to write a post about what I somewhat jokingly call my process. But, over the years, I have developed a certain system, a certain rhythm. I strongly suspect this is going to be different for everyone, but, for what it’s worth, here’s what I do:

The overwhelming majority of my blog posts begin life as a handwritten draft scrawled in my writing journal. This is a rough, rough, draft, more like a zero draft than a first draft.

Often, when I pen the first draft I’m not sure what the blog post will be about, I’m groping about for an idea. As I sit and write a theme usually emerges.

Everyone’s different, but for myself it’s important I handwrite this first draft. If I try and type it I often end up staring at a blank screen thinking about all the things I need to do that day. I’m not sure why this is, but often a theme won’t emerge. Here’s where the “dark art” of blogging comes in!

I’ve experimented with voice recognition programs like Dragon NaturallySpeaking but find I spend just as much time training it as I do using it to write!

I do sometimes use the voice recognition capabilities of my Mac, the program that comes with the operating system. Although it’s not as accurate as Dragon, I find it much more convenient since its only one keyboard shortcut away.

As I type in my first draft I reorder or delete paragraphs, fill in an idea or two, and so on. By the time the post has been transferred from my writing journal to my computer, I usually have a theme.

The next step is to read my post through from beginning to end. It now begins to take on it’s final form. If I still don’t know what the post is about, I lay it aside and come back the next day.

Then comes polishing, and inserting whatever links are needed. (In previous drafts I simply put “[link]” in the text to indicate I’ll need to hunt up a URL.) When that’s all done ...

I then ask my computer to read the post back to me. Often hearing my post will suggest editing changes. I try and eliminate rambling sentences that go on and on, with no period in sight, sentences where the point I was trying to make gets lost in the words used to make it; sentences like this one.

This is also where the lions share of actual editing takes place. Sometimes I’ll add another step and paste the whole thing from Scrivener to Word. Even though I love Scrivener, I like to use Word to expose my many grievous sins against the English language.

And that’s it! Or, almost it. I still need to paste my post into the editor over at Blogger, fill in the metadata, find a public domain or Creative Commons picture, alter the picture to include the title of the post, save the image as a .jpg file, and upload it. Then, finally, it’s time to press that big, beautiful, orange “Publish” button.

All in all it takes a few hours of work. But it’s worth it because the writing, the process, has become a living thing, like the beat of some wild subterranean drum. It’s something I love to do, something I must do. And, fate willing, I’ll be able to do it for a good long time.


That’s it! Thanks for reading. For my next post I’ll return to my series about Dan Harmon’s take on the structure of stories.
Karen Woodward at 11:57:00 AM
Share