Part 2: NEED - The Protagonist WANTS Something 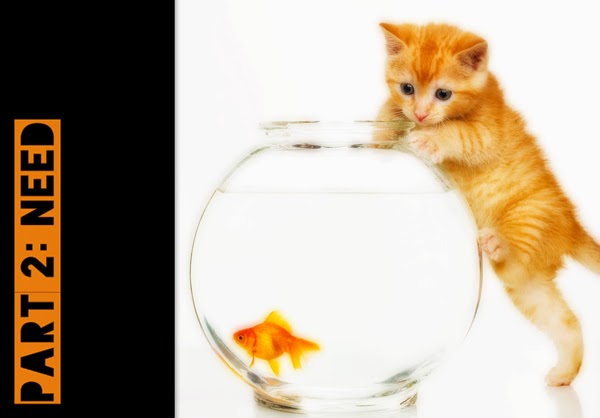 
In Part 1 (YOU) everything was hunky-dory. Even if things weren’t perfect, the protagonist was comfortable. Then something happens to the protagonist’s Ordinary World and knocks it off-kilter.

Now the protagonist is uncomfortable; now they have a NEED. Harmon writes:

“If this is a story about a war between Earth and Mars, this is a good time to show those Martian ships heading toward our peaceful planet. On the other hand, if this is a romantic comedy, maybe our heroine is at dinner, on a bad blind date.” (Story Structure 104)

“This is where a character might wonder out loud, or with facial expressions, why he can’t be cooler, or richer, or faster, or a better lover. This wish will be granted in ways that character couldn’t have expected.” (Story Structure 104)

This is where the protagonist receives the Call to Adventure. The Call can be about something internal (“I wish I was the life of the party”) or external (“I want to rescue the Ark” or “I want to discover the true nature of reality”).

“[...] a more literal, exterior “Call to Adventure” could come in, at the hands of a mysterious messenger, explaining to a dry cleaner that he has been drafted by the CIA.”

Often action movies have an external call to adventure. In the movie, The Edge of Tomorrow, the protagonist, Cage, discovers that the upcoming battle is a trap. If it occurs the aliens (Mimics) will win a resounding victory and the human resistance will be crushed. Cage’s need is to stop the battle from happening.

Refusal of the Call

The protagonist often Refuses The Call. Just because his life is complicated, this doesn’t mean he wants to participate in a high stakes adventure. His world may have problems, but at least they’re familiar problems. The devil you know.

The Refusal of the Call is something the audience understands. Why? Because, as Dan Harmon says, it’s all a part of the pattern, of playing out the rhythm. “We’re all scared of change.”