Part 1: Create A Protagonist Audiences Will Relate To 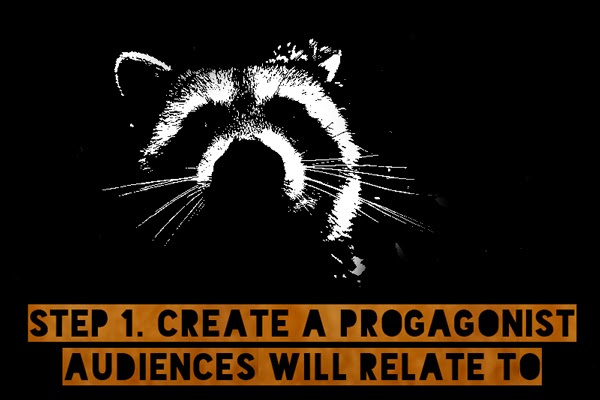 When YOU have a NEED you GO somewhere, SEARCH for it, FIND it, TAKE it, then RETURN and things CHANGE.

Yes, I wrote about this yesterday, but thought it would be helpful to reproduce the structural overview again and in more detail. All this is basically verbatim from Dan Harmon’s article, Story Structure 103.

Why Story Structure Is Important

Dan Harmon believes that “a story has to contain certain elements, in a certain order, before the audience will even recognize it as a story.” He believes that “our society, each human mind within it and all of life itself has a rhythm, and when you play that rhythm, it resonates.” (Story Structure 102)

“Whereas the health of an individual depends on the ego’s regular descent and return from the unconscious, a society’s longevity depends on actual people journeying into the unknown and returning with ideas.

“In their most dramatic, revolutionary form, these people are called heroes, but every day, society is replenished by millions of people diving into darkness and emerging with something new (or forgotten): scientists, painters, teachers, dancers, actors, priests, athletes, architects and most importantly, me, Dan Harmon.” (Story Structure 102)

“Now you understand that all life, including the human mind and the communities we create, marches to the same, very specific beat. If your story also marches to this beat—whether your story is the great American novel or a fart joke—it will resonate. It will send your audience's ego on a brief trip to the unconscious and back. Your audience has an instinctive taste for that, and they're going to say ‘yum.’” (Story Structure 102)

Sorry for all the quotations, but I wanted to establish WHY story structure is important. I’ve read other people on this issue, but have found Dan Harmon’s explanation the most persuasive.

Now let’s examine the structure itself.

1. YOU - Establish A Protagonist - Pity

A writer needs to give their audience a place to land. Dan Harmon writes:

Agreed. Stephen King is brilliant at this. If you doubt me, read the first few paragraphs of “The Shining.” The real question is, how is it accomplished?

For the big and little screens it seems relatively easy: show them a character. Dan Harmon writes:

“You’d have to go out of your way to keep the audience from imprinting on them. It could be a raccoon, a homeless man or the President. Just fade in on them and we are them until we have a better choice.” (Story Structure 104)

But what about writers? Is it as simple as writing, “So there was this guy, see, and ...”?

Yes and no. Harmon writes that an audience will relate to a character that evokes pity. He writes:

“Fade in on a raccoon being chased by a bear, we are the raccoon. Fade in on a room full of ambassadors. The President walks in and trips on the carpet. We are the President. When you feel sorry for someone, you’re using the same part of your brain as you use to identify with them.” (Story Structure 104)

I’ll be honest, that took me off-guard. I was ready for Harmon to say something about the character’s goal being just, or them being skilled at something. But pity ... I wasn’t expecting that.

Though, thinking about “Community” and movies like “Die Hard” or even “The Princess Bride,” it fits. Just about every character I’ve strongly identified with has a flaw, often a deep one. But I hadn’t thought of the flaw in those terms, as connecting the character to the audience by invoking pity. Brilliant!

Creating A Character Your Audience Can Relate To: Have Them Do What The Audience Would

Here’s Dan Harmon’s advice: Have your protagonist always do what the audience would do. He writes:

“The easiest thing to do is fade in on a character that always does what the audience would do. He can be an assassin, he can be a raccoon, he can be a parasite living in the raccoon's liver, but have him do what the audience might do if they were in the same situation. In Die Hard, we fade in on John McClane, a passenger on an airplane who doesn't like to fly.” (Story Structure 104)

But there is a limit. Harmon warns:

“Like anything adhesive, our sense of identity weakens a little every time it’s switched or tested. The longer it’s been stuck on someone the more jarring it’s going to be to yank it away and stick it on someone else.” (Story Structure 104)

Introduce the protagonist early and make them the focus of the story.

That’s it! My next post will be about the second part of Dan Harmon’s story structure, the character’s NEED. See you then and good writing!