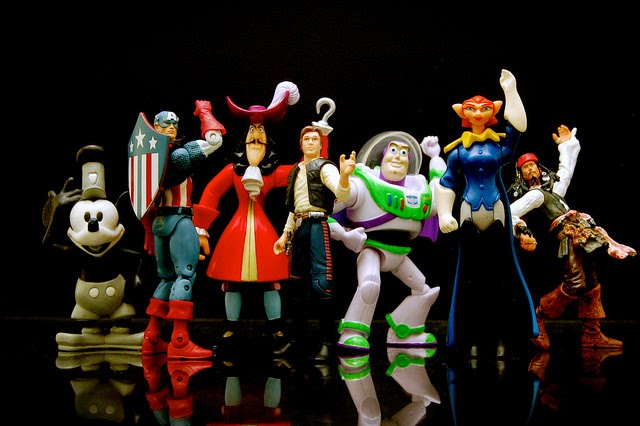 As you’ve likely heard again and again, to be commercially competitive in today’s market your story’s opening has to shine.

Although an opening can be good—even great—without each of the five characteristics we began discussing on Friday, it’s not a bad idea to know what they are and to try and include as many as your story will allow (more on that in a later post).

On Friday we looked at one of these characteristics: immediate action. (If you would like to take a look at that article, here’s the link: Story Openings: Five Choices.) Which is to say that something interesting and memorable should happen right off the bat.

Today let’s look at the second characteristic of a great opening: meeting the protagonist as soon as possible and throwing some trouble at them.

2. Seeing the protagonist in a pinch

If you read the first article in this series you’ll know that these five points are from Chris Winkle’s wonderful must-read article: The Keys to a Great Opening Scene.

“Think of it this way: you get +2 to audience attachment if you open the story from the viewpoint of your protagonist. Don’t give that up easily.”

I agree! In principle.

As a reader I’m going to be sticking with the protagonist through the lion’s share of the story, after all, the story is an account of how this person overcomes obstacles to achieve their goal. I don’t want to read about a minor character who dies after a few pages only to discover that I don’t much care for the protagonist and that I’m completely unsympathetic with her goal.

As a writer I want to hook readers early. I want them to care about the protagonist and whether she can overcome the obstacles in her way and achieve her goal. If they become attached to a minor character who dies I’ve lost all the momentum I’ve built up. Also, often Chapter One, in addition to having all new characters, will take place in a different setting. It’s like beginning over from scratch. Not optimal.

We’ve seen that there are substantial drawbacks associated with not opening a story with the protagonist. You might wonder why, given this, it’s such a common way of beginning a story! CW answers this question when he writes:

“What I don’t recommend is the common practice of highlighting the villain in the opening instead of the protagonist, through the eyes of a redshirt. This is done to allow action and set tension, while keeping the main character in a state of blissful ignorance about the big problem at hand. It does that effectively, but it keeps writers from [introducing the protagonist at the earliest possible moment].

Exactly. Opening scenes—I think of them as trailers but they’re often called prologues—are used when we need action at the beginning but we’re not going to introduce the Big Bad until later on in the story. For example, George R.R. Martin uses the prologue of “A Game of Thrones” to introduce the threat that lies beyond the Wall, the white walkers.

For example, recall the first few scenes of The Matrix where Trinity runs from the Agents. I’d bet that no one, after watching that incredible, impossible, opening sequence, went: “Meh. I don’t know; same old, same old.”

I read an article about the psychology of flow a couple of days ago, “that state of intense focus and crisp sense of clarity where you forget yourself, lose track of time, and feel like you’re part of something larger.” Yes. That. When I watched the opening of The Matrix I think I forgot to breathe.

From a story perspective, I thought the trailer worked because it allowed us to meet the antagonist (even though the Matrix itself was the ultimate antagonist, its agents were the embodiment of that force) and still watch Neo’s journey from ignorance to knowledge, something that wouldn’t have been possible if he was forced to confront the antagonistic force himself.

But Chris Winkle has an excellent point. When I realized Neo rather than Trinity was the main character I was a wee bit disappointed, but in that case it didn’t matter. After the first half hour the story had swallowed me whole; there was no way I was leaving the theater until the credits started rolling.

And, yes, The Matrix was a movie but the same principle applies to stories told in novel form. If you present the average reader with a captivating story they’ll stick around. If the author pens a fabulous trailer/prologue they’ve demonstrated what they’re capable of, what the gist of the story will be, and, based on that, readers can decide whether they want to stick around.

When a prologue/trailer can lose readers.

Now, I’ll admit, that strategy doesn’t always work. Sometimes I’ll stop reading. But I’ve found that when I put the book down three things are usually true of the story:

a. There’s been a radical change of setting.

If I’m introduced to a uniquely interesting setting, if that’s a part of what interested me, then if the setting changes and changes in such a way that I think the change is permanent, my disappointment might be enough for me to set the book aside.

b. There’s a complete change of characters.

By this I mean that the character one reads about in the introduction seems to be in no way related to the characters that come after. The characters in Chapter One aren’t connected to the person in the trailer by family or profession or ... well, anything!

As we’ll see later when we discuss specific story openings, “Relic” by Douglas Preston and Lincoln Child avoids this by making the connection between the redshirt of the trailer and the main characters obvious from the beginning. They are all anthropologists and we know the redshirt has found and sent back something mysterious and dangerous that will form the core of the novel. As a result, the trailer feels like an integral part of the story.

I think it’s a good idea to show the connection between the redshirt and the protagonist as soon as possible. That is, within the first few pages of Chapter One. The connection doesn’t have to be spelled out in minute detail, but there has to be some connection, no matter how tenuous. But, well, maybe that’s just me!

I’ll take this topic up again on Wednesday when we look at point number three: being introduced to a mystery. Stay tuned!

Photo credit: "The Court of Disney Captains" by JD Hancock under Creative Commons Attribution 2.0.
Karen Woodward at 11:56:00 AM
Share