Writing And The Three Secrets of Magic 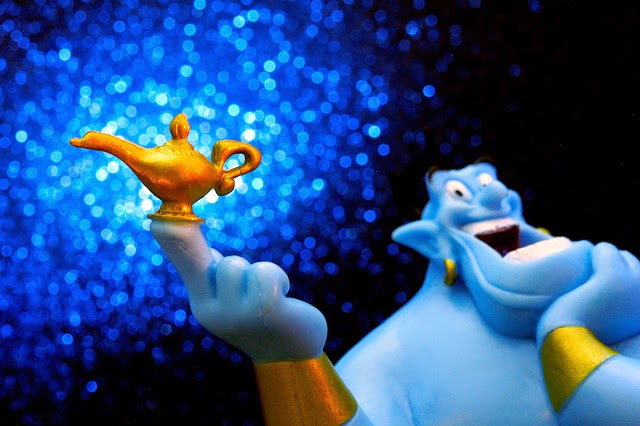 I’m going to take a break from my series on story openings (I’ll come back to that on Wednesday) to look at what Ferdinando Buscema calls the three secrets of magic. I want to look at how these principles might help you as a writer.

Before I do that, though, let me tell you why this subject interests me. When we write—at least, when we write fiction—we create. We create entire worlds and populate them with continents and people and cultures and social norms and ... well, everything.

In doing so—the purpose of all this creation—is to create a reality for our readers. Yes, sure, it’s a reality you can’t hold in your hand or react with in any sort of physical way, but it does, still, have a certain sort of shadowy (or not so shadowy) existence.

Since Ferdinando Buscema’s three secrets of magic are about how imagination can create reality, I thought they might be interesting to writers.

Ready? Here they are:

1. “Reality is not always what it seems to be.”

I would agree with that. Gestalt psychology teaches us that what we see depends as much upon our mind as it does our eyes. Take, for example, the rabbit-duck illusion. 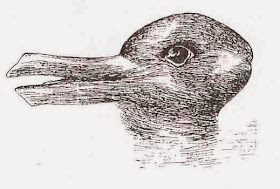 When one first sees this image one sees either a rabbit or a duck (or, if you’re like me, a mass of nonsensical squiggles). After a while though, if one looks at it long enough and concentrates upon the lines of the drawing, one can often come to see the lines as forming both a rabbit and a duck.

At this point you might be wondering: Who cares? The point is that our mind, our expectations, influence what we see as much (or perhaps more than) what is ‘out there.’ And that’s ... well, mind-blowing!

“[For all of] history men questioned [...] the nature of reality. Is reality only what we can see with our own eyes and touch with our hands? Or is there more than meets the eye? Maybe there are things that exist even if we don’t perceive them directly. Over the ages, mankind created many narratives, different stories to explore the concept of reality. Be it Plato’s Myth of the Cave, or the Veil of Maya of Eastern philosophies, or modern cinema renderings of The Matrix or The Truman Show, these different narratives point their finger towards the same conclusion: our perceptions are limited and any model of reality we design is a pale representation of what’s “out there”. Explicitly, the function of art and the role of the artist is to interpret reality through his own point of view, showing novel slices of reality that others might not get through their limited eyes. In the words of Paul Klee ‘Art does not reproduce what is visible, it makes things visible.’”

When I first read this I was skeptical. For me reality—external reality—is filled with kickables (like this table I’m writing on) that are made of atoms which combine to make molecules, and so on.

Though I do absolutely believe that, for example, one’s reactions to another person, what one imagines they’ve said, or their imagined motivations, can decide what will follow. It could be a fight. It could be a reconciliation. It could be complete indifference depending upon the mindset of each individual.

In that sense, I believe how we perceive the world, how we imagine it to be, can create reality. Which is one reason it’s often a good rule of thumb to assume the best (but still prepare for the worst).

“I believe that every artist, of every school and at any time, agrees with this. [Our imaginations] [...] shape reality and navigate through the multiplicity of planes. In the wonderful words of musician Peter Gabriel, “All of the buildings and all of the cars, were once just a dream in somebody’s head.” In other words, all that surrounds us, before manifesting in the material and objective reality, was born in the form of an idea, an intuition, a thought or a vision in someone’s mind. And so, believing in magic – which sounds like an outdated superstition – means believing in the supreme power of the imagination to shape reality. As neurosciences has validated, to a great extent, we are and we become what we think.”

Just the other day as I was reading about Amazon’s latest gadget, the Echo, it struck me how many things we have in todays society that wouldn’t be there except for someone’s idea, someone’s imagination. For me, the Echo is very much like the communicator on Star Trek. Yes, Amazon Echo is much bigger—one can’t pin it on one’s shirt—but its mind is the cloud; the device itself is just a fancy speaker.

That’s just one example. When I first saw the iPad I thought: that’s Picard’s tablet!

In this sense (and likely many others) what we think, what we imagine, most definitely shapes reality. (Or perhaps we could say that it shapes our future reality.)

This is the statement I had the most trouble with. My table is not made up of words, it’s made up of atoms which form molecules, and so on. But I think I was being too literal. Here’s what Ferdinando Buscema has to say about it:

“Magic is the art of the word that enchants and has concrete effects upon the world. The words that we speak shape our reality more deeply than we generally acknowledge. [...]  Nowadays, along with the traditionally known languages, we have witnessed the emergence of a new breed of codes whose effects on reality are absolutely concrete. I’m talking about computer programming languages. These nomad codes are the new esoteric languages, which are totally obscure and mysterious to whoever is not initiated into the technology. [...]

“Be it words or computer codes, reality is ultimately made of symbols. We navigate in a forest of symbols, which are abstract entities, whose effects upon reality are absolutely concrete, as anyone who is working in branding or advertising knows very well.”

Certainly I think this is true for one’s perceptions of reality, or perhaps (to put it another way) one’s internal reality. (Which would seem to imply that one can separate the observer from the observed, but I’m okay with that.)

Keri Smith and her book, “The Imaginary World of ___.”

which, in a way, is all about change and the art of creation.

Change is good, right? Certainly if you’re writing a story you want things to happen. Without change there’s no movement, without movement, there’s stasis. And that’s just dullsville.

How do we instigate change? Change in ourselves, change in the world? To paraphrase Keri Smith:

One instigates change by imagining something different.

It doesn’t matter what is imagined, as long as it’s something new.

Viewed this way we can see that being a writer is the most profoundly powerful and exciting profession possible.

Think about it. If Keri Smith and Ferdinando Buscema are correct about imagination creating reality then we would have the power “to transform society and culture at large with our words and ideas.”

As Keri notes, if we really got behind this idea we would be be modern alchemists. She writes: “Just by documenting our ideas, we can begin the process of change.”

What are you waiting for?

Note: At the end of my last post I promised my next one would be about how to use the Tarot to get ideas for writing a scene. I’m still going to write that post! Probably next week, either Wednesday or Friday. Stay tuned!