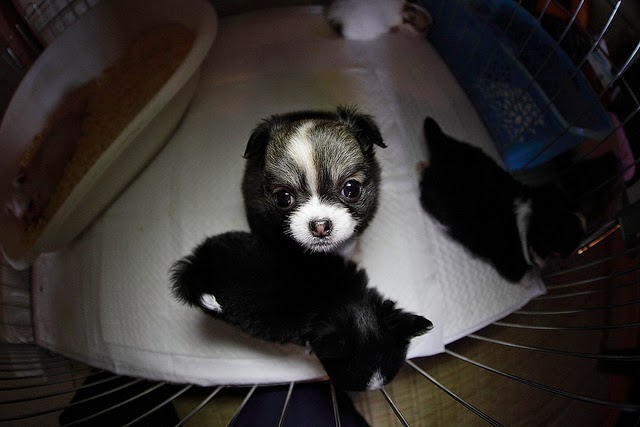 The character story opening is my favorite kind of opening, though it’s arguably the trickiest to pull off.

At the moment I’m on a Gillian Flynn reading jag. Her books, all but the first, start out with strong, shocking, character descriptions.

“I have a meanness inside me, real as an organ. Slit me at my belly and it might slide out, meaty and dark, drop on the floor so you could stomp on it. It’s the Day blood. Something’s wrong with it.”

Dark Places is (or so it seems to me, I’m about 25% of the way through) a mystery wrapped in a horror story. But not supernatural horror, not the kind one can laugh off after leaving the theater. This is about something that feels real, the sort of thing we hear about on the news and are enraged by, or crushed by, for a few hours or days until the ebb and flow of our daily lives draws us back and makes us forget the evil that lurks beneath the skin.

Gillian Flynn smashes off a chunk of that evil and forms her all-too-human characters with it.

But perhaps horror isn’t your cup of tea. (It would make a nasty cuppa, black and bitter and deadly.)

Here’s one of my favorite first paragraphs:

“Samuel Spade's jaw was long and bony, his chin a jutting v under the more flexible v of his mouth. His nostrils curved back to make another, smaller, v. His yellow-grey eyes were horizontal. The v motif was picked up again by thickish brows rising outward from twin creases above a hooked nose, and his pale brown hair grew down—from high flat temples—in a point on his forehead. He looked rather pleasantly like a blond Satan.”

Yes, this is also a descriptive opening, but it gives us a peek (if I may put it like this) into the protagonist’s soul. It gives us a broad hint at exactly how difficult Sam would be to manipulate and how far he might take things.

Why Do These Openings Work?

I want to write a longer post on why certain openings are effective but, here, I’d say that both openings surprise (perhaps even shock) the reader. Also, both openings have an intimate tone. And both these protagonists are, let’s face it, strange.

Most importantly, though, each opening raises questions.

In Dark Places the question is one of nature vs nurture. One asks: Why does the protagonist (Libby Day) have a meanness inside her? Is she correct, is it a matter of who she is, a matter of her blood? Is it the case that there’s something wrong with her and it doesn’t matter what she does, it’s always going to be there? Or perhaps something, something horrible, happened in her past, something that changed her, that warped her. Something that, perhaps, can be at least partially undone. And if so, what was it?

This is a terrific opener for the book because those questions form the core, the irregularly beating heart, of the story. They never go away, they just become more and more urgent.

There are good reasons to not start a story off by looking into the soul of the main character. Many folks need their curiosity peeked first, they need to know a bit about the underlying story before they can be interested in a particular character.

Don’t believe me? Read Stephen King’s retelling of “The Hook” (found in Danse Macabre), an urban myth that has a strong plot (that has narrative drive, suspense, etc.) but hardly any characterization. I wanted to reproduce it here but it was too long. If you do, imagine you and your friends are leaning forward into the warmth of a dying fire while one of you tells the tale.

(Here is a link to The Hook over at Wikipedia; it’s not as good as Stephen King’s retelling but it will give you an idea what the story is if you’ve never heard it before.)

“The story of The Hook is a simple, brutal classic of horror. It offers no characterization, no theme, no particular artifice; it does not aspire to symbolic beauty or try to summarize the times, the mind, or the human spirit. [...] No, the story of The Hook exists for one reason and one reason alone: to scare the shit out of little kids after the sun goes down.” (Stephen King, Danse Macabre)

And I think Stephen King would agree that the same could be said for most urban myths.

Why does The Hook work? Call it whatever you want, dramatic tension, narrative drive or suspense.

My point (yes, there is one!) is that we often need whatever it is that the story of The Hook possesses, we need it at the beginning of the story to seduce readers into caring about the characters, to get the story rolling.

I’m not putting this forward as a rule (there are no rules in writing) and as we’ve seen, some authors are brilliant at character introductions, so I would never try and discourage someone from starting their story off this way. It’s just, depending on the story and the style of the writer, more difficult to grab readers from the very first sentence.

So. That’s my take on why most openings are plot oriented rather than character oriented. Tomorrow we’ll take a look at humorous openings and try to pin down what makes something funny.