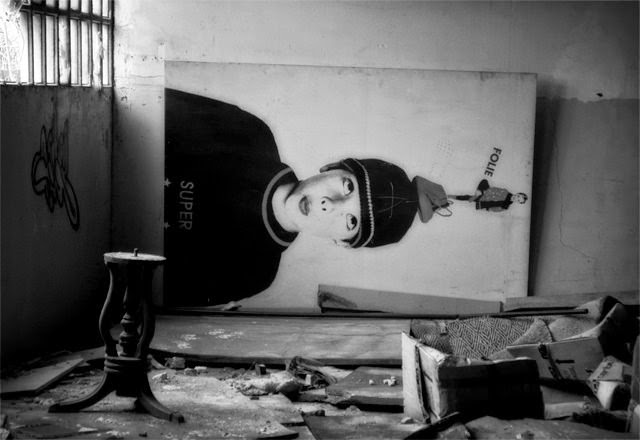 On the 31st I began a series on Story Openings and claimed—boldly—that there were six. Well, more or less six; I suppose it depends on how one looks at it. Today I’d like to examine what I’m calling the Puzzle opening. (Here is the first post in this series: Six Ways to Begin a Story.)

I think of a puzzle opening as any kind of opening which isn’t primarily a description or that doesn’t primarily communicate conflict but which has been constructed to disorient and intrigue the reader.[1]

This can be done in a number of ways. For instance, by mentioning something impossible (or very unlikely) so the reader wonders, “What’s going on here, how can that be?” and reads on.

It was a bright cold day in April, and the clocks were striking thirteen. (1984 by George Orwell)

When I first read this sentence the mention of the clocks striking thirteen immediately got my attention. I was curious. What? Striking thirteen? It’s not an expression I had heard before.

“But notice in this opening line that it isn't just one clock malfunctioning, but the clocks. Presumably all of them. In this world, the clocks striking thirteen is not an aberration, but a normal way of life.

“In this way, Orwell subtly alerts the reader that statements of truth in this fictional society should be called into question.”

Here’s another opening I think of as a puzzle opening ...

“It was a wrong number that started it, the telephone ringing three times in the dead of night, and the voice on the other end asking for someone he was not.” (City of Glass by Paul Auster)

Here the protagonist gets a call from a stranger, a call that was intended for someone else. But this event sets the events of the book in motion. The question: How could a wrong number do this? Did he know the caller? Did the caller not believe him when he denied being who the caller believed he was? What was the call about? And so on.

The question raised: Why doesn’t this child grow up? What is special about him? I found the idea fascinating and tragic. (Tragic because, at the time, there was nothing I wanted more than to grow up. Oh how things change. ;)

Of course there’s a certain amount of overlap. To me the first line of Kafka’s “Metamorphosis” is more about conflict than it is a puzzle but it also contains a puzzle: How on earth did this happen? Though, of course, the story is more about what happens than why it happened or even what kind of critter Gregor Samsa became.

That’s it! We’ve covered descriptive openings, conflict filled openings, puzzle openings. In the not too distant future I’ll cover archetypal openings, character driven openings and humorous openings. I think, though, that in my next post I’ll explore the tarot and how writers can use it to get inspiration for a scene.


1. I want to stress that when I say an opening is of a certain kind, say a descriptive opening, I don’t mean to imply it doesn’t, for example, contain elements of conflict.