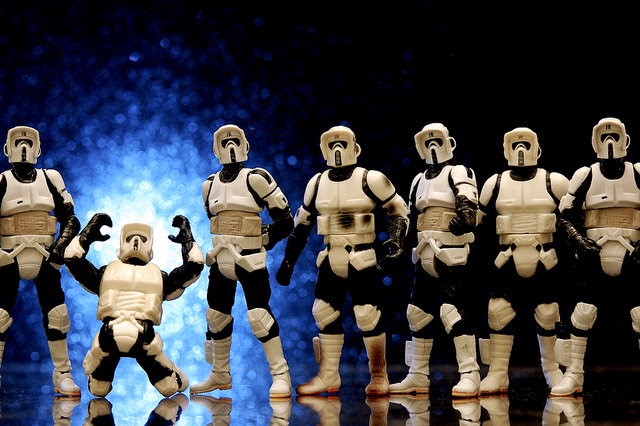 I’ve always been in love with the idea of re-imagining one of the fairytales I adored as a child, telling it again in a way that preserved what made me love it in the first place but bringing it into the present day. I think that might be why I took to urban fantasy like a fish to water.

Various Ways To Transform A Story

I mentioned, above, bringing a fairytale into the present—that is, changing the setting—but there are other ways to transform a story. A writing site I discovered recently (writeonsisters.com) published a terrific article: 6 Tips for Re-Imagining a Classic Story. What follows was inspired by that article.

Make a list of tropes used in the story.

If you’re not sure what tropes were used, or you’re not completely sure what a trope is, tvtropes.org is your friend. It has every trope in existence and helpful souls have already broken many tales, both modern and classical, into their constituent tropes. (See, for example, their analysis of the tropes in Snow White—if you’re looking for the Disney version, go here.)

Now play with the story by adding new tropes or by removing existing ones.

Change one of the key elements of the story.

I’ve already mentioned changing the setting and reimagining the story in the modern era, but one could also change the plot. For example, we could re-visit the story of Little Red Riding Hood but at some time before or after her encounter with the wolf.

Or—something which would be all kinds of fun and so, as one would expect, has been done quite a bit—we could re-imagine the plot and, say, change the ending.

Another option still is to tinker with the characters themselves and make, for instance, Little Red the villain of the piece.

You’re likely familiar with one amazingly successful attempt to reimagine a classic tale: BBC’s version of Sir Arthur Conan Doyle’s Sherlock Holmes stories (Sherlock). But there are many other shows in this vein, Sleepy Hollow for instance. There are others, many others, but these two I love and look forward to new episodes with an almost religious fervor.

By the way, I took a peek at a review of “Dust City” by Robert Paul Weston and came across this line: “When your dad is the wolf who killed Little Red Riding Hood, life is no fairytale.” That line makes me want to read the book.