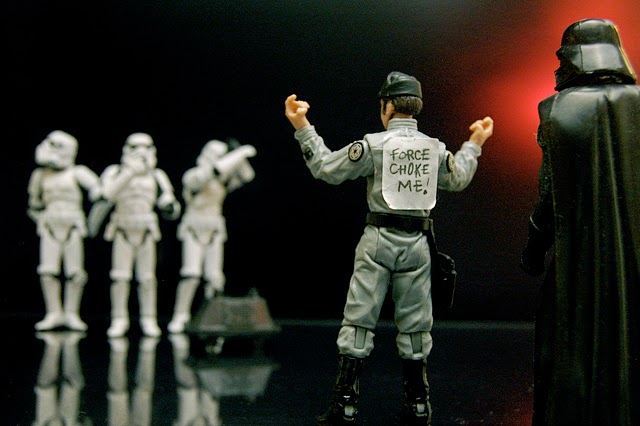 I think that comedy and drama go hand in hand and, clearly, I’m not the only one.

(BTW, this post is part of a series on story openings. Here’s the first post: Six Ways To Begin A Story. At the bottom of that post there’s an index to all the other posts.)

These days even non-writers know who Vince Gilligan is. Breaking Bad has zoomed past popular to become a cultural phenomenon. And it’s obvious why. The show is well written, well acted, well produced. There’s something, though, I haven’t heard a lot of people talk about. I came across it the other day when I listened to the Breaking Bad insider podcast. Gilligan said that every scene had to have two things: a goal and something humorous. Gilligan believes that comedy and drama are two muscles in the same arm. (see: Vince Gilligan and the Dark Comedy of ‘Breaking Bad’)

Which brings us to the question ...

What’s funny varies from person to person. One person will love puns while another can’t stand them, one person laughs at things another would find insulting. And so on. But, really, this isn’t all that different from prose writing. One person loves science fiction, another hates it. One person likes fantasy, another rolls their eyes at it. And so on.

Still, people can learn to be funnier.

The examples below are from the article 30 Funniest Opening Lines of Books.

1. “I don’t know how other men feel about their wives walking out on them, but I helped mine pack.” (Breaking Up by William H. Manville)

2. “I come from Des Moines. Somebody had to.” (The Lost Continent: Travels in Small-Town America by Bill Bryson)

3. “For the better part of my childhood, my professional aspirations were simple. I wanted to be an intergalactic princess.” (Seven Up by Janet Evanovich)

4. “In our family, there was no clear line between religion and fly fishing.” (A River Runs Through It by Norman Maclean)

5. “It can hardly be a coincidence that no language on earth has ever produced the expression ‘As pretty as an airport.’” (The Long Dark Tea-Time of The Soul by Douglas Adams)

So, again, my question is: What characteristic, what property, what aspect of these openings makes them funny?

The Principles of Humor

This section heading is somewhat tongue in cheek since I don’t believe there are any hard and fast rules to being funny. There is no algorithm that will produce the comedy of Jerry Seinfeld. The principles that follow are merely starting points, gestures toward something one must find within themselves.

Repetition sets up a joke by creating an expectation. When this expectation is subverted we often smile (or laugh or howl or whatever) if it’s done cleverly. There are various kinds of repetition.

a. The Rule of Three

“Writing comedically usually requires establishing a pattern (with the setup) and then misdirecting the reader (with the punch line). One simple way of doing this is to pair two like ideas in a list and then add a third, incongruent, idea. [...] Here’s an example of a sentence using the Rule of Three: Losing weight is simple: Eat less, exercise more and pay NASA to let you live in an anti-gravity chamber.” (How to Write Better Using Humor)

Here’s another example, this time from Good Omens by Neil Gaiman and Terry Pratchett:

“Many phenomena – wars, plagues, sudden audits – have been advanced as evidence for the hidden hand of Satan in the affairs of Man, but whenever students of demonology get together the M25 London orbital motorway is generally agreed to be among the top contenders for Exhibit A.”

Here the first two items in the list are wars and plagues. Nasty stuff. Not the sort of thing people laugh about. Then: sudden audits. We’re not talking about the same level of soul-sucking horror, but ... Anyone who’s had to do their taxes gets the joke.

I said, above, that certain kinds of comedy rely on misdirection. This works especially well with phrases your readers have heard/read many times and are, perhaps, slightly bored of. Cliches. As Leigh Anne Jasheway mentions, if one writes, “You can lead a horse to water …” readers can’t help but anticipate reading “… but you can’t make him drink.” When that expectation is subverted the reader is ever so slightly confused, but there’s something pleasant about looking at something old in a new way. We’re a curious species.

Leigh Anne Jasheway uses the title of Sarah Snell Cooke’s Credit Union Times article as an example: “You Can Lead a Horse to Water But You Can’t Make Him THINK.” She writes:

“Don’t limit yourself to old idioms: Cliché jokes can work with any widely known catchphrase, title, lyric or piece of literature (say, Dr. Seuss). Lyla Blake Ward’s book How to Succeed at Aging Without Really Dying, for example, is titled with a play on the well-known musical How to Succeed in Business Without Really Trying. You also don’t need to confine your creativity to just replacing a word or two.” (How to Write Better Using Humor)

A final example because I love his writing: The title to Terry Pratchett’s book “The Fifth Elephant.”

In Five Practical Tips on Writing Humor Alex Shvartsman writes that the comparison joke is a writer’s best friend. His example:

The Game of Thrones is a lot like Twitter: There are 140 characters and terrible things are constantly happening.

That’s good. As Alex Shvartsman points out, your audience has to know a bit about both the Game of Thrones and Twitter for this joke to work, but if they do, it’s funny.

3. The Absurd and Hyperbole

Woody Allen in his article, Money Can Buy Happiness—As If, writes:

“The final tragedy was Milo Vorpich. When Merrill Lynch went under, Vorpich put everything he owned into his mattress. All deposits and withdrawals were made from his Sealy Posturepedic.”

That made me smile. The image of a banker making deposits and withdrawals from ... not just a mattress, but a specific kind of mattress, a Sealy Posturepedic. It’s absurd. The two ideas the joke is based on (keeping money in a mattress and someone making deposits and withdrawals from a bank account) are perfectly normal, but put them together and the result is pleasantly absurd.

I promised I would talk about which principles were involved in the examples I chose, so lets go through them. I’ll look at three things: a. repetition, b. comparison, c. the absurd.

1. (“I don’t know how other men feel about their wives walking out on them, but I helped mine pack.”)

b. There is a comparison. How other men feel vs how the narrator feels.

c. The absurd. Yes, I think this qualifies. Not many men would help their wives pack ... well, unless their idea of helping was to throw her things out the window!

The principles involved, here, seem essentially identical to (1). Again, there’s no repetition as such, but whatever I expected to read after the first sentence, it wasn’t “Somebody had to.”) Also, there seems to be an implicit comparison, the people who come from Des Moines (if we are to believe the author, a set of one) and everyone else. I’m not sure, though, if suggesting that no one other than the author has left the town qualifies as absurd.

3. (“For the better part of my childhood, my professional aspirations were simple. I wanted to be an intergalactic princess.”)

I’m beginning to see a pattern here! It seems that what all the sentences I chose as examples share is: they subverted my expectations in a way I thought was clever.

That’s it! If you have an example of a humorous opening you especially liked, please share it.

My series on story openings is nearly done, only one is left: archetypes. I’ll try and get to that on Monday. Thanks for reading!