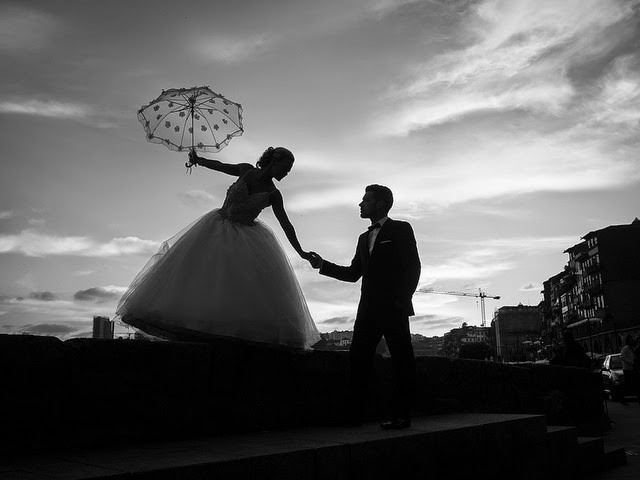 A well-written opening reflects the kind of story you’ve written. If it’s a horror then the opening should communicate this; similarly for romances, mysteries, westerns and so on. While many stories employ archetypes—in fact, I think that the very best stories always do—the level of involvement varies.

Before I discuss that, though, lets talk about the difference between archetypes and stereotypes.

I think of a stereotype as a solid unchanging but shallow impression, with the added sense that it doesn’t truly reflect the person portrayed. That is, it doesn’t accurately represent the humanity, the deeper truth, of the situation.

We have all been alone in the cold dark and felt things glide silently through the darkness, coming for us. When we write a story about such things, such shared experiences, even though we might not have the writing skill of, say, Gillian Flynn, our readers are there with us. They are inside our character’s skin and it is the reader’s awareness of being in similar situations, that archetypal awareness, that connects them to that character.

Given that definition aren’t all openings archetypal?

I believe that all effective openings are archetypal to some degree, but that some are more so than others. For example:

“This is the saddest story I have ever heard.” (The Good Soldier by Ford Madox Ford)

Anyone who has ever been very sad (and who hasn’t?) can connect with this. In that sense, this is an archetypal opening. It would have also worked if instead of “saddest” the author had used “most horrific” or “bloodiest” or “most profane,” and so on. Choose your superlative ... though “most boring,” although archetypal, wouldn’t have the same punch.

Carl Jung was one of the first to notice the archetypal nature of myth, folktales and what, today, we call urban legends. Take, for instance, one of my favorite folktales: Baba-Yaga and Vasilisa the Fair. Here’s how one version of that tale begins:

“A long time ago there lived a merchant and his wife; they had one child, a girl called Vasilisa. One day the mother placed a little doll in the child's hands, she said, ‘My child, I am dying. Take this doll as my blessing. Always keep it with you and never show it to anybody. If anything bad happens to you, give the doll food and ask her for guidance.’ Shortly afterwards the mother died.”

This opening got my attention. Yes, a question has been raised here (If the child feeds the doll will it give her guidance?) but I feel that the archetypal nature of the story is announced by the mother’s death.

The death of those who raised us, who nurtured us when we were children, is (unfortunately) something that connects us all. It is something that, even though Vasilisa’s character is never really fleshed out, connects us to her and makes us care what happens to her.

Death As An Archetype

What I’m about to say doesn’t have anything to do with openings but since we’re discussing archetypes I think it’s relevant. Often at the middle or two-thirds point of a story a major character dies, or comes very near death (occasionally a character seems to die but is resuscitated).

By weaving these archetypal experiences and events into our stories we increase the reader’s involvement in that story. (And, yes, of course, this involvement would be helped along by creating rounded characters.) (See: Crafting Interesting Characters; Creating Vivid Characters for NaNoWriMo; Preparing to write a story: characters.)

And that’s it for archetypal openings! Granted, much more can be said about this, but not much more can be said in under 1,000 words! If you’d like to read more about archetypes in the human experience (and you haven’t already) pick up a copy of Carl Jung’s “Man And His Symbols.” Although you may not agree with everything Jung says it is an interesting read.

This is the last, the final, post in my Six Ways To Begin A Story series (click on the link to go to the first one which contains a handy-dandy index), I hope you enjoyed it.

If you have any questions, or any suggestions for future posts, please leave a comment or contact me.

Photo credit: "Love is in the Air..." by Thomas Leuthard under Creative Commons Attribution 2.0.
Karen Woodward at 2:27:00 PM
Share