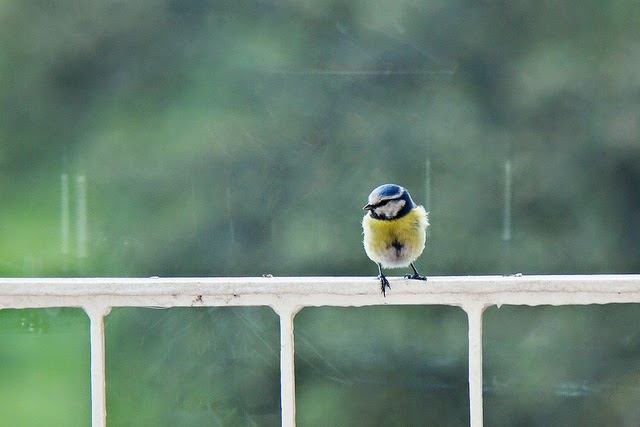 Yesterday I finally finished Story by Robert McKee. It’s an excellent writing resource, one I would recommend to anyone interested in kicking their writing up a notch.

Although McKee’s book is primarily for screenwriters much of what he says is applicable to novelists as well. Why? Because what writers and screenwriters are both concerned about above anything else is creating a terrific story.

In this post, I’d like to focus on something McKee says at the end of his book about a writer’s methodology.

McKee writes that, generally speaking, there are two ways to write a story: from the outside in and from the inside out. Let’s look at each of these in turn.

Writing from the outside in.

Here’s the skeleton of this idea:

1. Person comes up with a fantastic idea.
2. Person commits the idea to paper by writing a first draft. This process can take a few weeks, months or years.
3. In subsequent drafts, person tries to fit the ideas teased out in the rough draft into some kind of structure.

I think this is what most writers do. They sit down, sketch out a few ideas, have two or three ideas that fit together in interesting ways, they have a vague-ish feeling for what is going to happen in the middle and at the end, and then they put their butt in their chair and they write.

Writing from the inside out.

1. Person comes up with a fantastic idea.
2. Person fiddles with the idea (or ideas) and creates a (~10 page) step-outline; this gives them the overall structure of the story. This process can take a few weeks or a few months. (No dialogue is written during this stage.)
3. The step-outline is turned into a 60 to 90 page treatment.
4. Person writes a first draft.

Part One: The Outline

A step-outline is a lot like a traditional writer's outline with one major difference—and I'll get to that in a moment. In a step-outline you describe each scene in the story.

An outline usually runs around 10 pages, give or take. So let’s do the math. Let’s say you want to write an 80,000 word novel and that this novel will have about 60 scenes in it. That means there'll be about 1333 words per scene. If we want to fit 60 scenes into 10 pages than means (assuming a page holds about 300 words) that we need to fit 6 scenes per page. At 300 words per page that means each scene's description must take NO MORE than 50 words. (To give you an idea, this paragraph has about 100 words in it.) That's not a lot of words!

The second part of a step-outline—and this is the bit I said I’d get to—is that, for each scene ...

(For more on three-act and four-act structures, see Parts of Story: A General Story Structure and A Four Act Structure.)

You might be wondering, WHY on earth go into this much detail? Here’s McKee’s answer: to destroy your work.

When I first read that I was taken aback. What? Destroy my work? Why would any sane writer (which, granted, might be a contradiction in terms ;) want to destroy his work? McKee Explains:

“Taste and experience tell him that 90 percent of everything he writes, regardless of his genius, is mediocre at best. In his patient search for quality, he must create far more material than he can use, then destroy it. He may sketch a scene a dozen different ways before finally throwing the idea of the scene out of the outline. He may destroy sequences, whole acts.”

I can imagine Lee Child shuddering.

When I read this I wondered, Is that true? Are 90 percent of my ideas thrown out? But ... yes. I have to say that more-or-less matches what I do now. By the time I reach the final draft of a story most of the original ideas have been discarded or transformed in some way. And I think that usually works out for the best, one’s first impulse, though often good, is often not the very best that could be achieved. In any case, it’s something to think about.

After you’ve got the step-outline done you need to work up a pitch so you can get feedback from others. (For more on writing a pitch see: The Structure of Short Stories: The Elevator Pitch Version.) And most people want to do this before they write a first draft because they may find they need to go back to the drawing board.

“[The writer] wants to tell or pitch his story so he can see it unfold in time, watch it play on the thoughts and feelings of another human being. He wants to look in that person’s eyes and see the story happen there. So he pitches and studies the reactions: Is my friend hooked by my Inciting Incident? Listening and leaning in? Or are his eyes wandering? Am I holding him as I build and turn the progressions? And when I hit the Climax, do I get a strong reaction of the kind I want?”

You want your story to grab the person’s attention, to cause him to experience the emotions you were trying to elicit. McKee continues:

“Regardless of genre, if a story can’t work in ten minutes, how will it work in 110 minutes? It won’t get better when it gets bigger. Everything that’s wrong with it in a ten-minute pitch is ten times worse onscreen.”

Again, obviously, McKee is directing those remarks to screenwriters, but it holds for novelists as well. If we can’t hold someone’s attention through a 5 or 10 minute pitch, good luck holding their attention for the 10 or so hours it will take them to read the book!

After the step-outline is completed screenwriters create what’s called a treatment. While opinions differ as to how long a treatment should be, McKee holds a treatment should be about 60 to 90 double-spaced pages while others claim that 5 to 10 will usually get the job done. My guess is that what McKee calls an outline others refer to as a treatment. Whatever. As long as we know what we’re talking about the name isn’t important.

What goes into a treatment?

The idea is to expand “each scene from its one or two sentences to a paragraph or more of double-spaced, present-tense, moment by moment description.”

One thing to note is that dialogue isn’t included in a treatment. McKee writes:

“In treatment the writer indicates what characters talk about—‘he wants her to do this, but she refuses,’ for example—but never writes dialogue. Instead, he creates the subtext—the true thoughts and feelings underneath what is said and done. We may think we know what our characters are thinking and feeling, but we don’t know until we write it down.”

I think McKee is onto something. Myself, I use what McKee might view as an unholy amalgam of the two methods.

For example, as you may recall from previous posts, despite being a died in the wool fan of murder mysteries I’ve never written one. So, just a few weeks ago I cooked up an idea to write a short murder mystery (around 10,000 words) in seven (or so) parts but I wanted my sleuth to have a superpower. As a bonus, I had the first two scenes clear in my head.

So far, so good. I sat down and wrote the scenes I had in mind and then realized the story was turning into a thriller rather than a whodunit. So I drew up a detailed outline using most of the character’s I’d created in my first attempt. I broke the story into scenes and sketched out how each scene would end. Then I determined which characters would appear in which scenes and (first) what the clues would be and (second) where and how to fit them in.

Now I just have to put my butt in my chair and write. (grin)

Do you have a writing method you stick to or do you write by the seat of your pants?