How To Coax Story Ideas Out Of Hiding 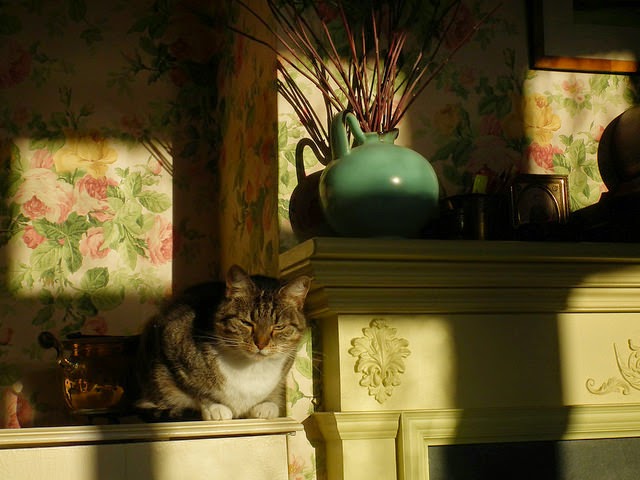 Ever been stuck for a plot? You wanted to write something but all your ideas fled, leaving you with what seemed like an infinite white field of nothing? I have!

Here’s my theory: I think ideas tend to flee when we’re anxious or tense or feeling stressed. So something—anything—that helps us relax and not take our writing quite so seriously can be a gift from the gods. I’ve found idea generators can help me get into a playful mood and fill the idea-void.

In the early part of last century the only idea generators in existence were plot wheels; these days we click buttons rather than twirl disks, but it’s the same idea. (see: NaNoWriMo, Erle Stanley Gardner, Perry Mason and Plot Wheels)

Personally, I think random idea generators have their place. Though I practically never use their suggestions, idea generators can help coax out our own ideas, ones that have been hiding in our unconscious mind.

The FIG Idea Generator is based on William Wallace Cook’s book, Plotto. Published in 1928, Plotto was billed as “The master book of all plots.” (Unfortunately, FIG is only available through the Apple Store, but there is a site, Writing Exercises (writingexercises.co.uk), that has basically the same functions.)

Let’s take FIG for a twirl and see what kind of story skeleton we can create. FIG’s main screen presents one with a choice between selecting a random Masterplot, Plot, Character, Word, 1st Sentence, Emotion, Item or Location. Let’s go through most of these.

Here’s what I got for the masterplot: “A person influenced by the occult and the mysterious, seeking to demonstrate the powers of love by a test of courage, faces a guilty plotter and defeats a subtle plot.”

I like that! I see many different possibilities. Let’s see what we get for the rest.

Tense: Present
Narrator: Alternating person
Period: During the Gulf War
Situation: Enemy of kin
Protagonist: A male dance teacher who is languid.
Supporting character: A male geophysicist who is mature.
Their relationship: Broken.

I’m less enthusiastic about these choices. While I’ve always wanted to try writing a short story using the present tense I’m less thrilled about having a dance teacher for a protagonist. Mostly because I know nothing about dance and even less about dance teachers!

I decided to roll until I found something I wanted to work with (after all, the object here is to have fun and get our creative juices flowing).

Here’s what I came up with in the end:

We’re not done! Now we move on to character.

I wasn’t sure how this fit into the other categories, or if it was supposed to, but here’s what I came up with:

“An enthusiastic, female, butcher who is Scottish and goes by the name of Kelsey Graham.”

I got this description on about the 5th try and love it! I can see her, my proper Scottish lass with a enormous cleaver in her hand and a bloody apron. She gives me a look that sends a chill through me and says, “Yea? Whad’ya want?”

But, what do do with her? We already have a protagonist and supporting character, so Kelsey could be our protagonist’s nemesis. Not a villain, simply someone working in opposition to the protagonist’s goal.

FIG doesn’t have a random goal generator, neither does Writing Exercises, so I went in search of a list of popular goals. I found this one, 100 popular goals, so all we have to do is head over to random.org and pick a number between 1 and 100 (or think of one) and we’re set!

My choice is number 15: To save money.

What will our setting be? It took a few tries but I liked the idea of a cliff. I take this to mean that one of the significant locations in the story should involve a cliff.

I chose: A mirror.

So, putting it all together, our story skeleton is as follows:

Write about a glamorous male movie director who is influenced by the occult and who seeks to demonstrate the power of love by a test of courage. As he does so, our brave director will defeat a subtle plot (perhaps one set in motion by his nemesis the Scottish butcher).

The situation (see above) was that of a disputed inheritance so perhaps the butcher is his sister. They are normally close, but they each want a certain something, the same certain something, from their father’s estate. (Perhaps a mirror?)

Since this is about the occult, let’s say the director thinks this something, this artifact, holds the key to unlocking a mystery that has fascinated him, driven him, his entire life.

His sister, though, is much more pragmatic. She is going through a bad patch financially and wants to sell the mirror. The brother is incensed by this suggestion. “If you would allow me to use the artifact we would be wealthy.”

You can see that the goal has shifted a bit, from saving money to acquiring money, but I think the important thing is to be willing to ignore random choices and make the story one’s own.

That’s it! That was an example, if anyone feels inspired and would like to write this story, please do! I’d love to know how it all turns out. Is the director simply insane or is the mirror a portal to something more? How far will each character go to get what they want?

Writing prompt of the day: The Alphabet Soup Communiqué.