Parts of Story: Tags And Traits: The Dominant Impression 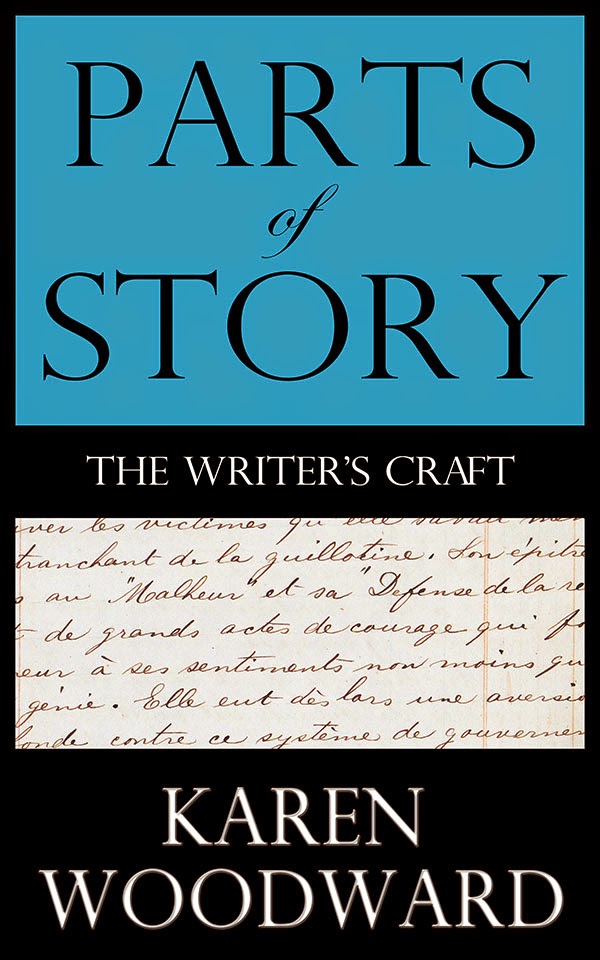 "A tag is a label, but a limited, specialized label. It identifies a character and helps your readers distinguish one story person from another."
-- Dwight V. Swain, Creating Characters: How To Build Story People

Dwight V. Swain, in Creating Characters, describes tags and traits as having three main functions. First, they identify a character. Second, they identify each character uniquely. Third, they help recall a character to your reader's mind after an absence. He uses Kojak as an example; that character's tags were his ever present lollipop and his shaved head.

A dominant impression contains the sort of information that stays with you--that you remember--after you meet someone for the first time. It is the cluster of qualities that makes a character memorable.[1]

What qualities make a character memorable? (I also talk about this in my chapter on Creating Interesting Characters.) DVS writes that it's some combination of a character's name, gender, approximate age and primary attitude. Let's examine these.

Names should be descriptive and unique.

Descriptive. Names should help characterize our pseudo-humans; they should give our readers an idea of the kind of people they are and, if possible, their role in the story.

This can also be used to misdirect readers. For instance, it would be easier for me to think of a character named Damian Black as a villain than one named Christopher Holmes. These associations can be used to throw suspicion on an innocent person or to nudge the reader to give someone who is guilty the benefit of the doubt.

In my opinion, J.K. Rowling is phenomenally good at using names to tag her characters. Take Severus Snape for example. Severus is used as a red herring in the first Harry Potter book. The name "Severus" reminds me of "sever" and "Snape" sounds an awful lot like "snake." Neither of those words has terribly positive or cuddly connotations.

Rowling really is a past master of the dominant impression. Here's how she introduces Snape: "Professor Quirrell, in his absurd turban, was talking to a teacher with greasy black hair, a hooked nose, and sallow skin."[2]

But Rowling doesn't leave it there. She has Percy tell Harry that: "He teaches Potions, but he doesn’t want to--everyone knows he's after Quirrell’s job. Knows an awful lot about the Dark Arts, Snape." So Quirrell's nervousness is passed off as being caused by Snape's proximity and we don't suspect for a moment that Quirrell is reacting to Harry and that the mild-mannered Professor Quirrell is really Lord Voldemort's helper. But when we go back and re-read the book it's right there staring at us, we just misattributed Quirrell's reaction.

To sum up, a name is--or can be--a part of a dominant impression. It can be used to shape our readers expectations about a character, who they are, how they will act and react. And, as such, it's one of the most powerful tools writers have.

Unique. It goes without saying that having two or more characters with the same name would be maddening for the reader, but so, often, is having two or more names which look or sound the same. Mary and Marty for instance. Even Darren and Dwain might throw a reader off, especially at 2:30 in the morning when they're feverishly reading your book desperate to find out the identity of the villain, or to discover whether the protagonist will put aside her pride, forgive her love interest, and find true love.

The rule-of-thumb I've adopted is this: have each name begin with a different letter and make sure they sound different. The only exception to this is if you want to use similar names as a clue. (Agatha Christie does this to great effect in A Murder is Announced.)

One of the ways Thomas Harris characterizes Clarice Starling in The Silence of the Lambs is by making her a trainee in the, at that time, male-dominated FBI. That Ms. Starling could survive and thrive in what Harris portrays as a hostile environment shows us her drive, her intelligence and her determination.

Since gender is part of certain stereotypes it can also be used to subvert them. For instance, take the idea of a stripper with a heart of gold. I plugged that phrase into Google Image Search; all the images of strippers that came back were female.

What would happen if we created a kind-hearted stripper who happened to be male? Here's an example of where gender can be very important, not in perpetuating a stereotype, but in breaking one and, at the same time, creating a unique, interesting, story person.

Personally, when I meet people I only notice whether they are much older or younger than I am. When I read a book I don't need an exact age, but I do appreciate knowing what decade they're in since that influences so many things. For example, one would not expect a person in their mid-20s to hold a high level position in, say, the CIA.

I went looking for an example of how one can use a dominant impression to characterize a person's age without actually telling the reader their numeric age. But I found much more than that. First let's look at the example and then I'll say a few things about it.

Here's how Stephen King introduces George Denbrough in It:

"A small boy in a yellow slicker and red galoshes ran cheerfully along beside the newspaper boat. The rain had not stopped, but it was finally slackening. It tapped on the yellow hood of the boy's slicker, sounding to his ears like rain on a shed roof ... a comfortable, almost cozy sound. The boy in the yellow slicker was George Denbrough. He was six."

This is masterful. Not only does King use tags and traits (small, boy, yellow slicker, red galoshes, cheery) but King uses free indirect speech to give the reader a peek inside the character's mind (something that, ordinarily, we can't do when using a third-person perspective). He does this when he writes: "sounding to his ears like rain on a shed roof ... a comfortable, almost cozy sound." That's giving us George's interior feelings and thoughts.

Taken together, King, using only a few lines, has conjured a picture in our minds of an adorable child, cheerily running through the rain absorbed in watching his newspaper boat, being serenaded by the rain as it dances, rat-a-tat-tat, on his yellow slicker.

King's description gives us an excellent idea how good descriptions can be. But, back to my point about age. In the passage, above, Stephen King tells us George's exact age but, even if he hadn't, I think we'd still have had a pretty good idea how old he was.

And, yes, as you can likely tell, Stephen King is one of my favorite authors.

I was at a party the other day and fell into conversation with someone I knew slightly. This wasn't the first time we'd met, but it was the first time we had a chance to exchange more than awkward pleasantries.

After a minute or so my dominant impression of him was fixed: he was not a person who suffered fools gladly. It was an observation that didn't set me at ease since I was keenly aware that what constitutes a fool in someone's mind is distressingly relative. For example, my great-grandfather thought that anyone who believed a human would walk on the moon was (and this is a polite way of putting it) being silly.

Keeping in mind that our characters are pseudo-people and so tend to be more black and white than their flesh-and-blood counterparts; if a character's primary attude is fearfulness, then that trait, that quality, will find a way (or should find a way) to insinuate itself into everything he or she does. If a character is, say, irascible then he should snap at other characters over minor slights or inconveniences. Other characters might be prone to gossip about him behind his back and his house should be the one school children are gently but firmly steered away from on Halloween.

This isn't to say that an irascible character can't be kind or considerate, but there would have to be a reason. It would require an explanation. For instance, perhaps one of the neighborhood children reminds him of his daughter as a young girl and so he has a soft spot for her. He's sentimental. It's the child's birthday so he bakes her his daughter's favorite cookies--chocolate chip with extra chips.

Here's another example, this time from the TV show Friends. I would say that Monica Geller's primary attitude was that of being obsessive compulsive when it came to cleaning. Informally, we would call her a neat freak. Everything had to be just so and she'd clean and scrub and re-arrange until it was. She was compulsive about it. Monica didn't need a reason to clean, no explanation was required. If she didn't clean up a mess, that would require an explanation.

One last example: Mr. Monk from the TV show Monk. Mr. Monk's primary attitude was, I would say, fearfulness. He was obsessive compulsive with an uncanny knack to remember even the most minute detail of his environment, but he was also scared of just about everything. Even milk. Milk! I think that one reason for the success of that show is that, in practically every scene, they demonstrated Monk's primary characteristic and tied everything else to it.

The point is that once you've picked a character's dominant attitude it should be shown, reinforced, in practically every scene.

This post will end up as a chapter in my upcoming book, Parts of Story. If you'd like to read other sections I've placed online, go to the index, here: Parts of Story.