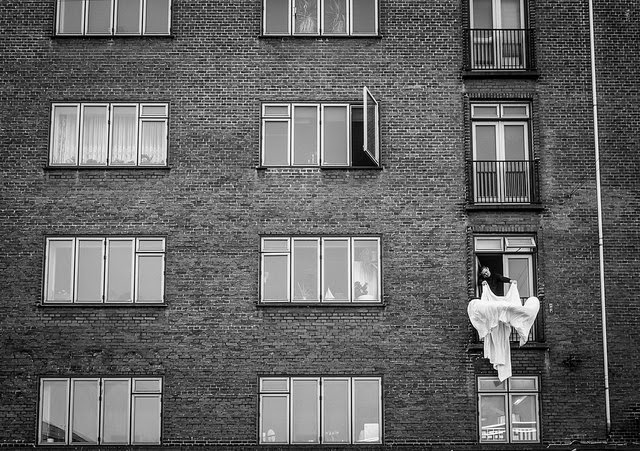 Today I examine certain structural elements of Agatha Christie's murder mysteries. Specifically, I look at two things. First, how soon the initial murder tended to occur and, second, a common plot device; namely, a way she diverted suspicion from the murderer early on in the story.

This is the third and last instalment of my series on Agatha Christie--though, that said, I've had so much fun writing these articles I'm sure I'll blog about her, and the secret of her remarkable success, again. In case you want to read them, here are links to the first and second articles:

The Murder Tends To Occur Later In The Story

As I mentioned in my first post, though many (perhaps most) murder mystery authors have a corpse turn up within the first few pages it was not uncommon for Christie to hold off introducing the first murder until well into the second act.

To double-check this, I looked up where the first murder falls in a few of Agatha Christie's novels. Here's what I discovered:

The percentage indicates how far into the novel the first murder occurred. If I were doing this scientifically I would list all of Christie's 66 mystery novels. As it is, from this far-from-random sample, the average percentage is 20%. It seems that, on average, Christie waited until the end of the second of the three acts to bump off her first victim.

It seems as though the more Christie wrote the more comfortable she became with delaying the first murder, sometimes even until the middle of the book!

Her reasoning for this? For Christie, the murder was the culmination of the murderer's plot and so needed to be built up to. It wasn't the beginning of the story, it was the middle; the first part belonged to the murderer (though his/her identity was hidden from us) while the second belonged to the sleuth.

It's a trade-off. Risk losing your reader by not providing something exciting up front or risk losing them because they don't care enough about the characters for it to matter one was snuffed out.

A Common Plot Device: The character whose life appeared to be in danger was really the murderer.

Although this doesn't happen in all or even the majority of Agatha Christie's stories it does happen in quite a few. (Spoiler warning.)

The victim, Emily Inglethorp, dies of strychnine poisoning and her husband Alfred Inglethorp, a man many years her junior, is immediately suspected. He will benefit financially from her death and he was seen purchasing strychnine in the village. Poirot, though, proves that Alfred could not have purchased the strychnine and the suspicions of the police settle elsewhere. However, it was Alfred Inglethorp who, along with Emily's companion Evelyn Howard, killed his wife.

When Colonel Lucius Protheroe is killed the first suspect is his wife, Anne Protheroe. Lawrence Redding, her lover, confesses to the murder (we are led to believe he did so because he thought Anne was the murderer and wanted to protect her). Then Anne Protheroe confesses (ostensibly to protect her lover, Lawrence). However, after many entertaining twists and turns, we find that Anne and Lawrence are, indeed, the murderers.

This is one of my favorite and, I believe, best plotted, Poirot mysteries.

Shortly after Poirot meets Magdala "Nick" Buckley he comes to believe that someone is trying to kill her. But, really, Nick has planted false clues to give Poirot that impression. Her goal is to prevent her prize possession, End House, from going to reck and ruin. To this end she murders her cousin, Maggie Buckley, to gain access to a fortune the girl recently inherited. This plot is complicated by several factors, not the least of which is a drug smuggling ring. But Poirot unravels this knotty problem and arrives at the truth.[1]

When Lord Edgeware is found dead in his study his estranged wife, Jane Wilkinson, is immediately suspected of the murder. After all, she had come to his house the night before, announced herself, and visited him in his study at around the time he was killed.

The problem: Jane couldn't have killed him because she had a cast-iron alibi: at the time of the murder she had been at a dinner party with thirteen other people. Poirot believes the true killer hired a master of disguise to impersonate and incriminate Jane. The plan went wrong because the mastermind hadn't known Jane was going to be at the dinner party.

In the end it turns out that Poirot was correct but he'd gotten it the wrong way around. The killer had hired an impersonator to pretend to be Jane, but that person was Jane herself! While everyone thought she was at the dinner party she had actually been murdering Lord Edgeware.

The murderer, Sir Charles Cartwright, tests his method of murder at his cocktail party. He puts poison in a cocktail and then watches as a random guest, Reverend Babbington, drinks it and dies. Although Cartwright does his best to get Poirot to suspect murder, since no poison is found in the glass, the Reverend's death is ruled to be due to natural causes.

Emboldened, Cartwright (wearing a disguise) uses the same method to kill his lifelong friend, Dr. Bartholomew Strange. His motive: Love. He wanted to marry Hermione Lytton Gore (called "Egg") but was already married to a woman he could not divorce. The only person who knew this was Dr. Strange.[2]

Here are a few other novels where Christie used this motif:

Though I don't believe it was unique to Agatha Christie, it was a mark of her stories that all the suspects gathered together, at the end, to await the sleuth's dramatic unravelling of the case. The sleuth generally did three things:

a. Recounts all the clues and reveals whether they were irrelevant, a red herring, or genuine.

b. As the sleuth recounts the clues he exposes the secrets of all those gathered. Perhaps this is a kind of payback for everyone lying to him!

c. The sleuth unmasks his hidden adversary, the killer, and turns them over to the police. (Occasionally the killer will kill himself rather than be apprehended and hanged.)

Now, as their evil deeds are laid bare, the murderer shows his/her true face. Where before they seemed sweet and caring now they show themselves to be self-involved and contemptuous of others.

At some point in the future I would like to write another post--or series of posts--on the plot devices Agatha Christie used. In the meantime, here are a couple of excellent articles on the subject: