The Da Vinci Code by Dan Brown is FREE for the next week! (offer ends March 25th) 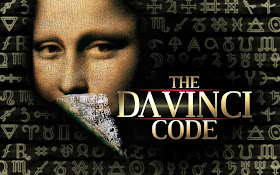 The Da Vinci Code Is Free! Dan Brown is coming out with a new book, Inferno.


The Da Vinci Code by Dan Brown is free, starting today until Monday, March 25th, 2013. It can be downloaded from any major ebook retailer.

The following is from the LA Times:


Doubleday has announced that it will be giving away free e-books of Dan Brown's international bestseller "The Da Vinci Code" this week. The free digital download is offered in celebration of the novel's 10th anniversary (to readers only in the U.S. and Canada). "The Da Vinci Code" was originally published March 18, 2003 and quickly sold more than 81 million copies.

The free download isn't exactly a conspiracy, but it is, clearly, part marketing: Besides the best-selling art-historical whodunit, the ebook will include the prologue and first chapter of Brown's forthcoming thriller "Inferno," also featuring renowned symbologist Robert Langdon, which will be published in May. The free e-book deal is a natural digital outgrowth of teasing a sequel by including a first chapter in the back pages of a paperback.

. . . .
In "Inferno," Langdon, the hero of "The Da Vinci Code," "Angels and Demons" and "The Lost Symbol," returns to Europe to tackle a mystery involving the poet Dante Alighieri. "The Da Vinci Code" e-books can be downloaded free from all major e-book retailers.

I know a lot of folks aren't fans of The Da Vinci Code but you can't deny it has narrative drive, that can't-put-it-down quality that keeps reasonable people up far past their bedtimes.

Thanks to The Passive Voice Blog for the heads up.

- Story Structure
- How To Become A Full Time Indie Author
- How To Be A More Productive Writer: Use A Voice Recorder
Karen Woodward at 3:18:00 PM
Share