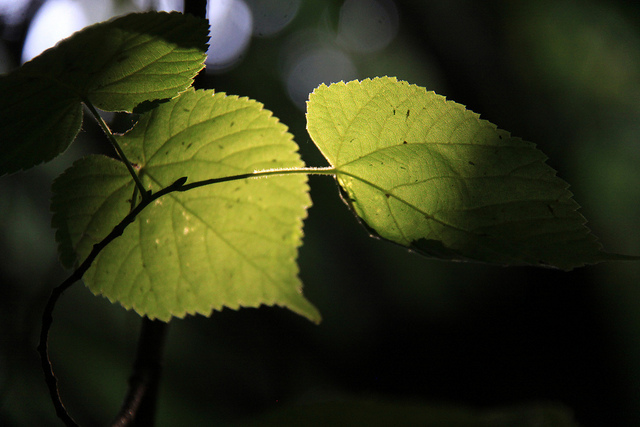 This was going to be the second post in a series on Chuck Wendig's ideas about story structure but my muse had other plans.

What follows is a description of a story structure that I think is common to the overwhelming majority of stories I've read, watched or listened to.


Before I read Chuck Wendig's post on story structure I hadn't thought of structure in terms of measurement. Meter. The ups and downs, the rises and falls. It's almost like breathing, it's what brings a story to life.

There is a beat, a rhythm, to story. Pause a moment, listen to it, write with it in mind.


The Magic Of Three

Act One (Approximately first 25% of story)


The First Act is the setup, The Ordinary World. This is where readers meet the characters, start rooting for the hero, learn what his strength is, what he is comfortable with, as well as what his weaknesses are, the things that are holding him back from getting what he really wants, perhaps even what he needs.

Although not all heroes have an inner weakness, many do, and it's here in the setup that it will be introduced.

In the First Act the hero is issued a Call To Adventure, perhaps he even Refuses The Call and needs the guidance of a mentor (Meeting With The Mentor).

For instance, Shrek is an ogre who just wants to be left alone in his swamp. When his swamp is invaded by legions of fairy-tale creatures this acts as a call to adventure because it provides the impetus for Shrek to leave his beloved swamp and search out the king so he can get things back to normal.

This gives us an early look at not only one of the defining personality characteristics of Shrek--he wants to be left alone--but his inner weakness. He wants companionship but he thinks he can't be loved because of what he is: an ogre. So he pushes everyone away.

Act Two, Part One (Starts at about the 25% mark and continues to about the 50% mark)


At the end of Act One the hero answers the call to adventure and crosses the threshold into the Special World. Here everything is different, strange. The hero's strength probably isn't going to serve him as well here, perhaps it even puts him at a disadvantage. The hero goes through a series of tests, most of which he fails, and he meets new people. (The beginning of Act Two is often where the B Story begins.) Some of these will become his stanch allies and travelling companions, some of them will become his sworn enemies.

This time of testing is also a time of Fun And Games. In a movie this is where you have a feel-good montage. Many of the scenes used for movie trailers come from this part of the story. Blake Snyder, author of Save The Cat!, writes that this is his one of his favorite parts to write.

Soon, though, the hero must confront the villain/antagonist, and the hero prepares for his Approach To The Inmost Cave. (One thing to note is that the villain's/antagonist's goal will be such that if he achieves it, the hero cannot and vice versa.)

This part of the story will often contain a moment of bonding. If there is a romance in the story, often the hero and his love interest will deepen their relationship before he heads off to confront the villain and, possibly, pay with his life. If there is no romance, the story will likely still contain a moment of bonding, a pause, a girding of the loins, and a review of the states. What will happen if the hero loses? Who will it effect? What will result if the hero wins?

Act Two, Part Two (Starts about about the 50% mark and continues to about the 75% mark)


Finally the moment of confrontation has arrived--this is the Midpoint of the story--and the hero faces the villain. The Ordeal has begun. Since we know the stakes of the battle, we watch anxiously as the hero risks everything to achieve his goal.

After the confrontation, if the hero is successful, he will get a Reward. This will be, in a sense, a false victory. Something else will soon happen that raises the danger, and the stakes. The hero hasn't resolved the conflict, instead he has just made it greater.

In some stories, perhaps many stories, there is no 'win' for the hero at the midpoint, instead the stakes just get bigger; the danger becomes more immediate. Where before it was only the hero's life at stake now it is the hero's entire party, perhaps even his loved ones back home, who are in danger if he fails.

Act Three (Starts at about the 75% mark)


The Road Back is much more difficult than the one which brought him to the special world. Things have radically changed, and for the worse.

Why is this? It could be many things. Perhaps the worst happened and the hero failed in his contest with the villain. Perhaps he won but his mentor, the person he most trusted, whose advice he had listened to and followed since he was a child, who he risked his life for and the lives of his friends, betrays him. Something happens that transforms the hero's world, or his view of it, and not for the better.

I sometimes think of this, the fundamental transition that occurs at, or just after, the midpoint, as having the veil torn from the hero's eyes. He thought he knew how things were, but he didn't. He was a child and now he's an adult and the burden he is being asked to bear will most likely crush him. If only he could resolve his inner conflict, that something that is holding him back from coming into his power, his true self.

But the hero doesn't give up. Even though it seems the entire force of creation has been set against him, he rallies and devises a plan. The plan is clever but it's a long-shot and he must ask more of his friends than he ever has before and right at the moment when the little band seems to be falling apart.

Against all odds, though, it seems to be working, the plan may be successful. The allies find the strength to pull together. Perhaps the hero finds a way to work with one of his sworn enemies.

And then it all falls apart. Something happens to (it seems) finally, conclusively, crush any hope the hero had of achieving his goal. We (the audience) know the stakes, so we know this means that the worst is going to happen. But no. That was only what we thought was the worst. The villain/antagonist gleefully tells the hero that the real stakes are very much worse than he thought.

This is the All Is Lost moment that happens just before the Climax.

At this point a very important change occurs in the hero. He resolves his inner conflict, that character trait, that thorn in his side, that was holding him back from coming into his power, whatever that is. I don't mean a superhuman ability--though it could be--but whatever it is the ground must have been laid for it, otherwise it would be a cheat. Perhaps the hero is finally able to think clearly, perhaps he finally understands how someone else feels (he needed empathy), perhaps he had to release a certain way of thinking that was holding him back.

Something fundamental within the hero changes and, as a result, he is able to defeat the villain and achieve his goal. (In stories where there is no internal conflict--Indiana Jones And The Raiders Of The Lost Ark for example--there may be no change. Instead the hero draws upon his knowledge, some characteristic that defines him, that sets him apart. His strength.)

Whatever happens, there will be an Aftermath where the audience sees the effects of the hero's efforts. How did the hero's Ordinary World change as a result of his adventure? What was his reward? Or, if he failed, what was the cost of his failure? Tie up loose ends, etc. This is the wrap up.


I don't want to leave anyone with the impression that there's only one story structure. As Chuck Wendig says, every story has a structure and there are as many story structures as there are stories. No one can look at the structure of a story and say, "That's wrong!" just because it's different.

The structure I wrote about, above, is one I've been thinking about and working on for the last few months. I think (this is my own personal view) that it describes over 90% of the stories I've read/listened to/viewed, or at least parts of it do.

I like using story structures--structures like the above--as springboards to create my own adventures. And, sometimes, if I feel that something is wrong with a story but I just can't put my finger on it, I like going back to basics and studying various story structures as I try and puzzle out what went wrong with mine.

Tomorrow we'll get back to Chuck Wendig and, as promised, I'll talk about Aristotle and his theory of tragedy, the magic of three, and how the microcosm mirrors the macrocosm.

- Chuck Wendig On Story Structure
- To Blog Or Not To Blog, That Is Jane Friedman's Question
- Hugh Howey's 3 Rules For Writing
- Short Story Structures: Several Ways Of Structuring Short Fiction