The Structure of a Horror: The Protagonist 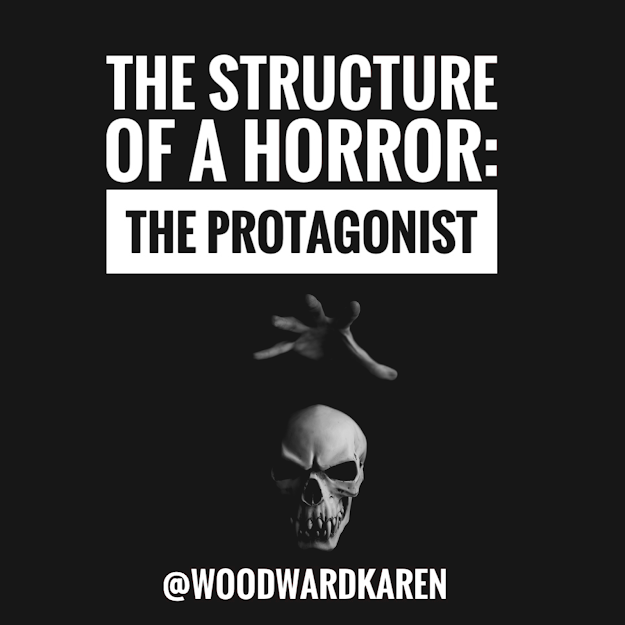 I’ve been thinking about horror stories, about what elements are common to the genre. I had intended to do this all in one post, but it has grown quite long so I’ve divided the material into a few parts. Today I’m going over how the protagonist in a horror story is different from, say, a protagonist in an action-adventure. In future posts I will write about the antagonist/monster, the setting, the stakes, and so on. Finally, I will discuss a general structure that many horror stories follow.

The Structure of Horror Stories

One reason it took longer for me to write this post than I had anticipated was that, although I realized the structure of a horror story is a bit different from the general pattern of the hero’s journey, at first I couldn’t put my finger on where exactly the difference lay.

In other kinds of stories it is common for the protagonist to start out in a less than ideal state, go through the crucible of the story world and come out changed for the better. Because of this growth, this transformation, the protagonist is able to best the antagonist and save the day. Or not. The protagonist can fail, but that’s the general pattern.

In the beginning of a horror story the protagonist, if I may put it this way, is as good as he’s going to get. He’s the happiest and best adjusted he is ever going to be. So this is not going to be a tale of improvement. At BEST, it will be a tale of survival.

That is, horror stories are less about how to become a better person through character transformation than they are about surviving hell. In a horror story, you might be a half dead psychopath by the end but if you make it through alive, then it goes in the win column.

In a horror the protagonist--and by ‘protagonist’ I mean the main viewpoint character--is, as in any story, the one who is most active, she is the one who changes and, because of these changes, gets through all the insanity that is thrown at her. By saying that I don’t mean to imply that she will survive, only that she usually makes it to the Climax of the story.

Something unique to horror stories is that there is an unusually large difference in power between the antagonist and protagonist, and this imbalance is present right from the very beginning. After all, if Jane is facing down the devil, it’s not like he’s going to get MORE evil as the story progresses!

I think this is one reason why a mother can make a wonderfully compelling protagonist in a horror movie. A writer does not have to do much to convince his audience that a mother would give her life for her child. Conversely, though--and for the same reason--a mother can make an equally powerful antagonist.

(Spoiler Warning)
For example, in the movie Hereditary (2018) a mother ends up hurting her child. This proved to be a good way of demonstrating the power of whatever darkness had her in its thrall.

1. Noir fiction may be an exception to this rule-of-thumb.

Photo by Max Kleinen on Unsplash (As you can see, I altered this photo.)