Jung and the Hero's Journey: The Disaster (Part 5) 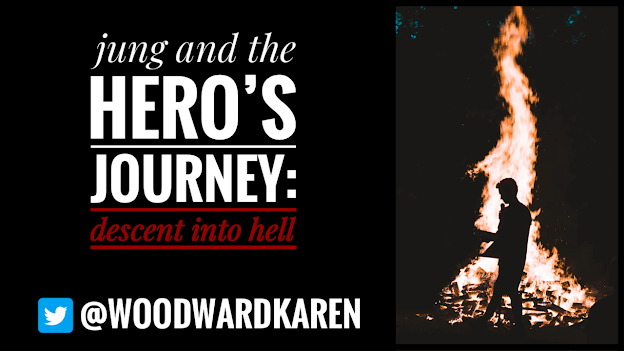 In my last post I talked about The Call to Adventure. Today I want to talk about a very important part of any story: the hero’s descent into hell, otherwise known as entering the Special World of the Adventure.

I should note, though, this isn’t the low point of the story. It IS, though, a point of stark contrast between the ordinary world and the strange new world he now finds himself in. Just think of Luke Skywalker in the Mos Eisley Cantina.

Why do I call this the descent into hell? Because—and this is where Jung’s insights into human psychology are so relevant—if the Special World doesn’t give your protagonist the equivalent of a panic attack then you’ve done it wrong! Okay, that’s hyperbole, but there’s truth in it.

The Special World is alien to the hero. It is inside out and upside down. The hero has no idea how things work there, what the social norms are, what sort of accomplishments are looked up to and which are despised. Yes, sure, eventually this shock will give way to a feeling of awe, acceptance and perhaps even (brief) happiness, but in the beginning it engenders terror -- and perhaps curiosity -- in the hero. All his senses are on fire. He is equally attracted and repulsed by this new world.

For instance, in the movie Collateral a hitman, Vincent, convinces Max, a cab driver, to drive him around off the books for the rest of the night. When a corpse falls on Max’s car and Max learns what Vincent does for a living, Max’s ordinary world dissolves into chaos.

Max had a comfortable life. Like most of us, he had dreams, dreams that would likely remain just that. Then Vincent comes into Max’s life and everything is turned upside down. Put another way, Vincent shatters the fantasy world Max is living in and wakes him up.

Let me develop that analogy.

In a sense, the ordinary world is a dream. It is comfortable but it’s no longer true. In Collateral, Vincent plays the role of a devil, destroying Max’s carefully constructed world and, in so doing, forces him to face the truth: if Max continues as he is then his dreams will never come true. Why? Because Max is scared of change. He’s stuck in a rut and he’s too scared of the dark to risk shattering his nice comfortable world.

The Special World is, in a sense, a metaphor for the terror that comes from having our comfortable lies ripped away, it comes from our being forced to see the world as it is as instead of how we would like it to be.

(If you are familiar with the Tarot, especially the Rider Waite deck, I see this journey from the Ordinary World into the Special World of the Adventure as nicely represented by the Tower card.)

If the hero has a chance to prepare for his journey into the Special World then things generally go better. But even then it’s going to be a rough ride (for example, Neo in The Matrix.)

That’s it for today! I’ll talk to you again in the next few days. In the meantime be well and good writing!