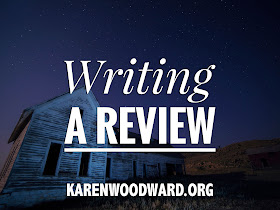 In elementary school I dreaded writing essays. I had no idea how to proceed.

That all changed in high school. I had an amazing teacher who made essay writing understandable, even simple! Here’s the key: the rule of three.

The Rule of Three


This rule dates back to Ancient Greece. Don’t ask me why it works, but it does. For instance, pretty much everything has a beginning, a middle and an end. People, events, stories and even essays.

The Structure of an Essay

Let’s look at this in more detail. Let’s say you have to write an essay about what makes Gadget1 a better gadget than Gadget2. Breaking this task down:


The beginning one or two paragraphs (it depends on how long your essay is) contain your thesis statement. This is your claim, your statement, the idea you are going to argue in favor of. For example, let’s say that you claim:


Gadget1 is better than Gadget2.

Of course this isn’t enough. Why is it better? Just stating that one thing is better than another isn’t going to convince anyone. We need to give reasons. Here again we draw on the rule of three. Here’s the complete thesis statement:


Gadget1 is better than Gadget2 because it costs less, works faster and is more aesthetically appealing.

Gadgets are ubiquitous in our society. At this point it’s not possible to get through a normal day without relying on one gadget or another. Two of the gadgets people use most are Gadget1 and Gadget2. Both of these do pretty much the same thing which raises the question: Which is better? After rigorous testing I can definitely say that Gadget1 is better than Gadget2. As we will see, Gadget1 costs less, works faster and is more aesthetically pleasing.


At it’s core an essay is an argument about an issue that isn’t easy to settle. If you and a friend disagree about what year World War II ended, a quick internet search will settle the matter. Why? Because there is a simple, straightforward and universally accepted answer.

In the case of our example, though, it’s not quite so straightforward. Different folks may receive slightly different results from their testing. Different folks may appreciate different things in a gadget. In this sort of question rational people can disagree and in this sense there is no one universally correct answer in the same way as there is for the start and end dates of WWII.

So, what are our reasons?

This is simple and straightforward ... or so it seems! How many stores were surveyed? Was Gadget1 less expensive at every single one? It’s important not to cherry-pick results, mentioning only those that help support the thesis statement. But if, say, the price was checked against that of a major online retailer (*cough* Amazon *cough*) and it was markedly less expensive, that’s significant.

Also, the size of the price saving is significant. Would you save less than 1% of the purchase price by going with Gadget1 as opposed to Gadget2? If so, that’s hardly worth mentioning unless Gadget1 and Gadget2 are very expensive.

How much faster? 10%? 5%? 1%? Did it ALWAYS work faster or were there certain conditions in which it was slower? Many of the same questions we raised above are relevant here as well.

So far we’ve talked about fairly objective measures. This one is subjective. That said, you and others have your reasons for feeling one looks better than the other. Give them, be specific, and your readers will likely agree.


Summarize what you’ve said. There really isn’t more to it than that.

Depending on the kind of article you’re writing it can be nice to take a chatty informal tone. As with everything, make it your own and try to have fun with it.


Every post I pick a book or audiobook I love and recommend it to you. This serves two purposes. I want to share what I’ve loved with you, and, if you click the link and buy anything over at Amazon within the next 24 hours, Amazon puts a few cents in my tip jar at no cost to you. So, if you click the link, thank you! If not, that’s okay too. I’m thrilled and honored you’ve visited my blog and read my post. :-)

I’ve read and reread The Anatomy of Story: 22 Steps to Becoming a Master Storyteller, by John Truby. For those of you who are more pantser than plotter, you will find Truby’s books a breath of fresh air. From the blurb: “John Truby is one of the most respected and sought-after story consultants in the film industry, and his students have gone on to pen some of Hollywood's most successful films, including Sleepless in Seattle, Scream, and Shrek. ”


That’s it! Have a wonderful Christmas! I’ll talk to you again on Monday. In the meantime, good writing!