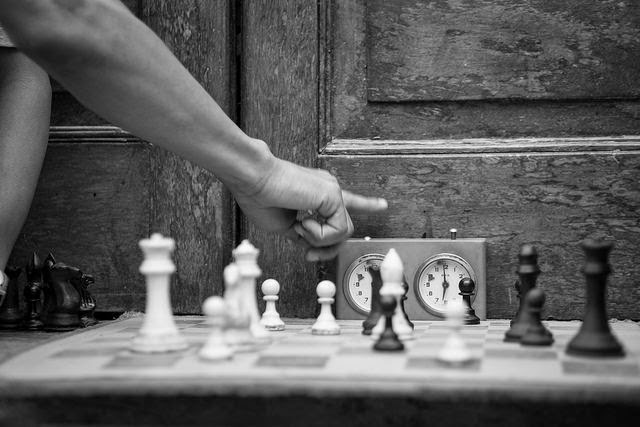 Today I’m going to do something a bit different. I’ve finished reading Robert McKee’s “Story” but there are some odds and ends, advice that was occasionally revelatory, that I never shared. So that’s what I’m doing today.

Many of the points that follow have to do with writing a mystery. That’s not an accident! Yes, you guessed it, I’m taking another run at writing a grizzly murder mystery. My strategy this time is to keep it short; by which I mean under 10,000 words.

I’ve reached the stage where I’ve got the story (what actually happens) more or less clear in my mind but the plot (the order in which the events in of story are presented to the reader) is still shrouded in impenetrable gloom.

1. The five essential elements of a thriller.

According to McKee the five essential elements of a thriller are:

a. A cheap surprise. For McKee, a cheap surprise is a sudden shock out of nowhere whereas a true surprise involves a revelation.
b. A false ending. You think the story’s over and then ... one final twist!
c. The protagonist is shown to be a victim.
d. A speech made in praise of the villain.
e. A scene in which the hero is at the mercy of the villain.

2. What makes one story a murder mystery and another a thriller?

McKee’s answer: Point of view! In “Story” he writes:

“CRIME. Subgenres vary chiefly by the answer to this question: From whose point of view do we regard the crime?” His answer:

I don’t agree with McKee. I don’t think POV is the essential characteristic that separates, say, a prison drama from a detective story. Why? Because I think that a drama could still be a prison drama if told from, say, a guards POV and that, similarly, were a person other than a master detective to tell a story of crime and detection, it could still be a murder mystery (after all, the Sherlock Holmes stories were told from Watson’s point of view.)

But, that said, I thought this list was interesting and potentially useful.

3. About TV: “The key to the long form is dimensionality of character.”

That’s going to take a bit of unwrapping.

By “long form” McKee is referring to what he calls 100-hour stories (e.g., Breaking Bad).

As for “dimensionality of character” ...

“A dimension is a consistent contradiction in the nature of the character.”

For example, Walter White is incredibly gentle with some people and brutal with others. One might think that someone who treats a baby with such tenderness wouldn’t be capable of the level of brutality we saw Walter White achieve.

So, in other words, the more contradictions you can believably weave into your character, the better. For instance, passive + aggressive, cruel + kind, arrogant + meek, brilliant + ignorant, and so on.

As I mentioned in an earlier post, often the key to showing a characters many dimensions is to pair him with other characters that will tease out these various qualities. (For more about this see: Mind Worms And The Essence of Drama as well as The Key To Making A Character Multidimensional: Pairs of Opposites.)

McKee’s comments here came from “The God of Story” by Alec Sokolow and Tony Camin.

4. The single most important question to ask yourself about your story: “Why am I attracted to this material?”

This is what McKee calls one of the big questions.

Why do you need to write this story? What need does it fill, what itch does it scratch? Are you fed up with multinational corporations raping the earth? Or perhaps you’re exasperated with (as my father called them) those darn environmentalists (he also shook his cane when a ‘young-un’ came too close to the lawn—really) trying to hogtie good, honest capitalists. Whatever your passion, whatever your outrage, whatever gets your juices flowing, transform it and connect it up to the story.

For example, someone finds “an innocuous note saying that a professor has disappeared while hiking in the Andes, and some little bureaucrat is charged with finding out what happened, and he finds a conspiracy that runs to the White House.” (The Real McKee, New Yorker)

BTW, as an example of a mystery in the American tradition McKee mentions “The Parallax View.”

That’s not the first time someone has talked about the key difference between English and American murder mysteries—and it certainly won’t be the last!—but McKee’s formulation is both concise and clear.

I think this is a good thing to keep in mind; at least, it’s something I try to keep in mind. English murder mysteries tend to   be narrow and deep. That is, they tend to tunnel inward into the lives of the victim and the suspects. American murder mysteries, on the other hand, tend to be wide and thin. That is, they tend to spread outward through society.

a. Balance. At the start of the story the protagonist’s life is more or less in balance.

b. The Inciting Incident. The protagonist’s life falls out of balance.

c. The Call to Adventure. This imbalance instills within the protagonist a conscious or unconscious desire to bring his life—to bring the world—back into balance.

But McKee isn’t just talking about character arcs. He says:

“The students realize that it’s their life I’m talking about: it’s out of balance, they’re struggling to put it into balance. How are they going to do it? They have conceived of that object, that something that if they could get it, would restore the balance of their life. Now, for the character, it could be that he needs to right the injustice that was done to his family; it could be to find something worth living for him to get up in the morning. Right? But for the student it’s a successful piece of writing and until they achieve a successful piece of writing their lives will be perpetually out of balance.”

I doubt that by “successful” McKee is only referring to monetary success. I think that, for some writers, a successful story would be one they were proud of having written. Or, to put it another way, a successful story, for some, could be a satisfying story. One that scratches a certain, internal, itch. One that brings—no matter how briefly—balance.

What McKee says here intrigues me. Everyone’s life, he says, is out of balance. His, mine, yours. Perhaps there wasn’t one single event, or one single cause, responsible for this imbalance but, regardless, we want to (consciously or unconsciously) achieve balance.

Once we understand this, we also gain a greater understanding of our characters and of the quests we send them on.

Okay, maybe I read between the lines a wee bit! If you’d like to read the interview and judge for yourself, the above was from “The Real McKee: Lessons of a screenwriting guru” by Ian Parker over at the New Yorker.

I’m curious. What is the most valuable advice you were ever given about writing? Please share!