On Breaking The Rules of Writing: It’s All On The Table 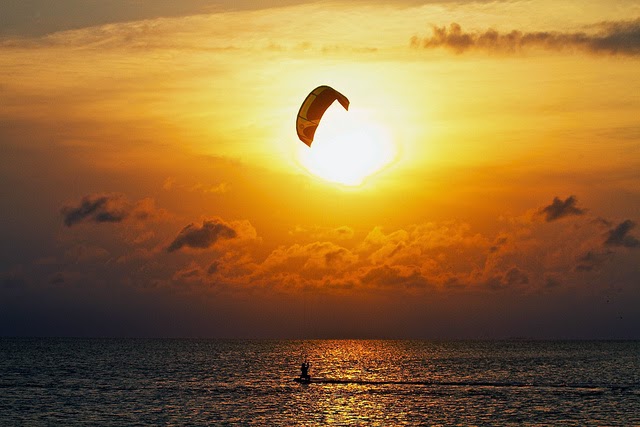 I’m a rebel at heart. I like it when writers break so-called rules and still produce a stunning piece of writing.

The Rule: Never begin a story with a character waking

For example, Gillian Flynn opens “Gone Girl” with a character waking. As I write this I realize someone might protest that “Gone Girl” begins with three paragraphs of Nick Dunne’s musings about his wife’s head, it’s shape and possible contents. But then, after these 185 words, Gillian Flynn writes:

“My eyes flipped open at exactly six A.M. This was no avian fluttering of the lashes, no gentle blink toward consciousness. The awakening was mechanical. A spooky ventriloquist-dummy click of the lids: The world is black and then, showtime! 6-0-0 the clock said—in my face, first thing I saw. 6-0-0. It felt different. I rarely woke at such a rounded time. I was a man of jagged risings: 8:43, 11:51, 9:26. My life was alarmless.”

And then, after this paragraph about Nick Dunne waking up, we get a paragraph about the weather! And you know what? Not only does it work but it is some of the most beautiful, alive, witty prose I’ve read in a long time.

The Rule: Never have your narrator address the reader directly

Another thing we’re told not to do, something that irks many readers enough to fling their books (or eReaders) across the room, is when (Dear Reader) the writer—or, really, the narrator—addresses the reader directly.

I’ve started reading P.G. Wodehouse, perhaps as a reaction to the delicious darkness of “Gone Girl”. I’ve broken into his corpus by way of his Jeeves books (specifically, “Thank You, Jeeves.”)

Here’s an example of what I mean. The narrator is Bertram (Bertie) Wooster.

“I wonder if you would mind just going back a bit and running the mental eye over that part of our conversation which had had to do with the girl.

“Anything strike you about it?

In those short paragraphs Wodehouse speaks directly to the reader. Here’s another example:

“But I had carried on according to plan, and here I was, on the fifth morning of my visit, absolutely in the pink and with no regrets whatsoever. The sun was shining. The sky was blue. And London seemed miles away—which it was, of course. I wouldn’t be exaggerating if I said that a great peace enveloped the soul.”

All that is perfectly standard. It’s funny, and Wodehouse’s distinctive voice shines through the prose, but the author isn’t doing anything outlandish. Then, in the next paragraph, the narrator shakes things up by confessing to the reader that ...

“A thing I never know when I’m telling a story is how much scenery to bung in. I’ve asked one or two scriveners of my acquaintance, and their views differ. A fellow I met at a cocktail party in Bloomsbury said that he was all for describing kitchen sinks and frowsty bedrooms and squalor generally, but the beautifies of Nature, no. Whereas, Freddie Oaker, of the Drones, who does takes of pure love for the weeklies under the pen-name of Alicia Seymour, once told me that he reckoned that flowery meadows in springtime alone were worth at least a hundred quid a year to him.”

I know some readers hate the jarring sensation that can accompany being scooped up from your comfortable armchair (or park bench or bus seat or ...) and plopped into the story. Many (many) people would like to keep their narrators at arms length and not have these little private asides from them. Personally, though, I love the cosy feeling of being involved in the story, of being drawn into it like this, where the characters themselves reach out to you. One gets the feeling: They are talking to me! (If you’re thinking that this is a sign I should get out more, you could be right.)

I think there are only three rules when it comes to writing:

1. Writers write.
2. Writers read.
3. Take all other rules with a grain of salt.

Yes, there are rules of thumb, advice that can make things easier for a new writer, someone who isn’t as adept as, say, Gillian Flynn. Her writing is artful, her prose is poetic.

The problem (I say that as though there were just one) in beginning a story when a character wakes up is that, generally, waking up isn’t terribly exciting. What’s the conflict? The struggle to stay awake? If so, the story’s in trouble before it really gets going. But, in Gillian Flynn’s able hands, it is interesting. One gets a sense that these opening paragraphs form a kind of parallel, or allegory, for the story itself. Nick is awaking ... to a nightmare. Perhaps one of his own making.

In summary, don’t let any writing rule make you feel you can’t do something you’d like to. Ultimately, we write for ourselves, we write because it’s not only something we must do but because it’s something we (usually) enjoy doing. As Stephen King says in “On Writing”:

“There is absolutely no need to be hidebound and conservative in your work [...] Shit, write upside down if you want to, or do it in Crayola pictographs. But no matter how you do it, there comes a point when you must judge what you’ve written and how well you wrote it. I don’t believe a story or a novel should be allowed outside the door of your study or writing room unless you feel confident that it’s reasonably reader-friendly. You can’t please all of the readers all of the time; you can’t please even some of the readers all of the time, but you really ought to try to please at least some of the readers some of the time. [...] And now that I’ve waved that caution flag [...] let me reiterate that it’s all on the table, all up for grabs. Isn’t that an intoxicating thought? I think it is. Try any goddam thing you like, no matter how boringly normal or outrageous. If it works, fine. If it doesn’t, toss it. Toss it even if you love it. Sir Arthur Quiller-Couch once said, “Murder your darlings,” and he was right.”

That says it all.

Photo credit: "Wind, Water, and Fire; Its All You Need" by Zach Dischner under Creative Commons Attribution 2.0.
Karen Woodward at 12:21:00 PM
Share