The Structure of a Short Story: The Setup 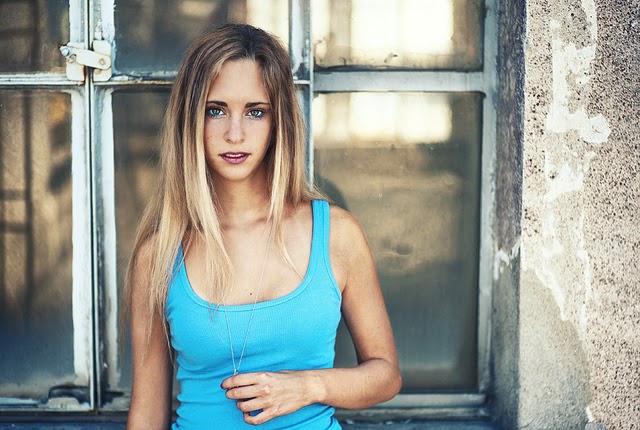 Last time I broke the structure of short stories into six discrete parts:

Today, let’s discuss the first part: setting up the story. Here we need to introduce the story world, the characters and the story question, and we need to do it in a way that is so entertaining readers won’t be able to put it down.

Whenever I write a short story I’m always tempted to give more than 25% to the setting. After all, it is, arguably, the most important part of the story. The first few paragraphs will hook a reader--or convince them to put the book down. Which means things must happen. Preferably exciting, remarkable, things. But a reader won’t care about your protagonist before they get to know him. If they don’t care about him then they won’t care about any of those exciting, remarkable, happenings. So one must first take time to set the story and properly introduce the characters. It’s a catch 22!

I think there are two general paths one can take here: the descriptive opening or the action opening.

Paint-me-a-picture. Some writers start off with description. They strut their poetic prose and trust that their readers will hold on long enough, read on long enough, to be slowly drawn in and carried away by the story.

Describe-as-you-go. Other authors start out with action (not necessarily physical action) and insert dribs and drabs of description along the way.

I’ve noticed that descriptive openings are more common in certain genre--fantasy for instance. Action, mystery, adventure and thriller books tend to jump right into the action and insert just enough description along the way so that the reader isn’t confused. (No one likes a white room!)

I went to my reading library and, more or less at random, took out two short stories, one by Terry Brooks and the other by Agatha Christie. The first is a terrific example of a descriptive opening and the latter of an active one.

“The storm clouds scudded across the night sky in roiling clumps that blotted out the half-moon and stars and enveloped the land beneath in heavy shadow. The woods surrounding the village of Archer Trace, fifty miles north and east of the city of Arborlon, stirred uneasily. The trees swayed, and their leaves shivered with a metallic rustling as wind tore at the branches in sharp gusts and rain pattered heavily against the leaves. A drop in the temperature had already announced the storm’s arrival, the air damp, chilly, and raw. Intricate patterns of lightning flashed, and bursts of thunder rumbled from across the eastern edge of the Sarandanon.”

Notice that there is nothing about the protagonist in the first paragraph; this is strictly world development. Here we see an author taking a great deal of trouble to set up the world and establish a mood.

“Four grunts, an indignant voice asking why nobody could leave a hat alone, a slammed door, and Mr. Packington had departed to catch the eight forty-five to the city. Mrs. Packington sat on at the breakfast table. Her face was flushed, her lips were pursed, and the only reason she was not crying was that at the last minute anger had taken the place of grief. ‘I won’t stand it,” said Mrs. Packington. “I won’t stand it!’ She remained for some moments brooding, and then murmured: ‘The minx. Nasty sly little cat! How George can be such a fool!’”

Compared to our first paragraph this one moves with the pace of an explosion. At first I was tempted to think that Agatha Christie gave the reader less information than Terry Brooks, but after studying the openings I came to see that it was just information of a different sort.

Let’s list and compare the information these paragraphs give the reader.

Setting: What time of day is it?
TB: Night.  This is explicitly stated: “The storm clouds scudded across the night sky [...]”
AC: Morning. Stated. “[...] Mr. Packington had departed to catch the eight forty-five to the city. Mrs. Packington sat on at the breakfast table.”

Setting: What’s the weather like?
TB: There’s a storm bearing down on the land. So there are high winds, swaying trees, a drop in temperature, the air is damp and there’s thunder.
AC: No idea.

Setting: Where are we?
TB: The woods surrounding the village of Archer Trace, fifty miles north and east of the city of Arborlon.
AC: In a kitchen at a table laden with the remains of breakfast.

Character: How many characters?
TB: No human characters are introduced, though the world, the environment, the weather, may have equal importance to any of the characters.
AC: Two, but a third and fourth are implied:
- Mrs. Packington: the client.
- Mr. George Packington: Mrs. Packington’s motivation.
- The minx: the complication.
- Mr. Parker Pyne: The protagonist.

Character: What is the protagonist’s goal?
TB: No idea.
AC: One suspects it has to do with revealing the “sly little cat” to Mr. George Packington for what she is.

And so on. I am amazed that such a great deal of information was given in just the first paragraph. Both Terry Brooks and Agatha Christie set up their respective stories brilliantly. One day I would like to step through a (very!) short story and systematically dissect how the author answered each of these questions.

All right, so. After we’ve gone through and written our story out, what questions should we have answered in the setup?

Questions for developing a setting:

What time of day is it?

If we are outdoors, or near a window, what is the weather like?

What town, city, village, etc, are we in? Also, are we in a house, an apartment, a houseboat, a motorboat; are we in a forest or afloat on an ocean?

You’ll likely have a protagonist and antagonist. Also, it often helps to give the protagonist a helper or a mentor, someone he can talk to as well as someone who can help her out if she needs it. Speaking rather callously, giving the protagonist a helper (or mentor) also gives the writer someone to kill off in a highly an emotional way about 3/4 of the way through the story at the major setback. For example, Obi Wan Kenobi sacrificed himself near the end of the second act in Star Wars: A New Hope.

What is the protagonist’s goal?

The protagonist generally doesn’t get their story goal until about the 25% mark. Even so, they generally have an initial goal, something to get the story going.

What motivates the protagonist?

Whenever I think about a character's motivation and what distinguishes their motivation from their goal I think of a cartoon I once saw: a man in a rowboat, pursued by a shark, paddles for shore. Despite the man’s best efforts the shark gains on the rowboat. The man sees this and paddles harder, faster; he paddles until his lungs burn. Will he be able to reach land before the shark upends the rowboat and eats him?

In that scenario the shark is the man’s motivation to row for shore and the shore is the goal.

How does the protagonist intend to achieve his goal?

How the protagonist intends to achieve his goal probably won’t be remotely close to how he actually achieves his goal (if he does). Still, the protagonist should have something of a plan even if it’s along the lines of: We go there, raise hell, grab the thing and come home.

What are the protagonist’s stakes?

Are the protagonist’s and antagonist’s goals mutually exclusive?

The answer to this question should be: Yes! This is why the antagonist and protagonist are at each other’s throats: if one gets what they want the other cannot. It is the immediate source of their conflict and, as such, forms the engine that drives the story forward.

Now, for each of the above questions that mentioned the protagonist, substitute “antagonist” for “protagonist.” Remember, the antagonist is the hero of his own story.

At the end of the setup, does the protagonist take her first step toward achieving her goal? That is, does she begin to set her plan in motion?

This question is often answered at the end of the first act when the protagonist commits to her quest. She becomes “locked in” to a certain course of action and cannot go back to the way things were. Further, she does this of her own free will knowing what the stakes are.


That’s it! Next time we’ll look at the next stage, the next bone in the skeleton, of our short story The First Complication.