Spice Up A Boring Scene With Conflict 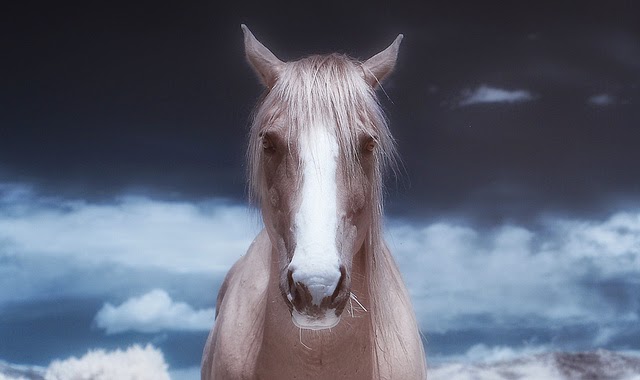 Have you ever written a boring scene? Of course! We all have. It’s called a first draft. Today, though, I’m talking about scenes that have snappy dialogue and vivid descriptions and yet are better than warm milk at putting readers to sleep.

When presented with a scene like this a writer has two choices: cut it and send it to the great recycle bin in the sky or make it work. One way to make a lifeless scene work is to add conflict.

On Monday, I began looking at how conflict can add interest to what would otherwise be a boring scene by examining a scene from Michael Bay’s movie, "The Rock." Today I’m going to talk about Chris Winkle’s article: “Five Ways to Add Conflict to Your Story."

1. Put the good guys and gals in a jar and shake!


Give the protagonist’s allies deep and abiding differences. Give them differences that can make it impossible for them to work together, even though they're both--theoretically--on the same side.

The classic example here--it even has a trope named after it--is Leonard McCoy and Spock. These characters embodied two opposing states or qualities: Reason/logic versus emotion.

For example, this is a familiar scenario from Star Trek: A member of the away team has beamed down to a hostile world. He is in trouble. If the Captain doesn't intervene, he'll die. The problem: If the Captain uses advanced technology to rescue the team member, then he will violate the Prime Directive. (Like that hasn't happened about a zillion times!)


Spock: You can do nothing, Captain. To interfere would violate the Prime Directive. Logic dictates that the needs of the many outweigh the needs of the few, or the one. The crewman must be sacrificed.

Bones: Spock, you pointy-eared hobgoblin, do you have ice water for blood?! He is our crewman; we can't just leave him out there to rot. It's not civilized, it's not human.

Spock: Doctor, I fail to see what his species has to do with it.

Or the difference could be more light-hearted, Bones looking forward to the diversions of a pleasure-planet versus Spock's complete disinterest.

2. Ramp up the protagonist’s inner conflict.


Protagonists are just like your average human--even when they’re from another galaxy. They want things that are mutually exclusive. For example, they want their parents to be proud of them but they also want to live their own lives as they see fit. Sometimes these two goals coincide--often they don’t.

Spock’s father wanted him to attend the Vulcan Science Academy but Spock chose, instead, to join Star Fleet. His father was not pleased. It made those rare times when he stayed on the Enterprise especially interesting.

3. Have a strong rivalry between the protagonist and the scene antagonist.


Winkle writes that what is important in an enemy is that “their goals and methods directly conflict with your hero’s.”

For instance, if a scene is dragging but you don’t want to cut it then think about introducing an enemy, one whose goals and methods are opposite to those of the protagonist.

Winkle suggests that to amp up the interest you could make the scene antagonist someone who the protagonist hurt in the past or vice versa.


Take a proverbial crow bar to your protagonist’s kneecaps right when he needs them the most. (This is what happens at the Major Setback.)

For example, perhaps the hero has something, perhaps a magical gem, magical powers or perhaps a person (for instance, his mentor) he counts on to help him achieve his goal. Take this away, take away his support system, and take it away at the worst possible moment. (for example, when Obi Wan Kenobi dies in “Star Wars: A New Hope.”)

Or you could disgrace your protagonist socially. Perhaps your protagonist is the CEO of a company that needs the goodwill of its investors to bring her plans to fruition. If she is disgraced, this backing will disappear. Alternatively, perhaps the protagonist is about to sign a lucrative, life changing, contract with a large company when pictures of her posing beside dead exotic animals surface.

5. Bring on the destructor!


Winkle’s subtitle for this point is “Unleash Disaster,” which is a much better subtitle, but I re-watched “Ghostbusters” last week and couldn’t resist.

If you’ve ever played “SimCity,” you know the unholy glee of unleashing a disaster on your unsuspecting Sims. It can be entertaining to sit back and revel in the destruction, comfortable in the knowledge you’ve saved the game.

The same thing goes for your story. Winkle writes:

“There are all sorts of natural disasters waiting to challenge your hero and endanger innocent bystanders. Disasters work well for characters that are traveling. They’re also a great option if you need a conflict that only shows up once, then disappears.”

Well said! And it can be a good way of killing off unnecessary characters.

Natural disasters can transform a setting in short order, mixing things up, introducing multiple sources of conflict: food and water shortages, different and more severe weather patterns and of course all sorts of wild and hungry beasties wandering around.

“Five Ways to Add Conflict to Your Story,” by Chris Winkle is a terrific article, one I highly recommend.

That’s it! If one of your scenes drags, how do you fix it?