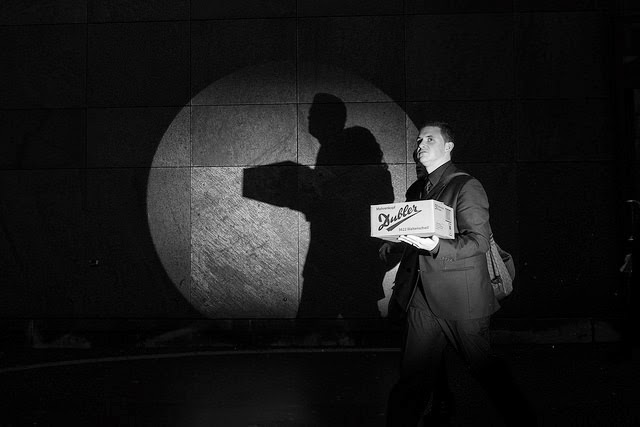 Agatha Christie is the best-selling novelist of all time and one of my favorite authors. I've spent many a night curled up in front of a roaring fire, cocoa close at hand, reading and re-reading her now familiar tales.

Although no one can write exactly like she did--and who would want to? The goal of each writer is to develop their own voice--time and again I have wondered about the secret of her success. I'm not suggesting she employed any sort of formula, but I believe that there were certain elements, certain characteristic regularities, to her work that may have contributed to her phenomenal success.

Before we turn our attention to this, though, let's take a quick look at Agatha Christie's accomplishments.

Agatha Christie's novels have sold 4 billion copies making her the best-selling novelist of all time. Since her books have been translated into over 100 languages she is also, to date, the world's most-translated individual author. [3]

That kind of success is difficult to grasp! Christie's best selling novel--And Then There Were None--is also the best selling mystery novel ever with 100 million in sales. To put that in perspective, the 50 Shades of Grey series has sold 100 million copies to date. Those books did so well that "Random House CEO Markus Dohle" awarded "$5,000 bonuses to every member of his staff, from top editors to warehouse workers."

Even though Christie passed away in 1976 her influence has not waned. Just last year her novel The Murder of Roger Ackroyd "was voted the best crime novel ever by 600 fellow writers of the Crime Writers' Association." [3]

So! Hopefully I've whet your appetite. The question is: How (apart from hard work and luck) did Agatha Christie write books with such universal appeal?

The Structure of an Agatha Christie Murder Mystery

I'm in the midst of writing a series that discusses the building blocks of a mystery novel (victims, sleuth, murder, and so on) so I don't want this post to cover territory I've already gone over. As a result, I'm going to concentrate on only those aspects I feel are characteristic (though perhaps not unique) to Agatha Christie.

- Setting
- A, B, & C Story
- Murder (Inciting Incident)
- The Psychological Method
- Trickery
- The Unexpected
- A Unique Structure
- The Reveal

These points about setting aren't unique to Christie but they are so important that I think they bear repeating. If you're writing a cosy (and cosy's are the kind of mystery I'm focusing on) then the setting needs to be:

a) closed, and
b) something that provides a contrast

I go over these points in detail in my article, The Importance of Setting In Writing A Murderously Good Mystery, but, briefly, you want a setting that will exclude the possibility of a character from the outside coming in and committing the murder and, also, you want to maximize the disruption the murder will create in the society. For example, the murder of a presidential candidate on the eve of the election, one executed somewhere public such as a parade route, would cause a lot of disruption to society compare to, say, the murder of a John Doe in an alleyway in a crime infested part of town.

In "The Writing Style of Agatha Christie," Evelyn Hepburn writes that Agatha Christie generally has two main threads in her books. One thread involves the murder while the other, a subplot, "involves a psychological trickster: a character that intentionally creates fear and chaos for the other characters. Usually this character is not the one that committed the murder, as this conclusion would be too obvious; rather, it is an individual with a hidden vendetta against the rest of the party." [1]

As soon as I read this I thought, "Yes! Why hadn't I noticed that?"

Myself, I think Christie often (though not always) had three distinct threads interwoven throughout most of her plots. Let's call these the A story, the B story and the C story.

The A story is the main story, the story of the murder. The B story is a subplot that includes one of the main characters in a romance. The C story is another subplot, one about a character who has malign intentions toward one of the other characters. These intentions aren't related to the murder--perhaps this is suspected but, in the end, the 'touch of evil' character will not be intimately connected with it.

Yesterday I watched a BBC program based on Christie's Greenshaw's Folly. In that story (the BBC version at least), the main story was the 'touch of evil' plot. A mother (Louisa Oxley) and her young son flee her abusive husband. Miss Marple put them up for a night and then found the mother a job at Greenshaw's Folly where, of course, a number of suspicious deaths occur. Throughout the story, the young mother is terrified that her husband will find her and take her son away. Louisa thinks she sees her husband's face several times, peering in at her through a windowpane.

In Greenshaw's Folly the main subplot involves the murders and continues to grow in importance until around the 75% mark where this subplot and the main plot dovetail.

The second subplot is the romance that is slowly developing between the main character, Louisa (who, interestingly, is not the sleuth), and her object of romantic interest, Alfred Pollock. Since Louisa is, technically, still married the romance itself is downplayed but Alfred is shown to be an excellent role model for her son and a steadfast friend. It is a rocky romance, though, since Alfred is suspected of the murders and, were it not for Miss Marple, he would have hanged for them.

One thing that I like about Agatha Christie's stories is that, while her sleuths are strictly celibate, many times there is a (very mild) romance between two of the characters. Though other authors do include a romance in their mysteries or thrillers, I appreciate the way Christie intertwined this romance with the main thread of murder, making the outcome of the romance dependent on finding out who the true murderer was.

I found this over at tvtropes.org:

"Author Filibuster: Christie novels tended to have long Start to Corpse times, something which she was occasionally criticized for. She used the first chapter of Towards Zero to respond to these criticisms by having a character deliver a lengthy speech on how a murder is the culmination of a murderer's plot rather than the instigating point, and thus should come as late in the book as possible." [6]

Received wisdom these days seems to be that one should get to the murder as soon as possible, but a late start certainly did work for Christie.

Hercule Poirot often refers to his "little grey cells." This harkens back to the idea that a true detective needs nothing more than the facts and a comfortable armchair to solve a case. Though Poirot fits within this tradition, Christie added a twist: the psychological method.

It wasn't through facts alone--the overturned candlestick in the bedroom, the list of toiletries in the bathroom cabinet, etc.--that the murderer was discovered, it was also through a deep understanding of human psychology. In Christie's later books Poirot holds that certain types of crimes are committed by certain types--certain psychological types--of people.

In contrast to other detectives (notably Monsieur Giraud of the Sûreté in Murder on the Links), Poirot arrives at the identity of the murderer by looking at two things: a) the nature of the victim and b) the psychology of the murderer. (Hercule Poirot, Wikipedia)

Poirot--and to a certain extent Miss Marple--wasn't beneath using deception if it would help him unravel the psychological puzzle before him. To this end, Poirot sometimes got people to talk to him by giving out false or misleading information about himself or his background. (Hercule Poirot, Wikipedia)

Also, HP would make himself seem more foreign or vein to make other characters underestimate, or even despise him. As their estimation of his ability lowered so did their guard and they often let slip something they never would have if they thought he was an upstanding, competent, member of English society.

Poirot would do things Hastings (the Watson) viewed as very un-English, like rummaging through a woman's belongings without her permission and reading her love letters to find a clue.

I thought I was going to be able to get through this material, but there's no way! I want to talk (briefly) about Agatha Christie doing the unexpected, even the forbidden, and what the result of that was. Finally, I want to share certain points about the structure of Christie's novels that were, if not unique, characteristic of many of her works.