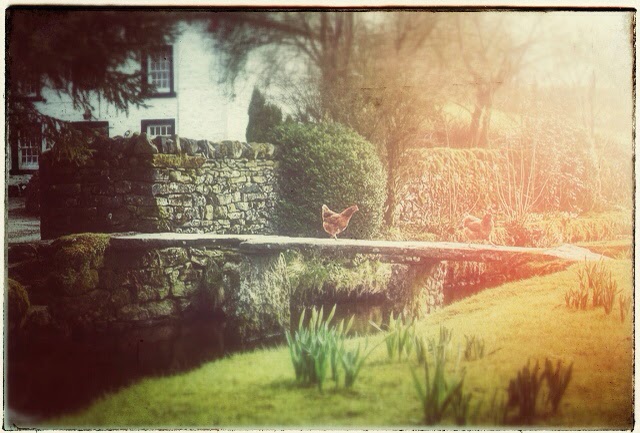 Today I'm continuing with the second part of my two part series on how to write like the Queen of Crime, Agatha Christie. Today I want to look at three things:

I feel that each of these elements contributed not only to her astonishing success but to the uniqueness of her work.

By the way, my title is somewhat tongue-in-cheek. I truly don't believe there was a secret to Christie's success; no formula exists for reproducing her phenomenal achievements. That said, I do believe that part of her success was due to her willingness to flout the conventions of her craft and risk the ire of critics as well as her peers.

(Note: Though I did try to get through all these points, I only made it through the first. As a result this article is actually part two of a three part series.)

1. Christie did the unexpected, even the forbidden

There is a story making the rounds that Agatha Christie was nearly thrown out of the Detection Club because she so thoroughly and regularly broke their rules of fair play in writing, specifically her novel The Murder of Roger Ackroyd. According to the story it was Dorothy L. Sayers (then club president) who cast the vote that saved her from the disgrace of expulsion.

While this is a terrific story, I doubt it ever happened. (Since this is off topic, I'll put my reasons for disbelief in footnote 9, see below.) The reason I mention the story is because the tale nicely illustrates an essential truth about Christie's work: she wasn't afraid to break rules or flout conventions. For example, although I doubt anyone wanted to expel her for it, she did likely break the rules of the Detection Club more than any other writer. [11]

Let's take a look at each rule of the detection club (these seem to have been less like rules and more like ethical guidelines) and see whether, and how, Christie broke it.

Rule #1: "The criminal must be mentioned in the early part of the story, but must not be anyone whose thoughts the reader has been allowed to know."

Famously, Agatha Christie broke this rule in her masterpiece, The Murder of Roger Ackroyd. That book is told by the killer who is acting as Hercule Poirot's assistant--his Watson--in the case. Further, it is told using the first person, so one does know the innermost thoughts of the narrator/killer.

This certainly didn't seem to hurt the book! This is from Wikipedia:

"It [The Murder of Roger Ackroyd] is one of Christie's best known and most controversial novels, its innovative twist ending having a significant impact on the genre. The short biography of Christie which is included in the present UK printings of all of her books states that this novel is her masterpiece. Howard Haycraft, in his seminal 1941 work, Murder for Pleasure, included the novel in his "cornerstones" list of the most influential crime novels ever written. The character of Caroline Sheppard was later acknowledged by Christie as a possible precursor to her famous detective Miss Marple." (The Murder of Roger Ackroyd)

Not satisfied, in 1967 Christie broke the rule again in her critically acclaimed Endless Night.

Rule #2: "All supernatural or preternatural agencies are ruled out as a matter of course."

Off the top of my head, The Idol House of Astarte and Dead Man's Mirror violated this rule. Yes, the final solution didn't involve anything supernatural but the supernatural wasn't ruled out until the very end. That is, a supernatural explanation wasn't ruled out as a matter of course but, instead, seemed to be taken seriously. (Also, The Adventure of the Egyptian Tomb)

Rule #3: "Not more than one secret room or passage is allowable."

Christie had a lot of fun with secret rooms and passages, but (as far as I can recall) nearly always used them as a red herring, something the murderer used in an attempt to throw the sleuth off the trail. For example, Three Act Tragedy and Peril at End House. However Christie did use them more seriously in The Adventure of Johnnie Waverly.

Rule #4: "No hitherto undiscovered poisons may be used, nor any appliance which will need a long scientific explanation at the end."

Rule #5: Do not use stereotyped boogymen. [This is my paraphrase of the original rule.]

Just last night I re-watched the BBC's excellent adaptation of Cards on the Table which breaks rule number five, a rule which I take as saying that one must not use fictional stereotyped boogymen like Fu Manchu. One's villains (in this case Mr. Shaitana) must be three-dimensional.

In Cards on the Table Christie subverted the stereotype. Though I have never read a book that Fu Manchu appeared in, it seems he was, fundamentally, the kind of character who killed people and did all sorts of dastardly deeds. Christie cleverly subverts that stereotype in Cards my making Mr. Shaitana do the completely unexpected--he arranged for his own murder. This is made plausible by the psychological state of the man and what he hoped to accomplish by the act.

(Future me: In an earlier version of this post I had written that Shaitana killed himself. A keen eyed reader pointed out that wasn't true. And that's correct. Shaitana set up a little drama with the intention that one of his guests would kill him and then he drugged himself because he didn't want to feel the dagger as it was slipped into his body. Shaitana did, in a sense, commit suicide, but, still, he was murdered.)
(August 2021 Note: In the above I had mixed together the excellent television adaptation of Agatha Christie's Cards on the Table with Christie's equally excellent book. In the book, Shaitana does not anticipate that one of his guests will kill him, that only happens in television adaptation (Poirot, Season 10, Episode 2) staring the wonderfully talented David Suchet. Thank you to all those who pointed this out.)

Rule #6: No accident must ever help the detective, nor must he ever have an unaccountable intuition which proves to be right.

Though I have to say that Christie didn't always play fair with the reader--in at least one of her stories I swear there was no way a reader could have guessed the solution--I can't think of a book of hers in which this occurred. (Can you? If so, please leave a comment.)

Rule #7: "The detective himself must not commit the crime."

Christie shattered this rule more than once. She did this first and most spectacularly (as we have seen) in The Murder of Roger Ackroyd, but also in Endless Night.

Rule #8: "The detective is bound to declare any clues which he may discover."

I think Christie tended to play fair with this. Her detectives shared all their clues with the reader, but almost never shared the inferences drawn from them, except at the end.

Rule #9: "The 'sidekick' of the detective, the Watson, must not conceal from the reader any thoughts which pass through his mind: his intelligence must be slightly, but very slightly, below that of the average reader."

As we have discussed, Christie shattered this one in The Murder of Roger Ackroyd.

Rule #10: "Twin brothers, and doubles generally, must not appear unless we have been duly prepared for them."

I think Christie played fair with this. One of the books she used this idea in (though they aren't, strictly speaking, twins) with great effect is A Murder is Announced.

Agatha Christie's Score: How much of a rule breaker was she?

What is Agatha Christie's score?

(By "subverted" I mean that while Christie technically broke the rule she still played fair with the reader. By "broken" I mean to indicate that, strictly speaking, she did not play fair.)

Well, 4 out of 10 isn't bad! (grin) So she broke the rules more than she kept them, but she did it intelligently, creatively and with wit.

Thanks for reading and I promise to wrap up this series in one more post. (Perhaps not the next post--I think I'll blog about something else next time--but soon.)

1. "The Writing Style of Agatha Christie," by FreelanceWriting.com.
2. "Agatha Christie - Her Method of Writing," over at christiemystery.co.uk.
3. "Agatha Christie," Wikipedia.org.
4. "Random House employees get $5,000 bonuses, thanks to ‘Fifty Shades of Grey’," by Caitlin Dewey over at The Washington Post.
5. "Fifty Shades of Grey," Wikipedia.org.
6. "Creator: Agatha Christie," tvtropes.org.
7. "Mystery Tropes," tvtropes.org.
8. Some accounts have the Detection Club forming as late as 1930. Either way, however, my point stands.
9. First, The Murder of Roger Ackroyd was published in 1926 and the murder club didn't start up until 1928.[8] Presumably the other authors had read, or at least knew of, Agatha Christie's work and wouldn't have invited her to join if they so disapproved with her methods.
Second, Dorothy L. Sayers became president of the Detection Club in 1949, 23 years after Christie published The Murder of Roger Ackroyd. I find it difficult to believe that it took (at least) 23 years for the members to become so incensed at the flouting of their rules that they clamoured to expel her.
Third, in the documentation I have read about Christie and the Detection Club [link to post on murder site], the members--especially by 1949--seem to have been in awe of Agatha Christie so I doubt any of them would have demanded her removal.
But, I could be wrong. As they say, life is stranger than fiction. If anyone has any concrete information about this please do leave a comment or use my comment form to contact me privately.
10. The oath and initiation ceremony of the Detection Club. A-Z Challenge – Rules of the Detection Club (circa 1929), by elegsabiff over at Quite Contrary.
11. S.S. Van Dine also formulated a set of rules. See: Twenty rules for writing detective stories.