6 Tips From A Legend: Lorenzo Semple Jr On How To Write 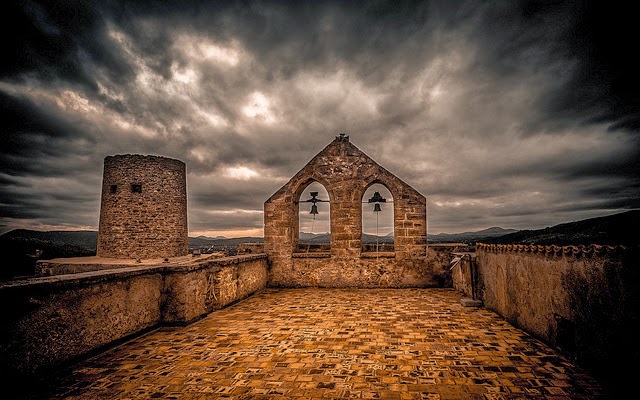 In 2008 Lorenzo Semple Jr. was hailed by the Writers Guild of America as a Living Legend.[1]

In 2011 Mr. Semple sat down with writer and TV producer Lee Goldberg and passed along some of his writing wisdom. (See: Lorenzo Semple, Jr.) What follows is my transcription of a small portion of that talk.[4]

LG: What is the best piece of advice you've ever given and what's the best advice you could give someone just starting out writing for television?

Semple: With TV, it really depends on who you have involved in the project. If I wrote a two paragraph idea for a series, everything would depend on who I got enlisted for the project.

Networking, the politics of television, is very important. That and, these days, having an original voice helps. Programs like Monk and Weeds are trying to be more original.

But, generally, here's what you want to do: improve your personality. I don't care about your writing. Making television is difficult, it's arduous. I'm talking about working with all the people involved in the process, getting notes and all that. Some of the people you'll work with will be detestable.

Be likeable but don't lick boots. They like to be insulted a bit if you do it wittily enough.

One line I always used selling pitches to movies: This movie probably will fail, most movies do, but if it succeeds, what an upside!

That's what they really want to hear. Most movies are going to fail, but if you can appeal to their greed ... They don't want to know that if it's good it'll win an award, they want to know its going to be huge!

That's a piece of advice I would give writers.

And don't be self-pitying. Many writers say they're the only ones who face the agony of the blank page. I say you're idiotic. The blank page is the greatest moment of writing a script. It could be the greatest script in the world. Be happy that you have the privilege of having the blank page. That should be your approach to writing.

2. If you want to understand a movie then read the script.

I'm not talking about the Syd Field's type of thing, about something having to happen on page 23 or all that. That's all very useful, and required, particularly in television, but that will come naturally as you read scripts.

I'm a great believer in reading scripts rather than watching movies to learn about them. You're distracted by the movie.

3. The first 10 minutes of a movie should establish the characters, their basic motivations, and the genre.

My favorite thing I would do in class, I would show the first 10 minutes of any movie and at the end of 10 minutes I would stop it and say So, what has been established? What do we know now? What kind of story is this? What do we think this is going to be about?

A lot of things should have been established. The characters. Not by direct exposition, but you should have a strong idea of the movie you're going to see.

When you start a movie you're making a contract with the reader/viewer. If you go into a restaurant and order fish and they bring you a wonderful steak you're going to say Hey! I didn't order this, take it back. You're going to feel cheated. So I think it's very important to be clear about the kind of thing you're writing.

4. Do a bullet point outline of each scene.

And that's an argument in favor of outlines. Which I'm too optimistic, too hopeful, to write myself. I find it very hard to go through the thing I'm writing and outline. But I do believe strongly in outlining the scene before you. I believe they call that using bullet points. Outline what's going to be in the scene.

5. How to avoid writer's block: never quit writing for the day when you're stuck, always quit when you know what the next sentence is going to be.

Another thing. Never quit writing for the day when you're stuck. Quit when you know what the next sentence is going to be or the next little scene is going to be. Then you don't get blocked.

I've never done it, but I know a couple of people who do.

6. Stand up when you write.

I also believe in writing standing up at a lectern. That way it's more like painting. You write something, walk away from it, walk around the room, think, come back. I think its a much more flexible, a much more artistic and fluent way to write.

Semple: I have trouble standing up now. In my day, I hadn't thought of it. [laughter] I've read many maxims I think are very good that I don't do.

One person said that in every scene every character should think he's the main character in that scene. That's a wonderful idea but I don't know how you do it. That's one of those things that sound great when you're giving sage advice.

But, anyway, that's how I sum up my view of writing and my career.

That was the end of the interview. I'd encourage you to watch the YouTube video since so much was communicated through tone of voice and gesture.

My favorite bit of advice was the part about letting your readers know right away the genre your story is in. That's two points, really:

a. Be clear about the genre from the first paragraphs and
b. market the book accordingly.

Even if one writes the best romance this world has ever seen, if it's marketed as a murder mystery readers are going to be disappointed and (militantly) upset. Which means the number of one star reviews will skyrocket even though the book was well written and tells a compelling story.

That's it for today!

I'll publish another post on Wednesday as usual (my regular posting schedule is Monday, Wednesday, Friday) but I'm also attempting to blog chapters of my upcoming book, Parts of Story. I'll put those out Tuesday, Thursday and Sunday.

At least, that's the plan. I'm not sure if I'll put those posts through Twitter; if you're interested in seeing them then you will as long as you've subscribed to my blog feed. Also, if you're not interesting in reading these 'blogging my book' posts, they'll be clearly marked with the prefix "Parts of Story." (For example, Parts of Story: The Structure of Genre or Parts of Story: Choosing a Theme and so on.)

Thanks to everyone for your patience as I try this out.

1. Lorenzo Semple, Jr., Wikipedia.
2. Lorenzo Semple Jr, IMDb.
3. Lorenzo Semple, Jr, EmmyTVLegends.org.
4. This is not a word-for-word transcription. Certain points are, but, overall, it is more of a paraphrase. Anything that reads well is due to Mr. Semple, anything that is awkward or incorrect is my fault. Thanks to Lee Goldberg who mentioned Mr. Semple's death on his Google+ feed and gave the link to his previous interview with the writer.