How To Create Distinct Characters: An Exercise 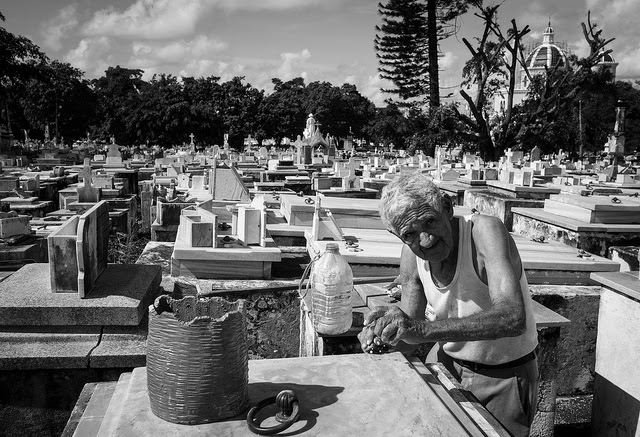 Have you ever had trouble telling two characters apart? Either in your own work or others? I know I have, which is why I was thrilled to find this exercise: Guest Author Bryan Cohen: 60 Seconds of Hell: An Improv Character Exercise Adapted for Writers.

How to improvise your way into creating distinct character voices

This writing exercise started off as an acting drill, a brutal one guaranteed to turn your brain into mush in 30 seconds flat!

Why put yourself through this creative torture?

Because, just as this helps actors portray distinct characters on the stage, so it will make it easier for you to craft unique, fresh, lively, characters upon the page.

"The coach of the improv team would hold a stopwatch and send one of the performers to the stage. The performer takes a one-word suggestion and starts a scene as a certain character. After 10 seconds, the coach says, "Switch!" and the performer must start a new scene as a completely different character. The goal is to create six distinct characters that speak different, move differently and are only connected by the fact that it's the same improviser performing all the roles.

"Most of the time, a performer will have no problem with the first two or three characters. By the third or fourth character, there will be a pause or a similar character to the first couple will rear his or her head. While the first few characters are triumphant, the last couple are often a stumble. (60 Seconds of Hell)"

Does your character move quickly? Are her movements jerky? Sudden?

Often a person's movements are indicative of what he or she wants. For example, if your character is a femme fatale she'll move one way, if she's a single mother of five young children just home from her second minimum wage job, she'll move in quite another. Or think of the cautious, stealthy, precise, movements of a burglar.

Is your character happy? Sad? Worried? Angry? Scared? Despairing? Think of how to communicate each of these emotions through dialogue (remember: show don't tell.)

In her article, "The Human Voice--Pitch," Tonya Reiman writes that:

"Everyone has a distinct voice, different from all others; almost like a fingerprint, one's voice is unique and can act as an identifier. The human voice is composed of a multitude of different components, making each voice different; namely, pitch, tone, and rate."

Recall the character of Moaning Myrtle, played brilliantly by Shirley Henderson, from Harry Potter and the Chamber of Secrets. Shirley Henderson's voice is distinctive and was a significant part of what made Myrtle unforgettable.

60 Seconds of Hell: The Writing Exercise

- A piece of paper (or electronic file) divided into six sections.

- A timer set to mark six increments of ten seconds each. If you don't have such a timer, a friend with a stop watch would come in handy!


I did this exercise without the aid of a timekeeping friend by using a stopwatch app on my iPad and then hitting the 'lap' button every ten seconds. It was awkward but doable. That said, if anyone out there knows of a timer/counter/doodad that can be set to emit a beep every X seconds, please let me know! :-)

Write a dialogue for six characters, switching to a new character every ten seconds.

Bryan Cohen encourages writers to experiment with this exercise. Try varying the amount of time or characters. Stipulate that one of your characters has to use a British accent. Be creative!

"Don't worry, this exercise is meant to make your brain feel like jelly. With enough practice, it should help you to differentiate your characters to keep them from sounding alike. By going through six characters at a time, you may also find a new person you want to spend time with in your next story. So try going to hell and back. You might return with a lot more than you bargained for. (60 Seconds of Hell)"