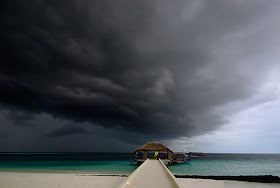 There is no real ending. It's just the place where you stop the story. -- Frank Herbert

There's nothing quite as satisfying as a great ending. In her recent blog post Laura Dennis writes that the key to a great ending is making sure your readers are emotionally connected to characters, if they are they'll care what happens to them.

But how do we do this? How do we establish this emotional rapport?

Joanna Penn, in her wonderful article How To Write The Ending Of Your Novel, advises:


- Don’t use sappy extraneous contemplation. This is the big problem with the ending of Dan Brown’s ‘The Lost Symbol‘. The last chapter or two is just watching the sun rise and thinking about the experience. Boring and pointless.

- Some genres have an expected ending that you can’t mess with. If your genre is romance, they have to get together at the end. There’s no getting around this unless you want to change genres! You also need to keep some characters alive if you have a series of books planned.


Crista Rucker in her article, Keys to Great Endings, writes:

The first and most important key to a great ending is inevitability. When a reader finishes your novel, she should feel like there is no other possible ending that would fit the book. Writers such as China Mieville, with his critically acclaimed novel Perdido Street Station, seem to have mastered this concept. The ending to this novel is grim and sad, but if you sift through the scenes leading up to this climax, you see that there really is no other possible way the novel could have ended without destroying the themes and invalidating the scenes that built to the climax. Even in surprise or twist endings, which are currently very popular, it is fun for a reader to re-read the novel to see how each scene interlocks and weaves the pattern that will become the ending.

b. Every scene reflects how the novel will end

The point to remember in creating an inevitable ending is to plot your novel so that every scene reflects how the novel will end. Even scenes that belong to a subplot or exist merely for character development should provide a small insight as to why the ending occurred and why, given the characters, setting, and prior plot points, it is the only one that fits. The easiest way to do this would be to know the ending before you start to write or plot your novel, but this can also be done in the revising stage once the final outcome is known and all the scenes are written.

Another key to great endings is to ensure that the characters' actions create the ending. The ending should come as the result of a choice that the main characters make. Every action and interaction, even down to every word of dialogue, whether your characters are talking about what to eat for breakfast or hashing out a plan to murder the villain, should foreshadow that final choice. This ties in with that sense of inevitability and is the prime method used in Mieville's novel to construct his ending.

This morning I read Truman Capote's hauntingly beautiful short story, Miriam. I mention it here because I think it's a good example of Chrita Rucker's three points. The ending seemed inevitable, every scene seemed to lead to it and the character's actions created it. (Thanks to FC Malby for the link to Miriam.)


Question: What was your favorite ending?