Every Buffy Needs A Xander: What Makes A Great Sidekick 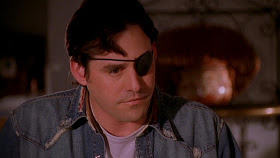 Xander: Where is he? Where's the creep that turned me into a spider eating man bitch?
Buffy: He's gone.
Xander: Damn it! You know what? I'm sick of this crap. I'm sick of being the guy who eats insects and gets the funny syphilis. As of this moment, it's over. I'm finished being everybody's butt monkey!
Buffy: Check. No more butt monkey.


When to give your protagonist a sidekick


A sidekick is often useful when a protagonist is difficult to get to know from an audience perspective. Since the sidekick is often implied to know the hero better than anyone else in the story, there is often an emotional connection between the reader and the sidekick, and that connection combined with the friendship with the hero informs the audience’s opinion of the hero. (How to Kick Your Story Up a Notch With a Sidekick)

Sherlock would be very difficult to get to know, and even harder to like, without Watson. It's not easy to identify with someone super-humanly intelligent who views regular people as the intellectual peers of aardvarks. And as for who he'd rather spend time with ... well, the aardvarks win, hands down.

Liz Bureman's discussion of sidekicks whet my interest so I headed over to tvtropes.org, a truly wonderful site that will make hours of your life vanish before you can say "I never knew there was a trope for that!"

Here's a few of the things they had to say:


What Makes A Great Sidekick


I didn't know the origin for the idea of the foil until I looked it up on tvtropes.org:


Jewelers often put shiny metal foil underneath a gem to make the stone shine brighter. A literary foil is someone who highlights another character's trait, usually by contrast, but sometimes by competing with him, hanging a lampshade, making snarky remarks, or egging him on.

Sidekicks often serve as foils to the hero by being something the hero himself is not (a calm and pragmatic sidekick when the hero is hotheaded, for example). In the classic good-guy versus bad guy scenario, both the hero and villain can each be considered the other's foil, in that each acts to show how the other behaves in certain situations. (Foil)

So the sidekick as foil highlights the hero's qualities by counterbalancing them.

Just as Sherlock Holmes is insanely intelligent, so Watson is thoroughly ordinary and yet he has more common sense than Holmes will ever possess.

Many intentional foils are depicted as physical contrasts to the main character. Thin vs. fat and tall vs. short are among the most common ways of setting up a contrast. Similarly, when the hero's Love Interest is blonde, the villainess tends to have dark or red hair; when the villainess is blond, the hero's Love Interest tends to be dark or red haired. (Foil)

Even the sidekicks physical appearance is different--opposite--that of the hero's.


Sidekicks have problems and they know people who have problems. This allows your protagonist to be anti-social and still get involved in the messy business of helping ordinary people fix what has gone wrong in their lives.

Also, a sidekick provides someone for the hero to explain things to. Since the sidekick often doesn't have the hero's mental faculties he/she often has to explain what's going on to his/her slower, less observant, partner/helper.

Sidekicks are usually younger than the hero


This came as a surprise but it makes sense.


Because we expect an older character to have more experience, a sidekick older than the main hero is a rare thing. (Older Sidekick)

A sidekick is, in some ways, like an apprentice, they are being taught by the hero, and we naturally think of a student as being younger than their teacher.

To read more about sidekicks, foils, evil minions and heroes, head on over to tvtropes.org/sidekick.


Question: Have you used a sidekick in one of your stories?

- Writing Trilogies & Keeping Track Of Characters
- Help Raise Money For David Farland's Injured Son, Ben Wolverton, On Wed April 10
- When Should You Send Your Short Story Out For Critique?