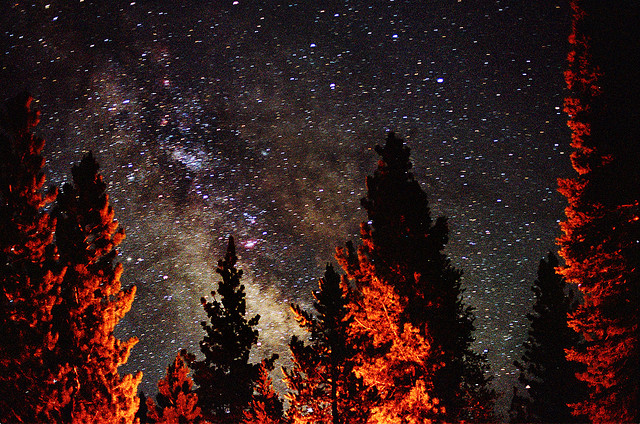 Because of the success of Wool, Hugh Howey has become a household name. Every self-published author has been inspired by his rocket ride to writing and publishing fame.

So when Hugh Howey gives advice to writers, especially writers interested in self publishing, my ears perk up. Below is my summary of what he had to say, but I'd encourage you to read his article in full: My Advice to Aspiring Authors.


Hugh Howey advises writers: Don't write to become rich and famous, write because you love it.


And so my advice is geared toward helping authors get to the end of their manuscript, polish it to perfection, and then gain the widest readership possible. This is the best you can hope for. I think it’s possible for every writer who gives it their all.


To begin with, you need to write. This seems axiomatic because it is. The only way to amass a pile of words into a book is to shovel some every single day. No days off. You have to form this habit; without it you are screwed.

If you haven't already formed the habit of writing every day don't panic. Hugh Howey gives two tips on how to begin:

a. Spend quality time with your monitor


Even if you don't write, even if you're blocked, get used to sitting in front of your monitor for however long you've set for yourself to write. If you want to write for an hour a day, then sit there, staring at the monitor for an hour. NO social media. NO email.

Eventually either the boredom will force you to type something, anything, or you'll stop trying.


Get comfortable staring at a blank screen and not writing. This is a skill. If you can not write and avoid filling that time with distractions, you’ll get to the point where you start writing. Open your manuscript and just be with it.


I always knew I liked Hugh Howey, both as a fine writer and a decent, likable, guy but when I read the following he went to a whole new level of cool. I do this too! Of course it takes a lot more than writing rough to be a success but, hey, I'll take my joy where I can get it. ;)


Stop caring about spelling and sentence fragments and plot holes and grammar. Get the story down. Listen to the dialog and try to keep up with your fingers. Get to the end of your manuscript and THEN worry about the quality. If you can master the art of powering through to the end of your story, you are on your way.


2.  Self-publishing is a marathon, not a sprint


Write 10 books and don't promote them. Instead, spend your time writing more books. (This is going to sound very familiar to folks who read Dean Wesley Smith's blog! By the way, Dean's blog is great, I highly recommend it.)


My father ... wondered why I wasn’t spending all of my time promoting that first book. I told him I had my entire life to promote my works. I only had now to write. I stuck to that principle for years, writing and publishing several novels or short stories a year. I wrote a variety of genres and with a slew of styles and voices. 1st person, 3rd person, fiction, horror, sci-fi, novelettes, short stories. I also read a wide variety of works, but hardly ever in my genres. I read literary fiction and history, non-fiction and science. I try to read the newspaper every day.

My father now agrees with this approach and sees the value of having a dozen titles available. This is going to sound strange, but you are MUCH better off with your 10th work exploding than your 1st work. You’ll never have quiet time to crank out quality material ever again. And when your backlist matches the growth of your first breakout, you’ll do very well for yourself. Be patient. It’s been said by many others, but I’ll repeat it here: self-publishing is a marathon.


3. Self publish at the beginning of your writing career


Hugh Howey advises new authors to avoid the traditional route to publication at the beginning of their careers. He writes: "every author should begin their writing career self-publishing, even if their dream is to be with a large publisher".

a. Your manuscript won't change


Your manuscript won't drop in quality just because you decided to publish your story yourself. It's the same book whether you publish it or whether Penguin does.


Querying an agent won’t make your manuscript better. Self-publishing won’t make it worse. It’s either a story that appeals to readers or it isn’t.


b. In self-publishing readers, not editors, not agents, are your gatekeepers

Think about it. Think about the popularity of Twilight, The Da Vinci Code, the 50 Shades trilogy. Those aren't read, enjoyed and loved for the prose but for the story. Hugh Howey writes:


Appealing to readers is the endgame. They want story over prose, so concentrate on that (aim for both, but concentrate on story). Agents and slush-pile readers are often the opposite, which is why they bemoan the absence of literary fiction hits and cringe at the sale of Twilight, Dan Brown, and 50 Shades. You are writing for the reader, who is your ultimate gatekeeper. Get your work in front of them, even if it’s one at a time, one reader a month or year.


If you self publish then your book will be available to readers for (potentially) forever. A traditionally published print book has, at most, a few months in the bookstores and then its time in the sun is over. It's gone. Unavailable. Remaindered.


Working at a bookstore was a dream job but also a sad job. I saw how books sat spine-out on a shelf for six months, were returned, went out of print. That’s a narrow window in which to be discovered. If you self-publish, you will have the rest of your life (and your heirs’ lives) to make it.


The chances of a book blowing up like Wool are slim whether you self-publish or are published traditionally.

But IF you get lucky--and it happens--which would you rather make: 70% royalties or 12.5% royalties?


If you blow up, do you want to own your rights or have someone else own them? Do you want to be making 12.5% or 70%? Remember, the chances are that you’ll never have a mega-hit. Traditional publishing will not increase those odds. With the 6-month window, I’d say the odds are 1/100th what your work might do in 50 years self-published.


e. Whichever way you go--traditional or indie--you are the publicist


Traditional publishing expects an author to have their own platform. Hugh Howey writes that he'd be shocked to learn that someone got a publishing deal "without already having a robust one":


Houses have too many authors to promote all of them. They choose a select handful based on the excitement around a debut manuscript (rare) or the perennial bestsellers (more likely, but still rare). If you want to earn a living as a writer, which I’m assuming the people asking for my advice are, you are going to have to be more than a writer. You will be an entrepreneur and a publicist.


f. Hugh Howey is not the story


Hugh Howey is an outlier. He doesn't think we should pay attention to wild success stories like his own. Instead, we should look at how many thousands and thousands of writers are making $1,000 a month over at Amazon.


Being professional means studying grammar as well as reading critically and not just for enjoyment.

There's a saying, "It takes a village to raise a child," well, arguably, it takes a village to make a writer. We need to rub elbows with like-minded professionals, whether those elbows are real or virtual. Hugh Howey recommends becoming active over at places like Kindle Boards Writers Cafe.

Hugh Howey has a lot more to say about publishing, and it's all great stuff. I encourage you to read his article in full, here's the link again: My Advice To Aspiring Authors.

I'll leave you with these closing thoughts:


The key to making it as a writer is to write a lot, write great stories, publish them yourself, spend more time writing, study the industry, act like a pro, network, be nice, invest in yourself and your craft, and be patient. If you can do all of these things, you’ll earn some money.

Have you published any of your work? What do you think of Hugh Howey's advice? Did anything in particular stand out for you?

- 7 Secrets To Writing A Story Your Readers Won't Be Able To Put Down
- Review Of Grammarly, Its Strength And Weaknesses
- Joe Konrath Makes $15k A Week Selling His Backlist