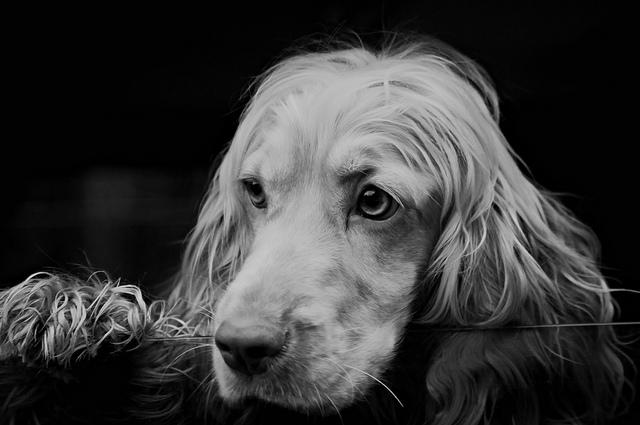 
Chuck Wendig has written some fine posts on the art and craft of writing, but his latest is my all-time favorite. What he says makes sense and it's doable.

I know my title promised 7 secrets, but there's really only ONE secret and seven ways of implementing it. Ready? Here's the secret:

I probably gave that up too quickly. (sigh)

Chuck writes that the "power of withholding is key to telling a good story" and goes on to list 7 ways you can withhold from your readers:


You want your readers to do some work. This isn't a lecture, it's a collaboration. What CW says here reminded me of one of Robert Sawyer's talks. This is from my notes:


Prose fiction is a form of interactive media. Lectures are boring, books shouldn't be. Make your stories interactive.

What is our goal? Why do we write? We want to ENTERTAIN readers. You want to engage your reader, you want to bring their cognitive functions to the story. (Robert J. Sawyer: Showing Not Telling)

In other words, your readers don't have to know every single last detail about what a protagonist is wearing, they only need to know the telling ones, the ones that show character.

And if you can convey the information by your character(s) doing something active, so much the better.


We don't need to know what everything in a scene looks like down to the minutest detail. When I read this point I thought of something Stephen King said in On Writing:


Look--here's a table covered with a red cloth. On it is a cage the size of a small fish aquarium. In the cage is a white rabbit with a pink nose and pink-rimmed eyes. In its front paws is a carrot-stub upon which it is contentedly munching. On its back, clearly marked in blue ink, is the numeral 8.

Do we see the same thing? We'd have to get together and compare notes to make absolutely sure, but I think we do. ...

[The cage] is described in terms of rough comparison, which is useful only if you and I see the world and measure the things in it with similar eyes. It's easy to become careless when making rough comparisons, but the alternative is a prissy attention to detail that takes all the fun out of writing. What am I going to say, "on the table is a cage three feet, six inches in length, two feet in width, and fourteen inches high"? That's not prose, that's an instruction manual.

So, you heard it from the King of Horror as well: Don't get hung up on a "prissy attention to detail that takes all the fun out of writing" and, I would add, reading.

Don't overwhelm the reader. They don't need every single detail to receive get a clear picture.


Don't just withhold aspects of character, hint at them. Hint at possible cruelty, or a priveledged past, or uncharacteristic depths of generosity. Or pain. Or malevolence.


A character with unrevealed secrets or stories interests us: we’re the kids at Christmas morning tearing through a pile of presents hoping to get to the big reveal at the end (a new bike! a BB gun! a Barbie dream home! a Turkish scimitar with which to behead thine enemies!).


By withholding information you create mystery.


Every question mark is a door that the reader wants desperately to walk through — and will do so almost to the point of compulsion, and compulsion is what we want, the compulsion to pick up the book again and again, the audience hungering to get back to the pages of the tale or to read the next issue or see the next episode. Litter your tale with unexplained mysteries big and small. The question will drive them: what does that strange tattoo on the woman’s back mean? Why did the wife kill the husband? Who is the one-eyed man? Who put the bomp in the bop-she-bop?


4. Withhold The Culmination Of A Relationship


Hold off on the big reveal, on letting the reader know if the narrator is going to die at the end of the story (Twilight), or whether one character will finally have their long fought-for revenge, or whether two characters will reconcile.  CW writes:


I'm in the middle of plotting a novel and one thing I keep in mind is that things must keep getting more complicated, more dire, for my protagonist.

At the beginning of the story she's presented with a problem, a challenge, and she survives it--kinda, sorta--but her life after that takes a nose dive as the problems keep coming and escalate.

In the beginning she's only worried about saving her own life but, by the end, the lives of everyone she's ever cared about hang in the balance. CW writes:


When complicating the goals of the protagonist, withholding victory and denying her success or an escape or an answering to her own questions is key — the audience is bound up with the protagonist and they want to see her safe and happy and vanquish darkness and find love and learn the truth. But by continuing to dangle the carrot, we see the protagonist urge forward through the story and we see the audience trailing along with her.


This goes both ways. Above, in point 3, we talked about withholding information from your characters, information the reader knows, and how that creates mystery.

But it works the other way as well. We can also let readers know more about something than one of our characters. CW writes:


7. Withhold What The Audience Wants


You've probably heard the saying, "Give the reader what they want." This is the exact opposite. You want to build-up interest, tension, curiosity. You want to hook your readers and you do that by making them want more. As Chuck Wendig writes,


It’s about build-up. And tension. And hesitation. And uncertainty. And fear. And lust. It’s about a trail of moist little morsels pulling them deeper and deeper into the tangled wood. It’s equal parts baited trap and Stockholm Syndrome. It’s about not giving up what the audience desires most and at the same time making them thank you for the privilege of being denied.

At the climax of your book, that's when the veil is torn down and your readers' curiosity is quenched. AT least, mostly. If you're writing a series, you'll want to leave just a bit of the mystery in place.

What do you think of Chuck Wendig's tips? Do you use the secrets of withholding to increase tension and create a riveting story, one a reader can't put down?

- Review Of Grammarly, Its Strength And Weaknesses
- Joe Konrath Makes $15k A Week Selling His Backlist
- How To Be A More Productive Writer: Use A Voice Recorder