The Trouble With Adverbs 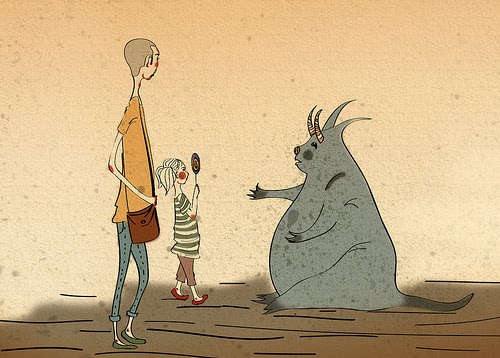 I believe the road to hell is paved with adverbs ....
- Stephen King, On Writing

Why do many writers hate adverbs?

When I first read Stephen King's On Writing I confess I thought his stance toward adverbs a tad harsh. How could a part of speech be categorically condemned? As Jeff Chapman writes:


Adverbs shade the meaning of the words they modify. They are grammatical and an accepted part of speech. I've seen them used by well-respected writers. So, what's behind the injunctions against adverbs? (Why No Adverbs?)

As I investigated the roots of the prejudice against the adverb (I was tempted to write "the lowly adverb" but restrained myself) I came to agree with the admonition to eschew the use of adverbs, or at least to try. This blog post is my attempt at a partial explanation of why we should treat the adverb with caution.

Much of what follows has been drawn from Charlie Jane Anders' article, Seriously, What's So Bad About Adverbs?


Adverbs are redundant when paired with strong verbs. For example: "clenched his teeth tightly"; "moped sadly"; "screamed loudly"; "whispered quietly." In each case, the adverb adds no additional meaning to the verb. There is no other way to mope than with sadness and when someone whispers, they are being quiet.

But what about something like, "He yelled angrily"? It doesn't feel right, but the notion of being angry isn't directly implied by yelling.

For instance, you might yell to tell someone they're in trouble ("Look out! A bus!") or because you're in a nightclub ("I said, 'What would you like to drink?'"). In these cases, though, one shouldn't have to use an adverb because the context should make it clear whether the person yelling was angry.


The idea being that the weak verb should be replaced by a strong verb rather than propped up by an adverb.

Before I get into this I feel I should say a few words about what is a strong, as opposed to a weak, verb. I looked this up and, apparently, strong verbs are irregular verbs and weak verbs are ... well, here's a quote:


A weak verb (or regular verb) is one that forms its past participle and past form by adding "-ed" or "-t". (Weak Verbs)


Look at the most famous adverb in science-fiction history: Captain Kirk's "To boldly go where no man has gone before." What do you notice? Okay, yes, it's a split infinitive. But look past that. The verb is "go," which doesn't really tell us much in itself.

What would happen if you took the adverb out of that sentence? You get: "To go where no man has gone before." Which sounds bland, and a little apologetic. ("Hey, we're, uh, going, ummm, somewhere that we haven't gone before." "Oh. Are we there yet?" "No.")

From that, you might conclude that the adverb is necessary. But actually, it's more that the verb is weak. "Go" just doesn't give us much, and it definitely doesn't have the swashbuckling feeling Captain Kirk's ringing voiceover demands. So the best bet is to replace it with a stronger verb, like "venture," or "explore." Or how about: "To walk where no man has walked before"? It's evocative and calls to mind men walking on the Moon. (Seriously, What's So Bad About Adverbs?)

But, point taken. Most of the time weak verbs are insideous. They creep into one's prose and weaken it with clutter. Jeff Champman writes:


Adverbs are used to prop up weak verbs. A better solution is to replace those weak verb/adverb pairings with a stronger verb. For example: replace "frowning angrily" with scowling; "running quickly" with sprinting; "petting softly" with caressing; "moving slowly" with creeping. (Why No Adverbs?)

"Get out of my house!" she said angrily.

From the dialogue itself it's probably clear the speaker was angry. Yes, it could be that there was a fire spreading through her house and she wanted everyone to evacuate but the context should make the meaning clear.


4. The Adverb And Purple Prose


Charlie Jane Anders gives "He smiled thinly" and "He grinned wolfishly" as examples of adverbs aiding and abetting purple prose.

Of course she's right. Adverbs are likely present in a lot of prose that could be described as purple (that is, excessively ornate prose that does not further the story).

That said, it's interesting only one -ly adverb occurs in Edward Bulwer-Lytton's famous first sentence:


It was a dark and stormy night; the rain fell in torrents — except at occasional intervals, when it was checked by a violent gust of wind which swept up the streets (for it is in London that our scene lies), rattling along the housetops, and fiercely agitating the scanty flame of the lamps that struggled against the darkness. (Purple prose, Wikipedia)


But adverbs aren't necessarily all bad, and they can spruce up your writing if you use them judiciously. Here's a test you should apply before using an adverb.

1) Does it change the word it modifies? Does it make the verb or adjective mean something drastically different?

2) Does it convey some vital piece of information in a way that's better or more evocative than real description or a stronger verb by itself?

If the answer to either or both of these things is "Yes," then go ahead and use an adverb. There's nothing wrong with an adverb, if it conveys new information or provides a distinct slant on something.

Professor Quest has written a wonderful article The Betrayal of F. Scott Fitzgerald's Adverbs in which he talks about Fitzgerald's use of adverbs to, "create internal tensions or to emphasize points-of-view". He writes:


[In The Great Gatsby] People intrude deferentially; their eyes roam speculatively across empty ballrooms. At one point, Gatsby's house is lit like Coney Island at night, every door and window wide open. As Nick turns away, he speaks of the house "blazing gaudily on."


For example, "horribly fatal" doesn't tell us anything new. "Hilariously fatal" does. So does "moderately fatal." So does "arguably fatal." I will never quibble with anyone who wants to use phrases like "statistically significant number of maimings." An adverb can signal a certain tongue-in-cheekness by undermining or tweaking the adjective it goes with, like: "the savagely handsome first officer." Or "the obnoxiously sexy co-pilot."


So, should you ever use an adverb? They are permissible in a few cases. It's reasonable to employ them in dialogue. People use them when they talk. In other cases, an adverb is adequate to create a mental image and rewriting makes the prose wordy. Consider this example: "The man stood silently at the window" versus "The man stood at the window making no noise." The instance with the adverb is more concise. The rewrite is longer and draws unnecessary attention to the phrase "making no noise".

It is very easy to fall into the adverb traps. The good news is that they are easy to find. Search your manuscript for "ly" and consider each instance. You will be surprised how much richer your writing will be when you eradicate those adverbial weeds from your prose. Happy weeding.


None of this adverb hate applies to your first draft. When you write, ignore everyone except your own muse. On your first draft you're birthing a story so it's going to be messy. Use all the adverbs you want. You'll start cleaning things up on your second draft.

- 8 Tips For Finding The Motivation To Write
- Describing Character Reactions And Emotions: She Smiled, He Frowned
- Tags, Traits And Tells (Podcast)