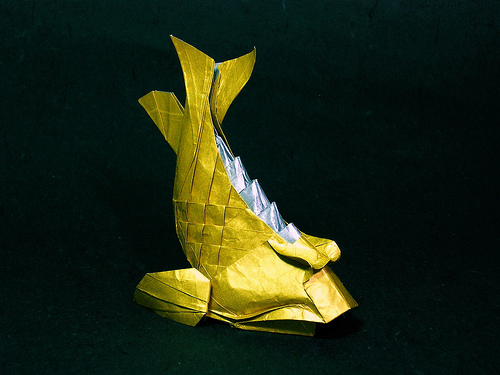 We've all heard the advice that to become a better writer we must first become better readers. I'd like to take this advice seriously.

I want to read and analyze more flash fiction so I can ... well, I think of it almost like pulling back the curtain on a magic trick. When I read a story I'm caught up and transported into the story world. Because of this I usually don't read critically, I'm happy to be whisked away and entertained.

This will be a challenge.

Here are some guidelines, some questions, I've come up to help me analyze narrative. I haven't made any attempt to provide a complete list of questions so if you see something missing please do let me know in the comments.


An Analysis of Narrative


- What is the setting?
- Is there a theme? If so, what is it?
- Is the story mainstream or genre/category? If the latter, which genre? Which sub-genre? (Wikipedia has a list of genres and sub-genres as well as a list of literary genres.)


- Describe the original world of the protagonist
- What was the inciting incident/call to adventure?
- Describe the new situation/special world.
- How is the protagonist tested?
- Is there a point of no return to mark the halfway point?
- How were the stakes raised in the second half of the story?
- What was the major setback (also sometimes called the 'dark night of the soul') toward the end of the story?
- Resolution. Was the main arc completed?


- When listing the facts of the story take note of who the information came from. You may find out later they were lying or, for whatever reason, it wasn't accurate.


These questions are intended to be suggestions only. Not every story has the same structure, nor should it. For myself, my goal is to simply pay closer attention to how the stories I read are constructed so I can continue to improve my own writing.

What questions do you ask when reading? What elements of story structure do you pay special attention to?

- The Trouble With Adverbs
- 8 Tips For Finding The Motivation To Write
- Describing Character Reactions And Emotions: She Smiled, He Frowned