The Starburst Method: What It Is And What It Can Do 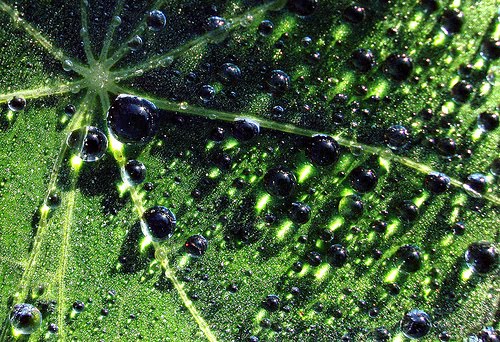 Have you ever wanted to write a story, and you had the beginning of an idea, but you didn't know who the antagonist was or what your protagonist wanted, what her goal was?

I've been in that place a few times and it's not fun. The good news is that the more one writes the easier it gets but that is small comfort in the beginning.


The Goal: A One Sentence Summary


I'm going to try something. I'm going to try writing a series of three or four articles, intended for the beginning writer, filled with exercises and pointers to help someone take the raw clay of his imagination and shape it until not only do you know what your story elements are, but you have written a five paragraph, then a one paragraph, then a one sentence summary of your piece.

At least, that's the plan! I hope you folks give me feedback and share your experiences with me along the way.

At the end of this process you won't know everything about the story incubating inside you (why did I just think of the movie Alien? ;), but you'll know the main things:


What We Need To Find Out:

9. What the states are/the cost of failure.

Numbers 2 and 6 must be such that if one goal is achieved the other cannot be. Either the antagonist gets their way and the protagonist loses big time or vice versa.


We've each developed our own way of writing. For every 10 writers there are 11 methods! No one method is better than any other since the ultimate test is whether a method works for you. Does it help you write? Does it improve either the quality or speed of your work? If so, great!

This method might suit you, and it might not, but if you don't try it out you'll never know.


The Basic Idea: The One Sentence Description


Here's the basic goal: You will work from an initial concept to produce a one sentence description that communicates who the protagonist is, what she wants, as well as the central conflict of your story.


There are a number of reasons why you would want to refine and condense your idea until it can be expressed in one eloquent sentence.

1. Keeps you on track


It's easy to start off writing one story and end up writing a completely different one. Many, many, years ago I started off with a female protagonist who had psychic powers and ended up in the wild west with a male protagonist named Bronco Bill. Yes, that's extreme, but it's easy to wander off topic.

Here's a less extreme example: if you don't know where you want to go, what your story is about, you may waste your valuable time creating scenes that don't push the story forward.

Of course an outline helps (see: Mary Robinette Kowal and The Mysteries of Outlining) but condensing your idea down to a one-liner will encourage you to figure out the main themes of your story now--before you spend 200 pages writing a gritty urban fantasy only to discover the romance between your protagonist and her handsome helper is the real story you want to tell.

Trust me, rewrites aren't fun. The fewer you have to do the better.

2. Helps you write your pitch


Traditional Publishing
If you plan to submit your story to a traditional publisher you'll need to write a query letter and as part of that letter you'll have to tell the editor/agent/publisher what your story is about in approximately 300 words or less.

That's not easy. I know writers who think writing a query letter is more difficult than a novel! But when you know the core elements of your story your pitch will be much easier to write.

Don't worry if at the moment you don't have a clear idea of the elements of your story. We'll talk about that more in the next part of this series.

Independent Publishing
By the way, crafting a summary of your story is useful even for independent writers because you will need to create a blurb for your book as well as a description for the various online stores your book will be sold in. I find it helps to have a one sentence summary or tag line (also known as a one-liner), a two sentence summary, a summary about a paragraph long, and a longer summary of about five paragraphs suitable for posting in an online bookstore.


One question everyone is going to ask you the moment after they hear you're writing a story is: What's your story about?

The first time I was asked this I was completely unprepared and had the deer-in-the-headlights response: my eyes swallowed my face and I promptly forgot my name, let alone what my story was about. I think I stammered something like, "Well, it's about a girl."

Nice. Great description. Not. I'm sure the person walked away shaking their head thinking: She's a writer?

So, have your one sentence description memorized and rather than leave friends and family with the vague dread that they'll be asked to read the literary equivalent of nails on a chalkboard, be kind. Let them be proud of you and wow them with a snappy, concise, description.


Ready to start? Great! Tomorrow we'll begin taking our relatively formless idea and molding it until it has the form of a story.

Update: Here is a link to the next installment in the series: The Starburst Method: Discovering Your Characters.

If you want to follow along with these posts and you don't already have an idea for a story, here are a couple of writing prompts that might help you get started:

What is your idea for a story? How do you generate ideas?

- The Magic Of Stephen King: An Analysis Of The Opening Paragraphs Of The Dead Zone
- Scene Goals: What Do Your Characters Want, Why Do They Want It, How Do They Get it?
- How To Sell Books Without Using Amazon KDP Select