The Starburst Method: Summarizing Your Story In One Sentence 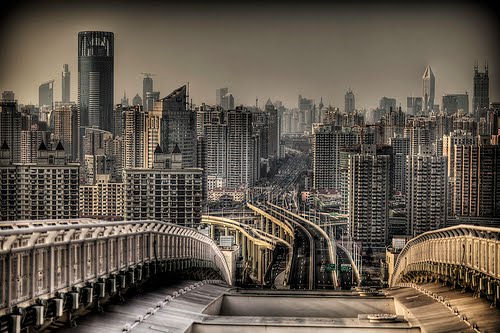 This is the final chapter in The Starburst Method. It has been quite a journey!

Our goal has been to work from an initial concept to produce a one sentence description that communicates who the protagonist is, what she wants, as well as the central conflict of the story.

For some reason this has been the most difficult of all the posts to write, but the idea here is simple enough. We're going to take the five paragraphs we crafted over the last few days, take the ideas we developed, and use those ideas to craft one gloriously concise sentence that describes the essential concepts in our story. (For an earlier discussion of this see: The Structure Of Short Stories: The Elevator Pitch Version)

Last time, in The Starburst Method: The Hero's Journey, Part 3, I gave an example of the hero's journey using The Firm as an example. Here I'll extend that example and summarize it using one sentence.


A One Sentence Summary Of The Firm

Mitch McDeere is a smart, motivated, young lawyer living in Boston. But when he gets a job with a group of crooked lawyers, Mitch must thread his way between the dual threats of the FBI and the mob in order to preserve both his life and his law degree.

Here's how I came by this (by the way, this is all thanks to Nathan Bransford):

Let's look at one more example, this time using The Matrix.


A One Sentence Summary Of The Matrix

2. Description of protagonist:
Office worker by day, hacker by night

3. Setting:
The Matrix, which appears to be North America in the late 1990s. Neo senses some of this, he wants to know the truth, but has trouble believing.

4. Protagonist's goal:
To expose the Matrix and defeat the machines.

5. Antagonist's name:
The machines. The main minion of the machines: Agent Smith

6. Description of antagonist:
Agents are protectors/servants of the machines that built the matrix and enslaved the human race.

7: Antagonist's goal:
To protect the matrix.

Notice some of my answers are long and rambling, that's okay. We're still at the brainstorming stage. Now we take this information and plug it into our formula:


Neo is an office worker by day, hacker by night, who hates his job and is looking for something more: The Truth. When Trinity, an infamous hacker, introduces Neo to Morpheus and the truth of human existence Neo must decide whether to embrace the bitter pill of truth or go back to the comfortable reality created by the machines who ensnared humanity.

The way I've written this up The Matrix looks like a Character Story. At the beginning we have a character, Thomas Anderson, who is dissatisfied with his role in society and at the end our character, Neo, has found a new role: he is The One.

This Character Story is also, to a lesser degree, a Milieu Story as well as a love story. The other stories are either closed out first or at the same time as the Character Story.


Getting Our Description Down To One Sentence


Now let's be brutal and get our description down to one sentence. No rambling allowed!

What is the main element? Since this is a Character Story the main element is that the protagonist, Thomas Anderson, is dissatisfied with his role in society and, at the end, succeeds in changing it.

Since I don't want to give any spoilers--this is the description you'd give to anyone who asked what your book is about; telling them the ending wouldn't be friendly--I'm not going to talk about the ending.

I'm sure you could do better but here's what I came up with.

My one sentence summary of The Matrix:

When Thomas Anderson, an office worker by day and rebel by night, meets infamous hacker Trinity and learns the true nature of reality--the we are all trapped in an illusion--he wants to free himself and others, but can he defeat the machines?

If I thought this was a Milieu Story I would have summarized the movie this way:


When Thomas Anderson discovers the strange new world of the Matrix he learns humanity has been enslaved by intelligent machines and he is the only one who can save the world.

You know what? I like the second way better! Even though I don't think this is a Milieu Story, that's the version I'd tell folks. Besides, the goal is to craft a single sentence that describes the story and both of the above give one an idea of the main theme of the Matrix: The One--Neo--will save humanity from the machines and the prison they have created for us.

Want to try summarizing your work in progress? Please do! Why not share it in the comments.

- F. Scott Fitzgerald On The Price Of Being A Great Writer
- Using Public Domain Characters In Your Stories
- Link Mashup: The Million Follower Fallacy, Showing Not Telling, Goals Not Dreams