Revising Your Manuscript And Building Suspense: Making Your Character's Stakes Both Clear And High 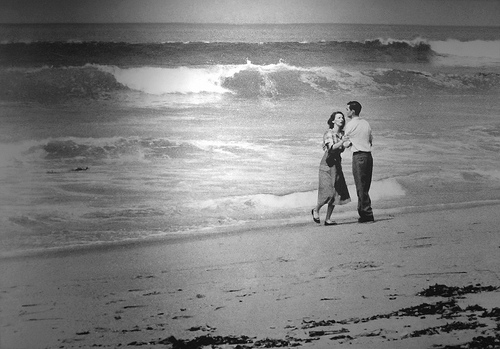 I love it when someone gives advice about writing that not only makes sense to me, but that makes me want to stop reading and write.

Often that someone is Steven Pressfield.


Stories Are Lame When The Stakes Are Low


Today SP wrote about stakes, about what your protagonist stands to lose if she doesn't achieve her goal. SP writes:

When I first came out to Tinseltown, I was struggling with a spec script. I just couldn’t make it interesting. I told my friend, the late director Ernie Pintoff. He said, “Have a body hit the floor.”

What he meant was raise the stakes.

Stories are lame when the stakes are low.


(By the way, all quotations from Steven Pressfield have been taken from: Have A Body Hit The Floor.)


Make sure the stakes for each of your characters are clear. If they are even a little vague write a scene that makes the stakes clear.

Be concrete. How, exactly, would your character's life change if he didn't achieve his goal?


Do One Draft Just For Stakes


SP advises us to devote an entire draft to examining the stakes of our characters.


This is what I mean by devoting one draft to this topic only. Go over the entire story, asking yourself, “Are the stakes high and clear for all characters from start to finish?”

When the stakes are high and clear, the reader/audience’s emotions become involved.


SP focuses on upping the body count in one's story as a way of increasing the stakes. That works and has advantages. It's beautifully concrete and easy for the audience to understand. You don't have to explain why a character doesn't want to die! If they did, that would require explanation.

But there are stakes other than life or death. SP writes:


A final note about “life and death.” The stakes don’t have to be literally mortal. But they must feel like life and death to the specific character. If Faye Dunaway loses her daughter to John Huston’s incestuous depredations in Chinatown, she will not literally die. Her fate will be even worse.

Destruction of the soul. Those are the ultimate stakes.


Robert Wiersema talked about stakes at the Surrey International Writers' Conference in 2011. I try and practice this.


Stakes, consequences. You've created a situation with potentially tragic results. There will come a time when you will want to save your character, to protect them. Don't. Don't flinch.

This moment is terrifying. If we were decent people we would protect our characters. You want a happy ending, but you can't cheat to get it.

You've created characters with flaws and turned the monsters loose on them. You have to be brave and unflinching. You have to do horrible things to nice people.

You don't need to beat your reader over the head with gore and lots of ugly details. You can leave these implicit. Readers have great imaginations, they will fill in the details.

If you do it right then it will hurt. It hurts us to hurt our characters, it hurts us to manipulate the reader. One thing you must realize: we also manipulate ourselves. Ultimately, we do all this manipulation because we are building truth.

We must have courage and strength and you must realize that, yes, you are cruel but here's the real truth: truth hurts and it is crucial that you don't flinch. (SiWC 2011 Day One, Part Two: Don't Flinch: Robert Wiersema)


This is going to be my assignment for the day, to think about my work in progress and, for each scene, as well as every character in that scene, ask:

a) What is this character's goal?

b) What are the stakes?

- What will happen to this character if she doesn't achieve her goal? What will happen if she does?
- Are the stakes obvious? Make it obvious how achieving her goal, or not, will affect your character's life. What does she have to lose? What does she have to gain?
- Are the stakes concrete? "My character will lose faith in mankind" is not concrete. "My character will be shot to death by Johnny" is.

c) Are the stakes high enough?

- Death and loss of soul, loss of self, that's about as extreme as it gets. Depending on the kind of story you're telling, I don't think the states are going to be this stark, this extreme, for all your characters in every scene. And there are other kinds of loss. Loss of friends, loss of one's position in society, loss of independence, loss of faith.

What is the worst thing you've ever done to a character? Was it worth it? Would you do it again?

- The Starburst Method: Summarizing Your Story In One Sentence
- F. Scott Fitzgerald On The Price Of Being A Great Writer
- Using Public Domain Characters In Your Stories

Photo credit: "Tragedy by the Sea" by cliff1066™ under Creative Commons Attribution 2.0.

This is the description of the photograph (see above) Tragedy by the Sea:

Down by the water, Gaunt finds a distraught young couple by the shoreline. Moments before, their 19-month-old son was playing happily in their yard. Somehow, he wandered down to the beach. He was swept away by the fierce tide.

The little boy is gone. There is nothing anyone can do. Gaunt, who has a daughter about the same age, takes four quick photographs of the grieving couple. "As I made the last exposure, they turned and walked away" he says. The little boys body is later recovered from the surf.