The Magic Of Stephen King: How To Write Compelling Characters & Great Openings 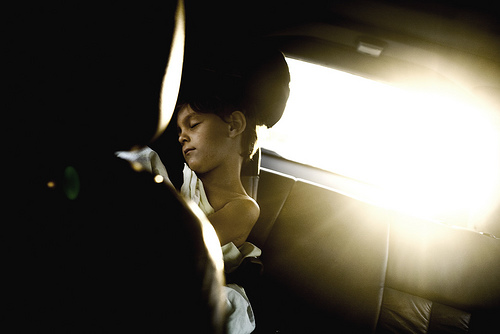 How To Grab Your Reader In The First Few Paragraphs


I've been reading Stephen King's work since I was 17. Before King, I'd never read a horror story. Back then I had a reading buddy. We would read the same book and then get together for coffee and talk about it. She loved Stephen King's writing and I discovered I did too.

Every few months I pull out one of Stephen King's books, read the first page or so, and try to figure out how he did it. How, after only 3 or 4 paragraphs, he makes me care about his protagonist. She (or he) feels a bit like me, or at least someone I know and love.

It was a no-brainer that the article How To Start A Story The Stephen King Way would stand out like a burning candle in a dark room. It's a good article, but (for what it's worth!) here's my take: Stephen King grabs the reader early by saving the cat.

If you've never heard that expression let me explain.


Screenwriters have great terms for plot elements: hanging a lantern, a MacGuffin, and so on. My favorite is: Save the cat.

Blake Snyder explains it this way: In older movies there was a scene early on that was intended to get the audience to identify with the protagonist. In a few early movies this was accomplished by having the protagonist save a cat.


The title Save the Cat! is a term coined by Snyder and describes the scene where the audience meets the hero of a movie for the first time. The hero does something nice—e.g. saving a cat—that makes the audience like the hero and root for him. According to Snyder, it is a simple scene that helps the audience invest themselves in the character and the story, but is often lacking in many of today's movies.  (Blake Snyder, Wikipedia)

While movies no longer have save the cat scenes the term is a reminder that we should make our protagonists--if not exactly likable--easy to identify with.

That's what Stephen King is great at--well, one of the things--making his readers identify with his protagonists right from the first couple of paragraphs. It's as though King's mantra is: Grab them early and don't let go.

At this point I'd like to do two things. First I want to talk about, in general, how to get your readers to identify with your protagonist and then I want to look at three of Stephen King's books and examine how he did it, how he implemented the general pointers we just discussed.

By the way, I don't mean to suggest that Mr. King did any of this consciously, that he had these five points before him and said, "Hmm, I'm going to have to create some character identification." My guess is that he has, like all great storytellers, internalized these elements.


How To Build/Create Character Identification


This is from the video Michael Hauge did with Christopher Vogler, The Hero's 2 Journeys, a few years ago. I've taken these points from a previous article I wrote on this topic (See: How To Get Your Readers To Identify With Your Main Character).

Michael holds that there are 5 ways to create an identification between your audience and your protagonist:


- Your character is in love. When I see two people walking down the sidewalk with silly grins on their faces holding hands, I can't help but smile.


- We like to be around people who make us laugh. We're drawn to them.


How do you do this? For pointers, watch any movie Tom Hanks as been in.
- Show that the character is liked by other characters in the story.
- Show what a great guy or gal your character is. If he has a lot of money then he shares his home, and his gadgets, with his friends, he helps his friends get better jobs, perhaps he helps someone down on their luck send their child to college. Perhaps he helps someone he doesn't particularly care for, and he does it anonymously, because he doesn't want that person's child to go without.

4. Put your character in jeopardy


Your character could lose something of immense importance to them. Perhaps it is their child, their job, their family's farm. They are vulnerable.

A character I think of here is Butch Coolidge (played by Bruce Willis) from Pulp Fiction. What is the one thing he refused to be without? His father's watch. That told me lot about Butch and made me root for him.


Your character is very good at whatever it is he does for a living. Perhaps they're a great car salesman, or a superhero, or the top master vampire. They have knowledge and strength and they know how to use both.

The secret of character identification


Michael Hauge maintains that in order to get your audience to identify with your character you have to use at least two of the above.


Okay, now let's look at how the master of horror gets his readers to identify with his characters.


This book scared the pants off me when I was a teen. It turned visiting the loo in the middle of the night into a spine-tingling, heart pounding, adventure. My body felt like it was on a car slowly being pulled up the first hill of a roller coaster. I inched toward the top ready for the gut-twisting rush to the bottom.

How'd he do it? That book hooked me from the first couple of paragraphs, so here they are:


The terror, which would not end for another twenty-eight years--if it ever did end--began, so far as I know or can tell, with a boat made from a sheet of newspaper floating down a gutter swollen with rain.

The boat bobbed, listed, righted itself again, dived bravely through treacherous whirlpools, and continued on its way down Witcham Street toward the traffic light which marked the intersection of Witcham and Jackson. The three vertical lenses on all sides of the traffic light were dark this afternoon in the fall of 1957, and the houses were all dark, too. There had been steady rain for a week now, and two days ago the winds had come as well. Most sections of Derry had lost heir power then, and it was not back on yet.

A small boy in a yellow slicker and red galoshes ran cheerfully along beside the newspaper boat.

Here's my take on how Stephen King did it. Yours may differ and that's great. Please let me know what you think in the comments. :)


King's character is in jeopardy

King opens by talking about the terror. A nameless, faceless terror that begins with a newspaper boat floating down a gutter overflowing with rain water, a boat tended by a small boy who runs cheerfully beside the boat. The description of him in a "yellow slicker and red galoshes" makes him (to me at least) seem adorable.

Young, small, adorable. Something to be protected. And this is where the terror began. A cute, vulnerable, child in grave danger. That's interesting. That's a character I can quickly identify with.

The two go together: having a likable character in jeopardy. We don't want this adorable child to come to harm as he splashes along in the rain beside his toy. But we know there's a nameless terror and this is the start of a horror story.

That book--It--sucked me in and wouldn't let me go for a whole week! Because of it I've spent many nights sleeping with the the light on.

I also wanted to talk about The Dead Zone and Misery, but it looks like I've run out of space! (I'm trying to keep each of my posts under 1,000 words.) In case you'd like to do this on your own I've included links to both books.

Read the first two or three paragraphs and see which of Michael Hague's 5 ways Stephen King uses to get the reader to identify with his character. (Again, I don't mean to suggest Stephen King is doing this consciously.)

- Should A Writer Let Her Reader's Expectations Influence Her Artistic Judgement?
- Writing in 2013: Bend don't break
- Merry Christmas! Giving Your Stories As Gifts