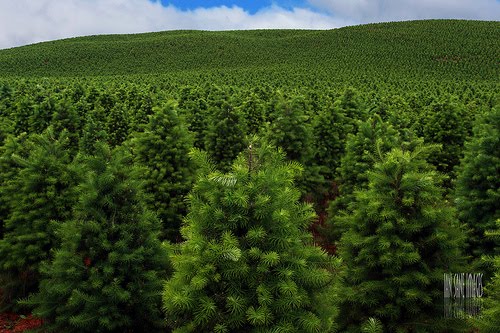 I love Edward Robertson's blog, Failure Ahoy!, and I recommend it to anyone thinking about publishing their work. Ed is also a wonderful writer, I love his prose.

I first read Ed's blog because of his posts about Amazon KDP Select. The truly great thing about his articles is that Ed shares his experiences in book publishing, including his sales numbers, both good and not so good.

Today I'd like to talk about Ed's latest post, I'm New to Indie Publishing, Part 5: The Long Term, and discuss the various publishing strategies he mentions.


a. You have an established series that isn't selling as well as you'd hoped


Let's say you've written and published 3 books in an urban fantasy series. None of these books are enrolled in select.


Let's say you're preparing to publish the 4th book in your series. By enrolling your new book in Select you would be guaranteed that a lot of folks would see your book, including some folks who wouldn't have otherwise tried it. Also, you'd probably increase the number of people who visited your website or blog as well as the number of people subscribed to your mailing list. (That's a rough paraphrase of one of Ed's points.)

When I read this my first thought was that if a writer already had a huge fan base that Select wouldn't be of interest. Ed has something especially interesting to say about this objection (see point b, below).

I'd like to sound a cautionary note about putting your book in front of readers who wouldn't normally read it. Of course this can be great. What writer doesn't want more readers? That said, some writers believe that's where most of their one star reviews come from, folks who don't like the book just because, say, they don't like that genre but they read the book because it was free.

Another thing. Some folks think that if something is free then it's worthless. Just the other day a commenter wrote that they'd never read a good book that was free. I suppose one could have had several bad experiences in a row and given up but I've seen plenty of great books that were free, or nearly so. For instance, the publisher of one of my favorite authors, Kim Harrison, offered several of her books for 99 cents.

Okay, enough about Case One. I do agree with Ed that this is an instance where someone with an established series should at least consider releasing their new book with Select. They may decide it's not for them, it just depends on their circumstances.


You've got one book in your series that is under-preforming. One way to boost sales is to enter just this book in select to get a few more eyes on it.


You move all 3 of the books in your series into Select. Now you'll be able to offer one of them free every month. Of course you'd have to be careful to make each book entertaining as a stand-alone, but if you want a lot more eyes on your work this would do it.

b. You have an established series that is selling like gangbusters


In the previous case we looked at a series of books that wasn't selling well, or at least not as well as the writer/publisher wanted. Now let's look at a series that's selling quite well. Ed uses Hugh Howey as an example.

I need to think more about this suggestion before I have an opinion so I'll let Ed explain it in his own words:


I'll put it another way. Let's say Librios, the god of books, strolls down from book-heaven and presents you with a choice. He can make you a bestseller at Kobo, but you have to remove your book from the iBookstore. Mwa ha ha ha! Would you do it?

Unless you're already a bestseller at both places, of course you would. The argument for publishing to every possible outlet is that you never know where a book might take off, so you should buy as many lotto tickets as possible to up your chances of breaking out.

But if you're doing that great with Select and its borrows, you have already won the lotto.

Let me say again that Ed's post is great, terrific, and I agree with most of what he says. I would like to mention, though, that there is another argument for publishing in every possible outlet, one other than that one never knows where a book is going to take off. (Though I am not saying anything against that point of view.)

Let's say I've published one book. I've published it everywhere I can. Let's say that means it's available in 10 different electronic bookstores. I only need to sell 10 copies of my book at each bookstore to sell 100 books a month. 10 copies of a book a month isn't a lot. Now think of it selling 10 copies a month at 20 different bookstores. You get the idea. All the little sales add up. If you sell your book in enough bookstores even if you only sell 10 a month, you'll be selling hundreds of copies a month when you add up all the sales.

At least, that's one argument. There's a lack of data on how often that happens.

Ed has a lot to say about the advantages that the Kindle Owners' Lending Library (KOLL) can provide a writer and it's well worth the read. I know I'm going to be thinking about what he has to say for a long time to come.

Tomorrow I'll look at the second half of Edward Robinson's article and look at strategies for selling books without Amazon KDP Select.

Update: Click here for the second half: How To Sell Books Without Using Amazon KDP Select.

Have you ever used Amazon Select? What was your experience like? Would you recommend it?

- The Magic Of Stephen King: How To Write Compelling Characters & Great Openings
- Should A Writer Let Her Reader's Expectations Influence Her Artistic Judgement?
- Writing in 2013: Bend don't break