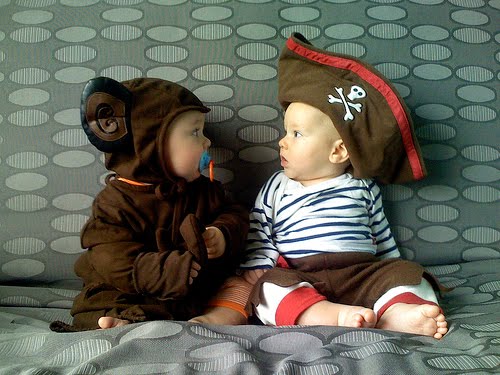 Who is the most important character in your story? Your protagonist, right? Wrong! It's the antagonist. Or at least that's what Jim Butcher says. He writes:


One of the most critical skills an aspiring writer needs is the ability to build a solid villain. Even the greatest protagonist in the world cannot truly shine without an equally well-rendered opposition. The converse of that statement isn’t true, though—if your protagonist is a little shaky but your villain absolutely shines, you can still tell a very successful story. (How To Build a Villain, Jim Butcher)


1. Spend As Much Time Developing Your Antagonist As You Do Your Protagonist


Your antagonist needs goals and obstacles, hopes and fears, just like your protagonist. As Jim Butcher says, arguably, having a strong antagonist is more important than a strong protagonist. (See: Ten Tips for a Terrific Antagonist)


2.  Antagonist and Protagonist Have Conflicting Goals


If the antagonist gets their way the protagonist doesn't and vice versa. For instance, in Lord of the Rings, if Sauron gets the One Ring then Frodo has failed to destroy it in the fires of Mt. Doom.


3. Antagonist and Protagonist Have Conflicting Characteristics

It's interesting that in Harry Potter and the Philosopher's Stone many of Severus Snape's (also played by Alan Rickman) characteristics were the opposite of Harry's and this was partly why it was so easy to think he was the one out to get Harry.


4. The Antagonist Drives The Conflict


Without the antagonist's dastardly plans, the hero would have nothing to do.

For instance, before Changes begins Harry Dresden's having a grand old time. This peacefulness is shattered when his ex-girlfriend calls and tells him (surprise!) he has a daughter and that she's been kidnapped by Red Court vampires.

If the Red Court hadn't taken Harry's daughter he'd have had time for an afternoon nap and a leisurely dinner at McAnally's. But that wouldn't have been terribly exciting.


5. Outline Your Book From The Antagonist's Point Of View


As Donald Maass suggests in Writing the Breakout Novel Workbook, outline your book from the antagonist’s point of view. Not every scene, but give him an outline with steps throughout the story so you clearly see the path he will take through your book. Whether you do it at the beginning, middle, or end of writing your book, this is a wonderful way to strengthen conflict in your story.  (Ten Tips for a Terrific Antagonist)

6. The Antagonist Is The Hero Of Their Own Story


Many antagonists think they're the good guy. Like Col. Jessep in A Few Good Men, the antagonist does terrible things to protect the group. He is the necessary evil doing what needs to be done for the greater good.

Hans Gruber in Die Hard was motivated solely by the bottom line. He wanted money, lots of it, and didn't give a fig who he had to kill to get it. Different strokes. But I bet in Gruber's own mind having a lot of money made him a success and, at least in that minimal respect, we could relate to him.

I think what matters is that the antagonist is as fully fleshed out a character as your protagonist. That means giving her goals, motivations, fears, likes, dislikes, phobias, and so on. She has to have both strong points and faults, likable qualities and detestable ones.

Once your antagonist has fears and hopes and weaknesses it's hard to see them as pure evil. But that's good because it's much more interesting.


7. Don't Make Your Antagonist Too Powerful


If they are too powerful it's difficult to relate to them. Give your antagonist at least one weakness.


8. Don't Make Your Antagonist Too Weak


If they are too weak then there isn't enough conflict. We're not really worried for the protagonist. There's nothing to root for.


9. Have A Moment Of Connection With The Antagonist


Even if he's a complete jerk, find one point of connection, one point of contact, between your readers and the antagonist. Find the last surviving ember of his humanity. Fan that ember to life and show it to your audience.


[M]ake me connect with him: something he does, something he believes, should be something I would do, something I believe. Or connect me to his past — help me understand ... (25 Things You Should Know About Antagonists)


10. Give The Antagonist An Arc


Just as your protagonist changes through the course of your story, so should your antagonist. For instance, at the beginning the antagonist might be a careful planner, over-confident and jolly and at the end she is paranoid, reckless and vindictive. (Though I guess it's not paranoia if everyone is out to get you!)


11. Give Your Antagonist A Kick-The-Cat Moment


This point comes from Chuck Wendeg:


In Blake Snyder’s books, he speaks of giving the hero a “Save the Cat” moment — meaning, we get to rally behind the protagonist early on as we get to see just what he’s capable of because, y’know, he rescues the cat from the tree (metaphorically). Antagonists need the reverse: one requires a “Kick the Cat” moment (see also: “Detonate the Puppy,” “Machine Gun the Dolphin,” or “Force the Baby Seal to Watch a Marathon of the Real Houswives ...). We need to see just why the antagonist is the antagonist — show us an act that reveals for us the depths of his trouble-making, his hatred, his perversion of the ethical laws and social mores of man.


Let the antagonist win. Sometimes. He's going to lose at the end, and lose big, so give the guy a break and let him (or her) win every onece in a while. Besides, it'll keep your readers guessing and interested.


13. Make An Antagonist Your Readers Will Love To Hate


The goal of writing is to create stories that move your readers emotionally.

Your antagonist can help you with this, but it all depends on your readers truly hating him. And not just hating him, loving to hate him. If your readers don't despise your antagonist as the lowest form of pond muck then, chances are, they won't like your protagonist much either.


[T]he biggest and best test of an antagonist is that I want to a) love to hate them and/or b) hate to love them. Do either or both and it’s a major win. If you make me love them and I feel uncomfortable about that? You win. If you( make me despise them and I love despising them the way a dog loves to roll around in roadkill? You win again. I hate that I love Hans Gruber. I love that I hate every Nazi in every Indiana Jones movie. ... [M]ake me feel something. (25 Things You Should Know About Antagonists)

- Jim Butcher: How to Build a Villain
- Chuck Wendig: 25 Things You Should Know About Antagonists
- Kathy Steffen: Ten Tips for a Terrific Antagonist

Photo credit: "Who dressed YOU?" by juhansonin under Creative Commons Attribution 2.0.
Karen Woodward at 1:21:00 PM
Share