Great Authors Who Wrote Only One Novel 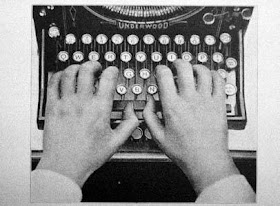 From Office Space For Rent:


Stephen King, Sue Grafton, and Dean Koontz have each written dozens of novels. They are successful, prolific authors whose works span decades. Other authors have been less productive but no less successful.


Oscar Wilde, The Picture of Dorian Gray: Wilde was a poet and playwright and like Salinger and Mitchell, published a number of collections, but only wrote a single novel. The Picture of Dorian Gray was criticized as immoral and was heavily censored. Wilde revised the book, and it eventually became a gothic classic. Wilde went back to poetry and plays and never undertook another novel.

Harper Lee, To Kill a Mockingbird: Published in 1960, To Kill a Mockingbird was an immediate bestseller. The critically acclaimed classic won Lee a Pulitzer and a Presidential Medal of Freedom, and its 1962 film adaptation won three Academy Awards. Lee never expected the novel to be successful and shied away from the attention she received. She started other novels, but, dissatisfied with them or unwilling to face more publicity, abandoned them.

Oscar Wilde and Harper Lee are just two of many who, while writing short stories, plays, etc., wrote only one novel. To read about the rest, click here: 8 Amazing Authors Who Only Wrote One Book.

An interesting read! Thanks to Eric for the link.