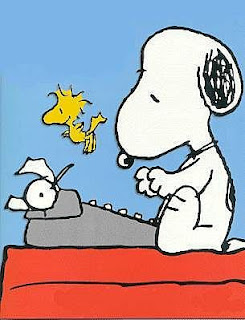 "Hey, it seems that actually refers to something about our domain name from 2012.. Way before we bought this domain name, that is not related to us in any way. We bought the domain a few months back. Somehow this ended up as a comment about our site on Facebook now."

I don't want to remove this post because I think history is important. However, (and I haven't researched the claim being made) I see no reason not to believe that the domain name has been sold. Please do keep this in mind when deciding whether to submit your work to Undead Press. And, please, ALWAYS read the terms of service of any publishing company before you submit your work to them.  Here is a link to the Terms and Conditions of Undead Press.

Imagine getting your work accepted for publication, waiting on pins and needles for your copy of the work to arrive, ripping open the package, and finding it had been substantially altered without your permission. Mandy DeGeit sent her short story to Undead Press, it was accepted, but on publication not only was her title misspelled but her story had been substantially altered. She writes:


Let’s see: They turned a non-gendered character into a boy, they named the best friend, they created a memory for the main character about animal abuse. They added a suggestion of rape at the end… I feel like they ruined the suspense in the story.
- When publishing goes wrong…Starring Undead Press

After bringing this to the publisher's attention (Anthony Giangregorio) this is what he had to say:


wow, i truly cant believe that e,mail. you go girl. this one one hell of a story about dealing with unstable writers
lets see.
on the contract, it clearly says publisher has the right to EDIT work. you signed it. are you saying you are a dishonest and immoral person and will now try to deny you signed the contract? well i have a copy right here and as for the story. the editor had a hard time with it, it was very rough and he did alot to make it readable. despite what you think, your writing has a long way to go before its worthy of being printed professionally. we did what we had to do to make the story printable. you should be thankful, not complaining. ah, the ungrateful writer, gotta love it the contract also says any disagreements you have about the contract must be filed legally in Massachusetts and when you lose, you must pay all court costs. so, we are done here. any more correspondences from you must be from your lawyer. i will then send any of those letters to my lawyer and they can hash it out as i dont waste my time arguing with writers over legalities. thats what lawyers are for. you are so funny. thanks for this email, it truly made my day.
- When publishing goes wrong…Starring Undead Press

I don't know where to begin, this reply lacks any sort of professionalism, any sort of respect for the writer. But that isn't the worst of it. This is from the folks over at Writer Beware:


Ms. DeGeit's bad experience with Mr. Giangregorio, unfortunately, doesn't seem to be an isolated incident. Similar complaints are appearing in her comments thread, and other writers have reported the same kinds of problems with Undead Press and other publishing ventures run by Giangregorio--who, among other exploits, has apparently published and sold several unauthorized sequels to George Romero's Dawn of the Dead.
- Editing Clauses in Publishing Contracts: How to Protect Yourself

PG, from The Passive Voice Blog, is a contract lawyer who specializes in contracts between writers and publishers. Here's what he has to say:


PG will add one more piece of general advice concerning all types of agreements: Don’t do deals with crooks or jerks.

Even with the best contract in the world, if the people on the other side of the agreement are crooks or jerks, you’re going to have a difficult time. On more than one occasion, PG has told a client something like, “With some work, I can probably get your contract whipped into shape, but this guy is still going to drive you crazy and figure out some way to steal from you.”

PG has read enough contracts so he sometimes picks up hints of jerkiness in the way the contracts are worded or assembled.

He can think of one contract from a romance publisher that included all sorts of short clauses about minor items he doesn’t usually see in publishing contracts. The net impression for PG was that the owner of the publisher was a control freak who was going to tell the author exactly how every little thing would be and expected no back talk. The answer to any question or objection by the author would be, “I’m the publisher and you’re not.”
- Editing Clauses in Publishing Contracts

I think that Kris Rusch's advice about reading a contract line by line is terrific. Keeping in mind, of course, that taking someone to court can be an expensive and time consuming ordeal even if you know the other party clearly broke the contract and you're sure to win.