Nathan Bransford On Self Publishing 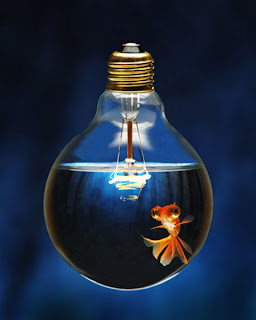 
There is no "us" vs. "them." Traditional vs. self-publishing is a false dichotomy. It's an illusion created by people who either have let their frustrations get the best of them or are trying to sell you something. We're all writers trying to figure out the best way to get our books to readers. We're all on the same team.

No, the traditional publishing industry is not a hive of retrograde monsters out to steal and eat your newborn children. No, self-publishing is not a gang of unwashed crap artists trying to poison the literary well forever.

Publishing is a spectrum of choice, from traditional publishers who pay you, will handle most things for you and assume all risk in exchange for certain rights to your book, to self-publishing where you handle everything yourself, pay your own way, and adopt your own risk. And there's a whole lot more choice in between those two poles.

What's the right way? There is no right way.

Read the rest of Mr. Bransford's post here: Traditional vs. Self-publishing is a False Dichotomy

In the past couple of months the flood gates have burst and record numbers of traditionally published writers have self-published their work. We're also seeing indie authors, even wildly successful indie authors, choosing NOT to go with one of the Big-6 publishers.

For instance, Hugh Howey, author of the runaway bestseller Wool, chose to continue to self-publish in the US and only sold Random House UK his overseas writes. Howey writes:


Now, this is still new enough to me to leave me in a daze simply from typing the words, but it gets even better: The same book--self-published, mind you--has been picked up by Random House in the UK for a major hardback release. And while domestic publishers have made offers that would have had me swooning mere months ago, I have chosen to remain independent here in the States.

I currently enjoy the best of both worlds: The ability to write what I want and enjoy the generous royalties inherent with self-publishing domestically, while also working with a major publisher overseas to hone my craft and produce the best physical books possible. Because of this avalanche of good news, I've been blessed by IndieReader to come here today and thank you all for turning what once was a fanciful dream into a mind-numbing reality. Yeah, I'm thanking you.

Hopefully Hugh Howey's success is only the tip of a very large iceberg.


"Nathan Bransford On Self Publishing," copyright© 2012 by Karen Woodward.