Changes in Amazon's Algorithm: An Update 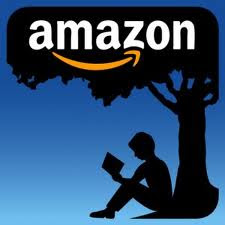 For a while I've been wondering if Amazon Select is worth enrolling ones books in considering the exclusivity clause. Recently the matter became even more complicated by Amazon changing their ranking algorithm, a change that directly and, in many cases drastically, affected book sales.

Since many indie authors rely on periodic giveaways to boost their book's rank, and therefore hopefully keep the book toward the top of Amazon's bestseller lists, this was a big deal. Edward Robertson has posted an invaluable series of articles on the changes Amazon has made to their algorithm and in my earlier article I promised to keep readers up to date. Well, here's the latest.

Robertson, in an attempt to figure out the full impact of the changes to Amazon's ranking algorithm, made his book, Breakers, free for a few days and his results were startling. Over the period of a few days nearly 26,000 copies of his book were downloaded, 173 were sold and 93 copies were borrowed. Here's the big news, though. At the end of that period his books ranking had dramatically increased. (See Robertson's post -- How Much Juice Is Left In Select? -- for full details.)


[W]hat does this mean long-term? I don't know. I'm trying not to know just yet, because I don't want to get my hopes up. But prior to this free run, Breakers was #121 on the Technothrillers popularity list and worse than #500 on Science Fiction > Adventure. On day three of its run, it improved to #10 Technothriller and #27 Sci-Fi > Adventure. Right now, it's #8 and #24. I'm guessing sales will slow down after an initial rush, but hold, driven by the pop lists, at a decent clip, for an unknown length of time. If that happens, I will be a very happy Ed.

I can imagine, I would be ecstatic! If Robertson's experience with Breakers is any indication the news for indie writers isn't bleak, it's quite the opposite. As Robertson writes, though, it's too early to draw sweeping conclusions.

Related Articles:
Amazon's Ranking Algorithm Has Changed: what this means for indie authors
An Indie Writer Shares His Experience With KDP Select
Self Publishing on Amazon: Kindle Direct Publishing


"Changes in Amazon's Algorithm: An Update," copyright© 2012 by Karen Woodward.