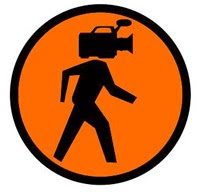 For months I have been thinking about making a vlog post. What prevented me? I had absolutely no idea how to go about it. I knew I had to have some sort of camera and I had to get the footage onto a website, but that was the extent of my hazy idea. I've found out a bit more, thanks to a few vlogs I discovered, and I thought you good folks might be interested.

First, a video by Myles Dyer who has been video blogging since 2006.

Second, a video Hank Green: How to Vlog: From the Vlogbrothers.

Looks simple? I thought so, until I watched Hank Green's video on how his "How to Vlog" video was edited descriptively entitled: An Hour of Me Editing a Vlog. He also put up a copy of the script he used here: As Part of a Project.

I've used my iPad to shoot some video of me rambling about something or other and I'm currently editing it using Adobe Premiere Elements 9. I'll put up the grainy footage on YouTube when it's ready and you all can chuckle. ;)

btw, found an interesting article on the top five vlogs: The Top 5 YouTube Vloggers And Why People Love Them.