Try-Fail Cycles And The Gap 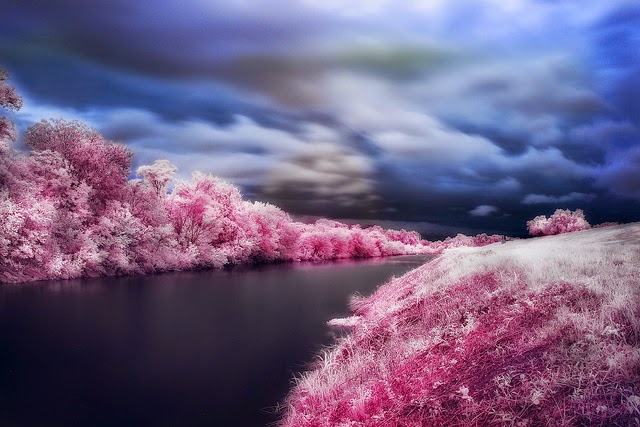 As many of you know, I’m reading Robert McKee’s, Story. It seems like each page—certainly each chapter—he looks at an old concept in a new way, one that reveals fresh and previously unsuspected dimensions of the writer’s craft. Today, I want to talk about a concept McKee introduces, one related to but distinct from try-fail cycles: the gap.

Try-Fail Cycles and The Gap

We’re all familiar with try-fail cycles. The protagonist wants something. He tries to get it. A complication is thrown in his way. He circumvents the complication and forges ahead seeking the object of his desire. Another complication gets in his way. And so on until the end of the scene when the character either achieves his object of desire or is denied it.

You see the pattern: desire, action, result. The protagonist desires something, tries to get it several times, fails each time because of a complication he didn’t foresee and then, finally, either achieves his desire or fails to do so.

I think the gap is a part of many, if not most, try-fail cycles. Here’s how McKee explains it in Story:

“The protagonist seeks an object of desire beyond his reach. Consciously or unconsciously he chooses to take a particular action, motivated by the thought or feeling that this act will cause the world to react in a way that will be a positive step toward achieving his desire. From his subjective point of view the action he has chosen seems minimal, conservative, yet sufficient to effect the reaction he wants. But the moment he takes this action, the objective realm of his inner life, personal relationships, or extra-personal world, or a combination of these, react in a way that’s more powerful or different than he expected.

“This reaction from his world blocks his desire, thwarting him and bending him further from his desire than he was before he took this action. Rather than evoking cooperation from his world, his action provokes forces of antagonism that open up the gap between his subjective expectation and the objective result, between what he thought would happen when he took his action and what in fact does happen between his sense of probability and true necessity.”

An Example of The Gap at Work: The Matrix

Mckee uses the script from Chinatown to illustrate the gap, and it is a terrific example, but I’m not going to use it. Why? Because McKee used it in his book of course it’s a great example! Of course it works! Instead, I’m going to look at one of my favorite movies, The Matrix.

There’s a scene at the beginning of The Matrix where Trinity is sitting in a room with police officers encircling her, their guns drawn, ready to shoot. Remember it? That’s the scene I want to talk about.

There aren’t a lot of try-fail cycles in this scene. Police officers try to arrest Trinity (as their lieutenant described her, “one little girl,”) and she kills them. Further, she kills them by doing things like running along walls and using visually stunning martial arts moves. (Later on she discovers that agents—beings who can kill her—are after her, but that’s later in the sequence.)

There are three perspectives we can view this scene from: Trinity, the police officers and the audience.

The expectation of the POLICE:
The police officers assume that, though this particular situation may be a little strange, they can handle it. After all, it’s only “one little girl.”

The reality the POLICE find:
The police find a young woman who has a fondness for black plastic, one who is a killing machine.

The expectation of the police and the reality they find are way off. There’s a huge gap. That’s part of what makes this scene interesting.

The expectation of TRINITY:
Trinity is suspicious that her line was tapped but she believes Cypher when he says it’s clean. She expects to receive the call that will allow her to escape the Matrix.

The reality TRINITY finds:
Not only doesn’t the call come, but police officers surround her, guns drawn. She’s not worried about the police, she knows she can handle them, but now she knows the line was tapped. How is that possible? What does it mean?

The expectation of the VIEWER:
The first time I watched The Matrix this scene was an eye-popper. I suspected Trinity was much more lethal than she seemed, but I had no idea what form that would take.

The reality:
The entire scene was extreme. First, it is not very often that one of the good guys kills police officers. That was shocking. Second, the way she killed them ... I don’t think anyone had seen anything like it before. The combination of martial arts moves and special effects was cinematic eye candy.

One of the things I like about McKee’s way of looking at scene building—his notion of the gap—is that it emphasizes the inner world of the character. It focuses the writer’s mind, as well as the readers/viewers, on the character’s thoughts and expectations. In so doing, it emphasizes that this inner world is going to be at variance with the world of the story. After all, if everything was exactly as our characters imagined there would be no story; at least, not an interesting one.