How Did Agatha Christie Hook Readers? 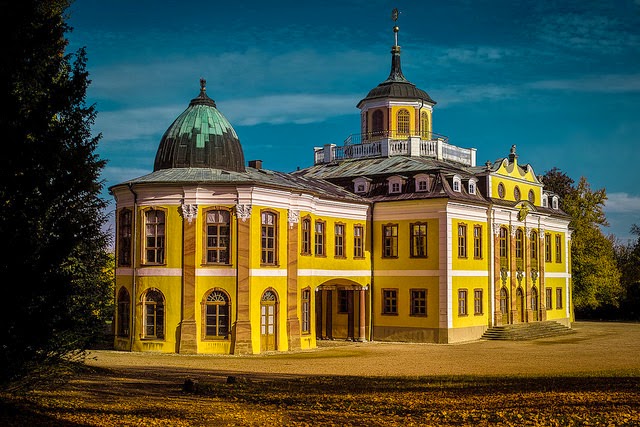 In previous posts I've written about Stephen King and how his prose possesses the almost magical quality of being able to draw me into his story world. (See: Free Indirect Discourse: How To Create A Window Into A Character's Soul.)

King gets me to care so deeply about his characters, to identify with them so fully, that even though I'm scared to death and half convinced a decomposing mummy has taken up residence under my bed (it's just waiting for me to stick an unprotected foot over the side), even so, I can't stop reading.

Of course she didn't have one. There is no piece of writing wisdom that, if whispered over an open grave at the exact moment of the vernal equinox, will transform one's prose into the equivalent of catnip for readers. Not even if it's spoken in latin. (More's the pity.)

I've always liked Christie's characters, they have always felt like the sort of people I would enjoy spending an evening with--well, most of them. Since one of these wonderfully charming people is a cold blooded killer I doubt I could ever become too comfortable!

The Opening Paragraphs of Murder at the Vicarage

Let's take a look at the opening to the first Miss Marple mystery, The Murder at the Vicarage. This book was published in 1930, four years after Christie's great success with The Murder of Roger Ackroyd. In fact, Christie acknowledged that the character of Caroline Sheppard was a prototype for Miss Marple.

Vicarage was written in first person from the perspective of--you guessed it--the vicar. Here's how it begins:

"It is difficult to know quite where to begin this story, but I have fixed my choice on a certain Wednesday at luncheon at the Vicarage. The conversation, though in the main irrelevant to the matter in hand, yet contained one or two suggestive incidents which influenced later developments.

"I had just finished carving some boiled beef (remarkably tough by the way) and on resuming my seat I remarked, in a spirit most unbecoming to my cloth, that any one who murdered Colonel Protheroe would be doing the world at large a service.

"'That'll be remembered against you when the old boy is found bathed in blood. Mary will give evidence, won't you, Mary? And describe how you brandished the carving knife in a vindictive manner.'

"Mary, who is in service at the Vicarage as a stepping‑stone to better things and higher wages, merely said in a loud, businesslike voice, "Greens," and thrust a cracked dish at him in a truculent manner."

Christie gets right to it. Although the murder doesn't occur for another five chapters she wastes no time letting her readers know what kind of book they're reading. She even gives us a broad hint about who is going to die and, for good measure, teases us with the idea that the murderer will turn out to be the vicar, or at least that he will be suspected of the crime. But he isn't, though it does get things off to a quick and interesting start.

Also, in that first paragraph we're told that the current scene contains "one or two suggestive incidents which influenced later developments." Right off the bat, the reader is busy hunting for clues and asking themselves which are the important bits and which are the red herrings.

One thing that jumps out at me immediately is the tone of the passage. It's light, witty, tongue firmly in cheek.

Christie pokes a bit of fun at the vicar, letting the reader see him as an old curmudgeon with a not-so-hidden soft streak. Dennis teases the vicar and then Christie effortlessly points the camera at Mary. In the same gently mocking tone we are told she is "in service at the Vicarage as a stepping-stone to better things" and then we are shown that she is an abominable housekeeper (she "thrust a cracked dish at him in a truculent manner").

Further, all the things Christie shows us are character traits which are connected to significant threads in the story itself. Mary's abominable housekeeping (and the vicar's wife's even more abominable housekeeping) is connected to at least one major clue and sets up one of the main sources of conflict between the vicar and Griselda: her unsuitability for the life of a parson's wife.

Griselda's unsuitability--or, rather, his unsuitability for her--leads the vicar to worry she is having an affair, but everything is tied up nicely in the end when Christie reveals that much of Griselda's odd behavior is due to the fact that she has been keeping a secret: she's pregnant! And very nervous about how her husband is going to take the news. Of course everything is tied up at the end with a bow and the soon-to-be parents are happy as blissful clams.

But we do know the important bits. We have a decent, though rough, idea of what each character's character is (I wish there was a more graceful way of saying that!). It is as though, with one or two strokes of her brush, Christie brought these characters to life. Not, perhaps, in the same way Stephen King does in, say, The Shining, but that's fine. Personally, I find it difficult--though (disturbingly) not impossible--to imagine King writing an English cosy.

Colonel Protheroe, the character who will be the victim, is mentioned in dialogue so, naturally, there's no description of him. Nevertheless we learn everything about him we need to know: he is so impossible to deal with that even a man of the cloth would dearly love to stick a carving knife in him.

"I had just finished carving some boiled beef (remarkably tough by the way) [...]"

In a first person narrative the protagonist speaks directly to the reader, but this isn't always glaringly obvious. In that aside to the reader--"remarkably tough by the way"--it feels to me as though the vicar took a break from his narrative, leaned close to me, and whispered a companionable warning about the quality of the beef.

Here we have not just a narrator speaking to a reader, they are gossiping. And it feels intimate and personal. That's the sort of thing a friend, a companion, would do. And that's the sort of thing--these little intimate peeks inside a character's soul--that draws me, as a reader, into a story. That sense of character, that sense of ... for lack of a better term ... aliveness.

This is something I've noticed about Stephen King's prose as well. I'm going to blog about it in the next few days so I won't go into it in depth here, but if you have a copy close at hand, take a look at the first few paragraphs of The Shining.

Back? Good. That first line: "Jack Torrance thought: Officious little prick," is shockingly intimate. It is as though we can read Jack's mind (it is almost as though, we too, have the shining). This tells us not only about the person Jack Torrance is speaking to, it tells us a lot about Jack Torrance himself.

(I would argue that King's first sentence is a lot like Christie's aside about the quality of the beef. Both are intimate, private, remarks make by characters who are reaching beyond the page to connect with you.)

As I reread those initial passages of The Shining I kept thinking, yes, Mr. Ullman isn't the warmest, nicest, person in the world, but there's really nothing wrong with him. Yes he probably looks down on Jack as a mere functionary, but, really, that's how Jack sees himself. What one word seems to sum up the Jack Torrance of those early passages? I'd say: angry. And that's one of the themes of the book, perhaps the dominant theme: Jack's anger and how he deals--or doesn't deal--with it.

Okay, I'd say that's enough for now. In the future I want to analyse two other books by Christie, their openings, in an attempt to pick up clues as to how she wove her spell. Will there be a common thread? Stay tuned!